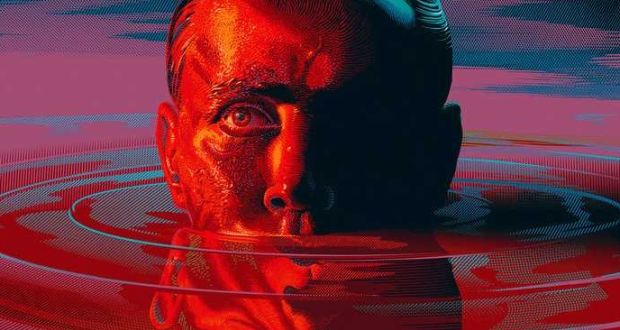 Lee Ashworth discovers that it would take so much more than a 4K restoration to bring Apocalypse Now into the 21st century.

18 years ago, I saw Apocalypse Now burn across the big screen for the first time at the release of the Redux (2001).  Innovations in digital technology and film making on an epic scale with films such as The Matrix (1999), Lord of the Rings (2001) and Crouching Tiger, Hidden Dragon (2000), saw audiences return to the cinema after the onslaught of video and DVD.  As Captain Willard was on his journey, I too was on mine, immersing myself in film.  Amidst it all, Apocalypse Now Redux was a wholly immersive experience.

Last night I visited Manchester’s HOME to see Apocalypse Now: Final Cut, preceded by Dutch Angle: Chas Gerretsen & Apocalypse Now (2019) and followed with a 30-minute recorded interview between Francis Ford Coppola and Steven Soderbergh from this year’s Tribeca.  Despite having seen the film a couple of times on DVD in the intervening years, I was enticed by the whole package and the prospect of experiencing it again on the big screen.  But as the film itself exposed the scorched earth in Willard’s wake, I found the words of another fallen idol and false prophet rattling around in my head: “Has the world changed or have I changed?”

For the same reasons that I initially had no intention of reviewing this film, you are unlikely to need a synopsis of Apocalypse Now, such is its endurance and standing in contemporary culture.  But for the uninitiated, ostensibly, Captain Willard (Sheen) has been hired for a classified operation to terminate (with extreme prejudice) Colonel Kurtz (Brando) who has gone rogue during the Vietnam conflict far up river beyond enemy territory in Cambodia.  Chronicling Willard’s journey up the treacherous Nung River, beset by the incompetence of his conscripted colleagues and the threat of enemies seen and unseen, the film is steeped in moments of rock and roll psychedelia, existentialism, geo-politics and fragments of TS Eliot’s modernism.  It also traces key events in Joseph Conrad’s classic novel of contemplative colonialism, Heart of Darkness.

This release has been prompted by a 4K scan of the film’s original negative print, whereas previous versions were made from an IP.  It’s also been processed using Dolby’s HDR (Dolby Vision).  Some of the colours in the more vivid scenes appear to have gained vibrancy and saturation yet it is visually where the film starts to reveal its age.  The visible grain in the lighter sky-filled sequences is distracting and one can’t help wondering if the 4K scan has done this no favours, drawing attention to the limitations of analogue film that is incongruous with the scale of the spectacle and the tone of the movie – it doesn’t look charming and within the context of the scale and bombast of this spectacle there is no scope to appreciate the nuances and limitations of the older medium here.

Again, it is striking – all the more so on the big screen, and all the more so given that the 4K restoration is part of the raison d’être for this further release – how out of focus many of the key shots are, particularly close-ups, especially of Sheen and Brando.  This escalates throughout the film but by the final, legendary denouement, it was hugely distracting – so much for the immersive power of big screen cinema here.  Is this an issue with Storaro?  Is it intentional, as part of a warped, distorted aesthetic?  If so, it’s too inconsistent to work.  Or was it due to the notoriously challenging nature of the shoot, beset by a typhoon, actors arriving late, illness and perhaps the impossibility of re-shooting imperfect key scenes?  Graham’s art direction, the scale of the set pieces and some of the lighting, particularly in Kurtz’s temple, still endure as dramatic and atmospheric and as with any great work of cinema, the structural elements become key players in revealing the drama. But for all the configuration and direction, so many scenes appear to be the result of the camera positioned and simply switched on.

When I saw the Redux, I was impressed by how the plantation sequence seemed to somehow provide a sticky, resinous glue between the episodic and fragmentary river journey and its grim destination.  It seemed obvious then, in retrospect, that something had been missing.  This time, aside from Sheen’s compelling gestures as he tries to listen and block the slanting sunlight from his eyes, shifting uncomfortably in his own skin as the guest embarrassed at his own presence amidst an intensifying family argument, the clumsy, cliched signalling of Roxanne Sarrault (Clément), the pointlessness of the tirade about French colonialism that feels disjointedly didactic and the jarringly trite score that accompanies bedroom scene… it seems miraculous that it has survived another cut of the film.

A recent Guardian article led with Coppola’s revelation that Apocalypse Now (1979) is not an anti-war film.  As the film erupted into the darkness last night, as Death From Above descended to the command of Kilgore (Duvall) and villagers were massacred all over again in 4K this time, Coppola’s statement increasingly rankled.  During the post-screening conversation with Soderbergh he revealed that he just wanted to make a big, exciting war movie in the manner of Guns of Navarone (1961) but that the project evolved in situ.  That seems increasingly obvious now.  Maybe it is not the film I once thought it was.  The story surrounding Colonel Kurtz is complex and mysterious, wilfully so.  The lack of an easy resolution is surely one of the most compelling factors that can lend enduring appeal to a film.  Initially, it appears that Kurtz – contra Mister Kurtz in Heart of Darkness – has gone rogue from the US Special Forces, and the American Military in general, through increasing exasperation with their own double standards in terms of morality… but ultimately Willard discovers a kind of Übermensch, obsessed with holding ‘the horror’ close and becoming more ruthlessly efficient and machine-like in the theatre of war, urging a nuclear strike in crimson capitals.  Willard’s journey is clearly an introspective one: he is questioning (silently) his own role as a pawn in this game, he is also exasperated by his brothers-in-arms and he comes face to face with the darkness in his own soul in Kurtz’s ‘methods’ for moving beyond all the chaos.  But there is no questioning of the grand narrative of the conflict, or of war itself, there is only the presentation of it which is open, as Coppola says, to charges of glamorisation.

The depiction of women in the film is also damningly redolent of its age.  The only women here are Playboy Bunnies, desperate villagers shot to pieces and the cardboard cut out of Roxanne Sarrault.  Maybe this is an alarmingly accurate male perspective from 1979, but it brings to the fore the question of the perspective of the film in general, especially one regarded as a touchstone of a more liberal and egalitarian mindset with a widely held assumption based on its unflinching portrayal of conflict that it was an anti-war film.  Whose is this imaginative landscape we are asked to inhabit?  Do we still want to be here?

Time and context is also a factor here too: we are in the throes of the Vietnam war as seen retrospectively at the end of the 1970’s and yet the mysticism inspired by the likes of The Golden Bough redolent in the final scenes with Kurtz, again, have not aged well. Here we find the familiar colonialist trope of indigenous people as anonymous, primitive, jungle dwelling savages, eager to accept the superiority of the great white man as their deified leader.  To be sure, Kurtz is exploiting them – but ‘them‘?  Non-Americans are otherised throughout the film, but where is the locus of legitimacy for the depiction of people at the temple?  It is not a documentary, clearly, and so here the fiction turns from an exposé of the horrors of war to something more primal and abstract, more mythical… but again, our imagination is being co-opted from the same dubious root of colonialism to which a defence of the film might appeal.

As I straightened my back after this cinematic marathon at HOME, my lasting image from Apocalypse Now is of the cow being hacked apart – the holy cow of a film still undergoing its own journey up river, where perhaps one of the all-time great performances in Martin Sheen’s Willard cannot save it from dismemberment in these changing times.