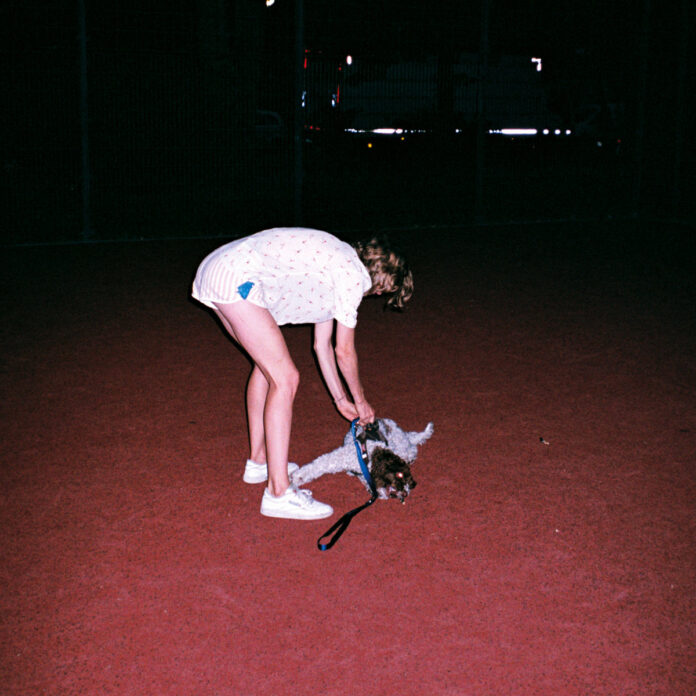 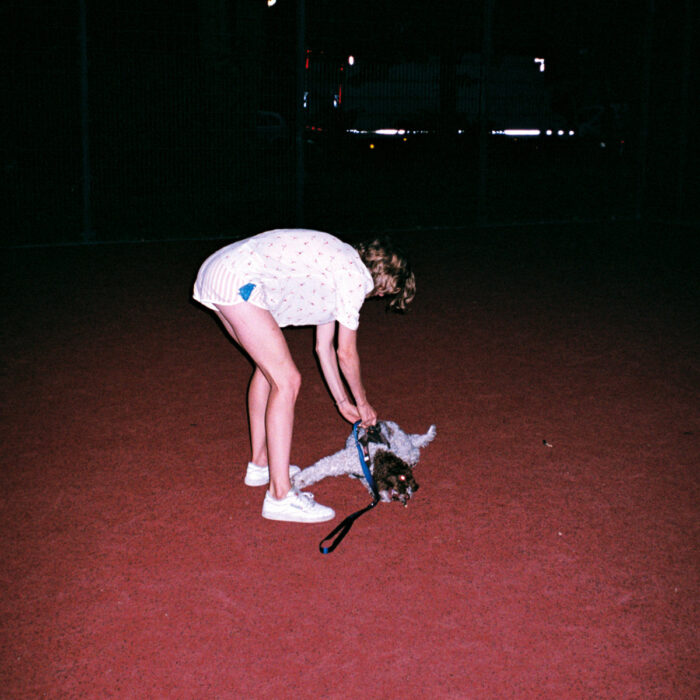 You know the archaic terms “girls band” and “boys band”? Back in the Pleistocene Age, when it was common currency to use phrases such as these, it could be said that Amsterdam’s Apneu, (all lads at the time), was a girls band. Now, though still proudly burgers of 020, and given a kick up the ladder with the addition of underground stalwart, Nora Uitterlinden on drums, they seem to have morphed into a boys band. Reviews (mostly from men but when was it ever anything different) have heaped praise on Silvester, their 3rd LP, now out on the Netherland’s most cussed and giving label, Subroutine.

Why do I say that? Well, Silvester sounds like it’s pretty serious, soul-searching stuff. Previously, especially on their rambunctious second LP Hard Feelings, Apneu dealt in tales of late night debauches lightly worn and affaires du coeur that lasted the standard length of an Amsterdam affair, (one week). Singer Erik Schumacher would do his best Pete Shelley shrug and spit out cocky vocal one-liners that matched up to their song titles such as ‘Moronica Lewinsky’. The band would crunch out another power chord and then wrap everything up a set to go and score some pizza and supermarket beer. They were fun to watch and listen to, akin to listening in on your best mates’ gossip. Now they’ve done that boys band thing and made a “difficult” album.

I’m going to start by admitting to a mistake that really shaped the way I initially took in Silvester. Just like the old “boy/girl band / difficult album” phrases, I reverted to the past when I stuck the needle on the record. I have an old amp and had been listening to some old mono records. And I forgot to switch the mix back (blame age, oldness, etc.). The mono mix of opening tracks ‘This Love Is Better For You’ and ‘Porcelain’ that came out of the speakers sounded like Erik, with his newly brittle, sensitive vocal style, was being mercilessly beaten up by the noise, especially from his rhythm section. Nora’s disciplined assault and the cavernous bass lines summoned up by Joeri Joustra felt like they were overwhelming any of the clever sensibilities drawn up by guitarist Ruben Braeken and Schumacher. This feeling of weltschmerz didn’t go away when I listened to the stereo mix, either. Although inevitably a refined and lighter listen, it was noticeable that the band’s simple throwaway charm had been replaced by unforeseen complexities in the writing and arrangement. Most noticeable of all was the openness and vulnerability on Schumacher’s behalf, delivering stories full of doubt and anxiety and frustration over a regimented set of snarling guitar licks. Tracks like ‘Sugar Rush’ sound unexpectedly tetchy. And ‘Stay Stupid’ sounds full of regret.

These stories are also very personal, no longer looking outward but reflecting inwards. For instance, the lines like “back at the bunker” in ‘All These Sounds Rewind’,  I presume, refer to the Vondelbunker where Amsterdam’s Bright Young Things would flit about and paw at each other. Now it’s the setting for a remorseful reminiscence (with Schumacher “seeing through people’s fantasies”) about what’s seemingly not coming back. Everything ends in a muted growl of guitar feedback from the ever resourceful Braeken.

Who’d have thunk it?

And, wait for it, there are slowies on Silvester that really are slowies, acting as soliloquies in the sense they are genuine genuflections about life and “stuff” (‘Devon Sang’ and the lovely ‘Chuck Beverly’). I think this is why the record is received as an important one…

Enough snark. At this rate I could replace Erik in a 2015 version of the band…  It is a very good record, yes, agreed, one that does need a few plays and some distance, and maybe no previous knowledge of them. Sometimes the tracks stumble over their own honesty, but this rough and slightly soiled charm the band now shows hints at hidden braveries and intelligences. The last few tracks – especially the terrific ‘Ballet of the Fish On Dry Land That Walks On Its Hands’ – hint at something elegiac, a little out of reach at the moment but maybe something that can definitely be something more.  And Silvester does mark out new territory for Apneu. An odd, but beguiling record, at once tough and vulnerable and almost revelling in a set of hard luck stories, ghosting their old audience. I like it. Honestly!