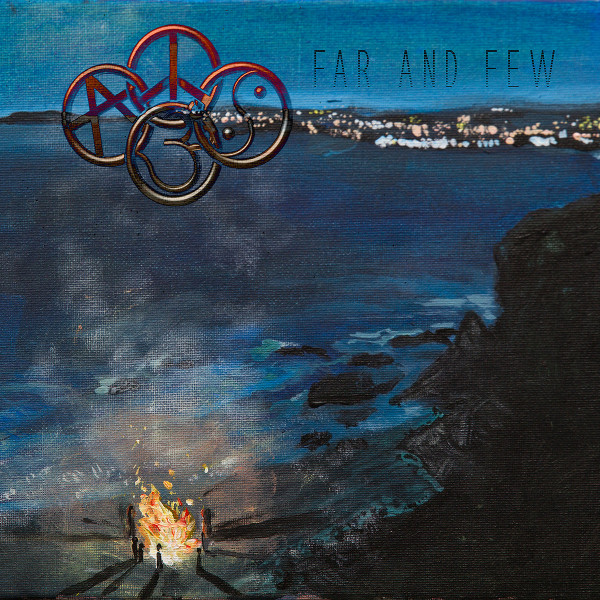 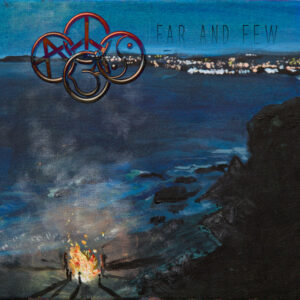 First a bit of background to the band. If you already know who AOS3 are, you can skip this paragraph or indulge in some misty eyed nostalgia. AOS3 originated in the North East as we entered the 1990s and quickly established themselves among the squatter, traveller and crusty punk scenes with their blend of ska, reggae and punk augmented with samples – sitting alongside the likes of RDF, Citizen Fish and Back To The Planet.  While embracing some of the psychedelia/drug culture of those scenes (their name has connections to LSD) and occasional forays into occultism, they always came across as more politically insightful and more upbeat than their peers. Songs such as “Confrontation in Trafalgar Square” (about the Poll Tax “riot”), “Warrior Nation” (British foreign policy) and “Bush is on the Golf Course” (a little ditty about George senior being stoned) gave a good mix of politics, anger and humour. By day we sabbed hunts, stopped roads being built or fought fascists and by night this was our soundtrack.  After a demo and 2 LPs they dissolved, with singer John joining the first iteration of PAIN. Fast forward to this decade and they have been gigging again, including many appearances at punk all-dayers and festivals alike, building a reputation among the new generation of crusties – some perhaps the children of people who watched them first time round.

This new LP – the first in over 20 years –  opens with a brief intro featuring a rewording of Thatcher’s words entering No 10, delivered in an imperious impersonation in the fine tradition of Crass: “Where there is harmony may we bring dischord. Where there is truth may we bring error. Where there is faith may we bring doubt and where there is hope may we bring despair”. It serves as a marker for the band’s roots and a reminder why so many of our generation still hold utter contempt for an administration from 30 years ago. (For more on that I thoroughly recommend Andy T’s “I Still Hate Thatcher“).   It sets the tone for a record that throughout touches on how manipulated, monetised, enslaved and endebted the people of this country have become – and it all started with Thatcher!

Our first song proper “Ritalin” is a right barnstormer, possibly my favourite purely down to its catchiness. Upbeat ska with a catchy twangy Two Tone style guitar hook and an even catchier shout-along football terrace chorus: “ADHD…Ritalin for the kids”.  I have absent-mindedly found myself singing along “ACAB” a few times.  Maybe this was intentional from the band, maybe a subliminal influence, or maybe it’s just me for whom 4 letters beginning with an A brings this Pavlovian response.  As the song progresses they also drop in a pastiche of (or a situationist 2 fingers to, if you prefer) Pink Floyd’s “Another Brick in the Wall” putting “We dont need no medication” to the famous chorus. A well crafted song showing that time has not dulled these sharp minds. And for those who don’t know, Ritalin is a drug used to “calm down” children with “behavioural problems”. If they’d had that in the 60s we’d probably still be living in the world before punk!

“Living in a Barcode” steps down a gear into spacey festival dub, lamenting the commoditisation of all of us.  The harmonised refrain is another stand out moment from this album: “I’m living in a barcode, strictly day to day. My life has been shrink wrapped  and marketed away” Throughout there is a narrative referencing a host of credit and charge cards as if offering up the descent into addiction from “gateway drugs” at a NA meeting.   Very clever, and frighteningly real. “I’m collecting debt….I’m a debt collector” is a great example of AOS3’s poetic wordplay.

The title of “Last of the Summer of 77” made me laugh out loud as some of the “punk” acts doing the rounds are as edgy and radical as 3 old gits in a bathtub rolling down a hill on Sunday night on the Beeb. A mellow but dancey verse switches to a chorus that combines heaviness with a sense of hippydom.  It takes a poetic bittersweet look at those who hung onto the punk scene over the last 40 years as it twisted and turned, or fell by the wayside.  It is well paired with the following “Goodnight John” – a tale of a young man’s death turned marketing tool (the John in question being John Simon Ritchie AKA Sid Vicious). On this one the fuzzbox guitar really comes to the fore, and with rising and falling keyboards on top of a chuggy driving rhythm it really takes us into the realms of space rock. Its not quite Hawkwind but it’s in the same headspace.

Back down to earth again, “The Boy Who Cried” is a reggae number with some saxophone that evokes the memory of 70s british reggae.  A tribute to men who feel emotion which, let’s face it, is the root of all political activists who really mean it and don’t just adopt the pose.   “Free Hat” is more upbeat with a nice guitar hook to direct it. It amused me with its talk of “wearing the anarchy hat”, cartoon samples and a refrain of “free the hat”. Comedy to effect, it ridicules the uniforms so many of us adopt in our desire to rebel (or to belong?).

“Friendly fire” has more of that space rock going down, really reminding me of Planet Gong (Floating Anarchy etc) and when the chuggy guitar riffs kick in bring to mind Faith No More and old festival stalwarts Senser. By the way, those are good things in my book.  As the title suggests, it is about the futility of war – an ever present feature of modern life.  “Dred-It” brings us back to the theme of credit card debt. A sing-song dub-ska tune with some spacey guitar and a whistled melody (which also featured in the opening track).  Rapped lyrics and a sung chorus tackle the real debt crisis – it’s not the national debt, it’s the indebtedness of the people of this country that is the problem.  And austerity has made it worse – shifting the pain from state to individuals?

“Churchill” is another dancey-skanky number.  The middle spoken section is powerful with as much bile as Crass or Chumbawamba in their early, angry, years. Questioning what freedom means (“Freedom to Kill in the name of…?”) it’s also a tribute to the great situationist prank that gave Churchill’s statue in Whitehall a green mohawk and spliff. Great days!

The acoustic guitar and vocal melodies of “Waters Edge” stand out from the rest of the LP – almost as if it’s a different band. It’s a song of despair and I wondered if the band’s grief issues spilled into these songs, given that guitarist Crispian passed away while they were recording the album.  In the song it has all got too much and the singer is stood at the water’s edge.  I found myself wondering: “Is this really a song about taking the Reggie Perrin way out?”.  Then up comes the final song “Sinking Sands” (which sounds very much like AOS3 of old) and, yes, the opening line is “I did not get where I am today….” plus there’s a reference to Sunshine Desserts.  Yet more play on words and double meaning deserves saluting in the chorus  “We’re just a little Reggie band”.

Always a thinking punk’s band, this album takes in a range of musical  styles – perhaps the rare occasion where the over-used word “eclectic” could validly be deployed – but it’s not a case of gimmickry and mimicry. There is some high quality song writing here that displays maturation of their craft. The recurring and connecting themes speak of our times but also make this an album rather than just a collection of songs, if you get my drift.  From first listen when I wasn’t so sure about 80% of the LP, I am now blown away by how much is going on.

And don’t forget the packaging, kids! The painting on the front cover could be mistaken for a photo at a glance.  Artwork and booklet notes are intelligent and amusing with photos of the huge AOS3 family from across the years.  The semi-translucent electric blue vinyl goes with the overall feel of the record and a bonus track on the CD will be a welcome return for old fans of the band but I won’t ruin the surprise.