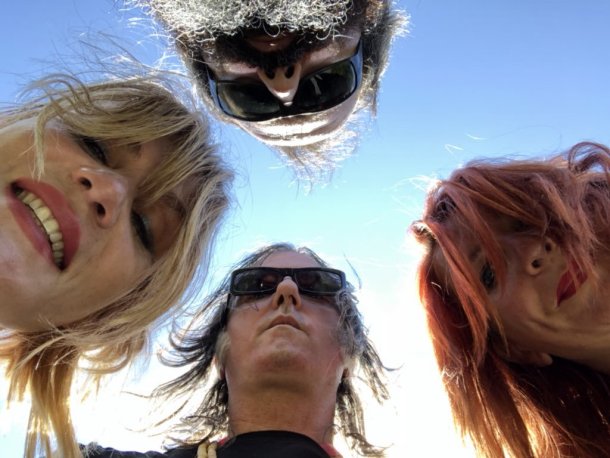 Check out the new track ‘Dreams’ to be released by L’Épée, the newly formed collective made up between Anton Newcombe , Emmaunelle Seigner and Lionel & Marie Liminana.

Sexy, Sassy and something very much sonically ‘in the know’, and it doesn’t hold back either with drums and bass firmly up front and all set off to one raucous riff. But perhaps the most significant things about ‘Dreams’ is the voice of Emmaunelle Seigner. The both very much acclaimed model and actress teams up with the Brian Jonestown Massacre singer-song writer as well as Lionel & Marie Liminana of  ‘The Limiñanas’, who last year released the amazing album ‘Shadow People’.. for the L’Épée’s new 12″ debut single which is to be released May 15th.

Recorded in France and Antons studio in Berlin the production on ‘Dreams’ is truly cinematic. An effect created between Newcombe’s own trademark backdrop of wild-frontier psychedelic rock guitar, but this time locked into the formidable rhythm and beat of  ‘The Limiñanas’. And over the top of all that complementing both with much finesse is the cool/seductive vocal of Emmaunelle Seigner.

Below Anton dropped by to talk briefly on L’Épée, the new single, Emmaunelle Seigner and possible live shows 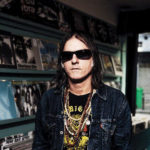 L’Épée is made up of yourself, Emmaunelle Seigner and Lionel & Marie Liminana – how did you all originally come together and start playing/recording as a group?

Anton – I recorded a song with soko, and that led to a press day in Paris and a gift from her manager – a liminanas album. That led to me trying to get my French agents to book them with no success to having them play support in Paris and their project exploding on the scene.

They asked me to produce an album, then asked that I work on Emmanuelle’s solo album. Once I started to mess with ‘dreams’ etc I called Emmanuelle up and said listen “this isn’t rich movie star hires two psyche gods to make an album, we are equals and this is a super-group now – let me come up with a name”.. haha. Anyway, I respect everyone involved from my engineer Andrea, so this is fun for me.

To me it’s like Emmanuelle staring in her own movie about the end of the world or something. I like that when I went to record my part it was just deafening feedback and very loud and they were all stunned but I said hold on and placed it in the mix – violla

This release is a 3 track 12″ single vinyl coming in deluxe packaging, with the actual full length album due for release this summer..you pleased with the finished product .Will there be any live shows maybe after the release?

I’m very pleased and looking forward to making another album if we can. I’m sure we will play but you know, I told Emanuelle I am not interested in lugging an amp and sleeping in a van. Been there, done that – I want to play events.