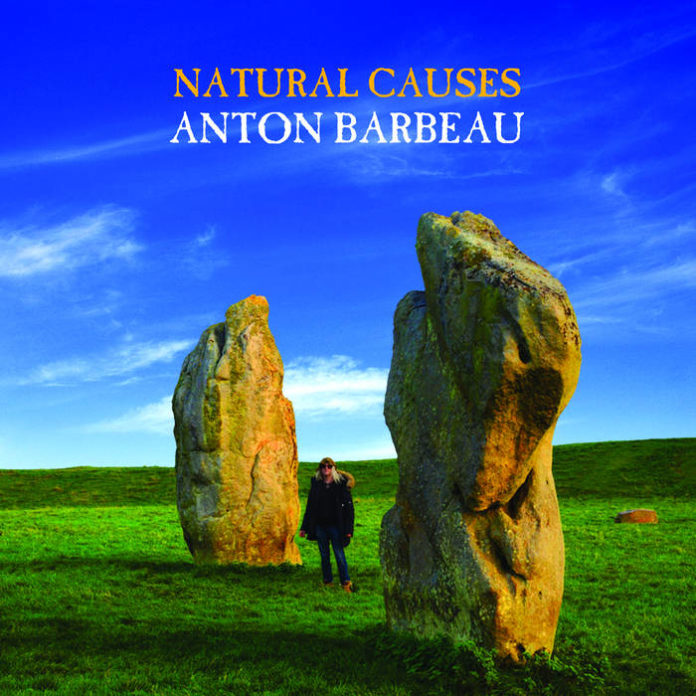 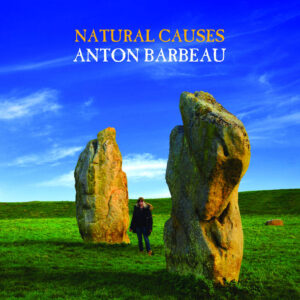 The most recent two albums by Psych Pop multi-instrumentalist Barbeau, with musical assistance from Nick Saloman (Bevis Frond) and the Soft Boys’ Andy Metcalfe and Morris Windsor among others…..Ian Canty is charmed, but also forced to ponder if it really is his coffee making him mad…..

I first encountered Mr Barbeau’s work on the excellent Second Wave compilation (reviewed here). There he appears under the two pseudonyms Kenny and Giacomo & Carolina, but here are the last two LPs put out under his own name. They display all the signs of an artist with considerable vision. Each platter is different in its presentation, but they are both kitted out with finely observed and acute lyrics, plus a clear knack for melody. They are also, most importantly, consistently enjoyable too.

The earlier of the two sets examined herein, 2018’s Natural Causes is beautifully arranged, either verdantly lush or sharply austere when the needs arises, often during the course of the same song. There’s an epic quality to the fully realised pieces here that retain a playful lightness of touch, which keeps them from becoming over-grandiose. The ambition to create “big” Pop Music is kept on a tight leash to prevent it becoming bloated – actually quite a tricky thing to do, but Anton manages it with aplomb.

Natural Causes, through its separate songs, ebbs and flows deftly like the fine album it is. A true and complete piece, with its own intro and outro setting out its boundaries. Magazine Street, which comes directly after the brief “circus barker” introduction, is driving acoustic Folk Pop with some truly heavenly sections and It’s The Coffee That Makes The Man Go Mad follows in similar style. I felt there was a little of Nick Lowe’s wry punning to Disambiguation, which is also garnished with a heartbreakingly lovely but simple synth line.

The ominous images of Secretion Of The Wafer’s lyrics are mirrored musically by some doomy but effective keyboard work, something that is a bit of a theme on the album. The following song Magic Sandwiches is a key piece to Natural Causes, which after a savage rumble develops into a colourful and graceful piece of Modern Psychedelia. In its aftermath comes Summer Of Gold, a chilled comedown, with a stately pace and a hint of otherworldliness like early Bowie. It’s a beautiful semi-ballad and a prime demonstration of Anton’s skill at creating a mood. The breezy Just Passing By Charms has some great guitar work on it and contrasts nicely with alternately reflective and then ecstatic Neck Pillow.

If Creepy Tray again shows Barbeau’s feel for offbeat subject matter it made me think of New Musik, the largely forgotten but Fab late 70s New Wave act. Down Around The Radio provides an engaging piano-led Folk Pop conclusion to Natural Causes (bar the brief electronics blast of (ultimate outro)), the beginning with backwards voices again helping to blend in a little Psych madness to the brew. Simply this is a great album with depth, good songs, its own sound and real imagination.

Berliner Grotesk is Anton’s new record, mainly a “true” solo effort. Morris Windsor, drummer of the Soft Boys, plays on the title track, Julia VBH sings on The Gruff Exterminator and don’tforgettogetyourfingerwet (and yes it is spelt like that on the CD sleeve) has some trumpet from Paul Kuchenbuch. But those sterling contributions aside, it is all Barbeau’s own work. Probably because of that, this record feels personal in its pared down approach. If there is a sparser landscape musically employed here, it is however very effective.

The title track has a suitably twisted Germanic theatrical touch which coupled with following effort, I Been To Bromley, brought one David Bowie to mind for me. I’m not sure if this is deliberate, but stretching a point thematically the two albums are different sound-wise which is somewhat akin to DB’s huge changes of direction whilst keeping a consistency in approach. Anyway, Anton’s voice has a slight quaver to it all of its own, which plus his individual viewpoint on things sets him apart.

The stripped-back feel which pervades Berliner Grotesk makes the occasional flourish have real impact. Also along the way somehow he manages to turn Love Me Do into a pretty good Pop Reggae effort. The appearance by Morris Windsor of the Soft Boys is appropriate as Anton has some of Robyn Hitchcock’s verve for the eerie and if the songs on this LP echo that a little, they’re definitely stamped through with Barbeau’s own slant. Down Weird Dog, for instance, has an odd storyline played out during the short running time including some cracking lines. 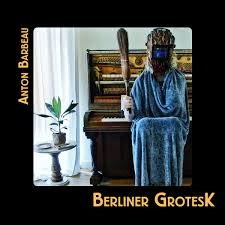 The Gruff Exterminator is a quality character study and Baby Can You? recalls at various time the boogie piano of Fats Domino and the classic song-writing smarts of Gerry Rafferty – not a combination you would put together, but it really works. The slightly unsettling and macabre subject matter of fantasy song Horns (which entails gluing horns on someone’s head!) prefaces the pure Beat Pop of Not The World’s Most Wave-Formed Man. This self mocking epistle concludes sadly “I try the patience of the unfortunate souls who fall to my love”.

A glittering piano slowie in the form of Disaster On Sandwich Island, the good-natured strum of don’tforgettogetyourfingerwet and Boxcat Blues bring things to a close. The last of those three conjures up the more Psych urges of XTC and poses the question “Do you want a cup of tea”? After this, yes! Berliner Grotesk is almost as different from Natural Causes as two records from the same artist could be, but just as satisfying.

In the Second Wave review I said that Anton Barbeau was “a real Pop maverick in the making”. Turns out I was wrong. These albums prove he’s clearly a fully formed Pop maverick, bringing the magic elements of imagination and innovation to his craft. The kind of artist you discover and will want to track back on whatever he’s done on the past and keep a keen eye out for what he does in the future. Natural Causes and Berliner Grotesk are fine recordings with perhaps the former being the perfect introduction to Barbeau’s work and the latter a uniquely twisted pleasure. Which ever you choose is a direct route to fun, but don’t blame me if it becomes addictive…