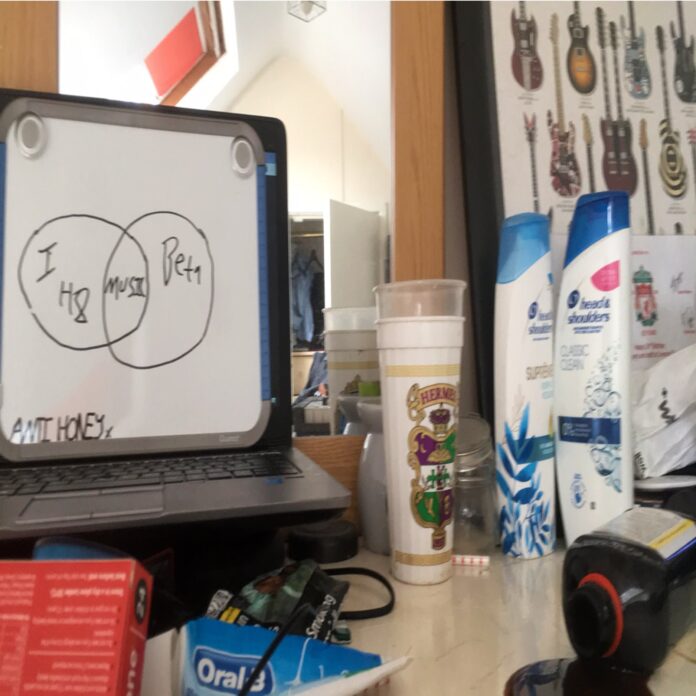 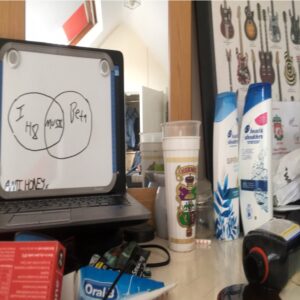 Chester based artist Anti Honey have released their debut single, I Hate Music, for streaming.

I say ‘their’ but I guess that should really be ‘his’ with Anti Honey being a concept created by James Kitchen because ‘he doesn’t want to release music under his own name’.

Whilst claiming to have a limited knowledge of the software he uses to create his music and only a basic competence for instruments and vocals, he actually does a good job delivering all guitars, vocals, synths, programming and drum parts. This approach, and the rough DIY feel to the recordings immediately took me back to 1997 and the first releases by Badly Drawn Boy. For all the edginess there is a talent here looking to break out.

Both songs see James delivering cynical tirades about the state of music in 2021. He explains, ‘I Hate Music and Beta Music are about how music is the best and worst thing in my life’.

How did Anti Honey come about? ‘The ‘band’ started up like any band starts up really. Boredom, a flash of inspiration and a crippling anxiety that you’re doing nothing with your life. Over the last year, I’ve listened to every song the Fall have ever recorded as well, from Live At The Witch Trials onwards, which is possibly reason enough to drive anyone to the edge and provide realisation something needed to change!’

Personally, I’d suggest spending a year working through the recorded works of Mark E.Smith and The Fall is probably not the worst of ways to get through lockdown! I’m sure James won’t have been the only one.

The tracks on this release are both loud and fast. They contain no subtlety, no guitar solos and plenty of shouting although there is enough variety to make you want to hear more.

Anti Honey will be playing at the Loud And Local Festival in Chester on Sunday 29th August.