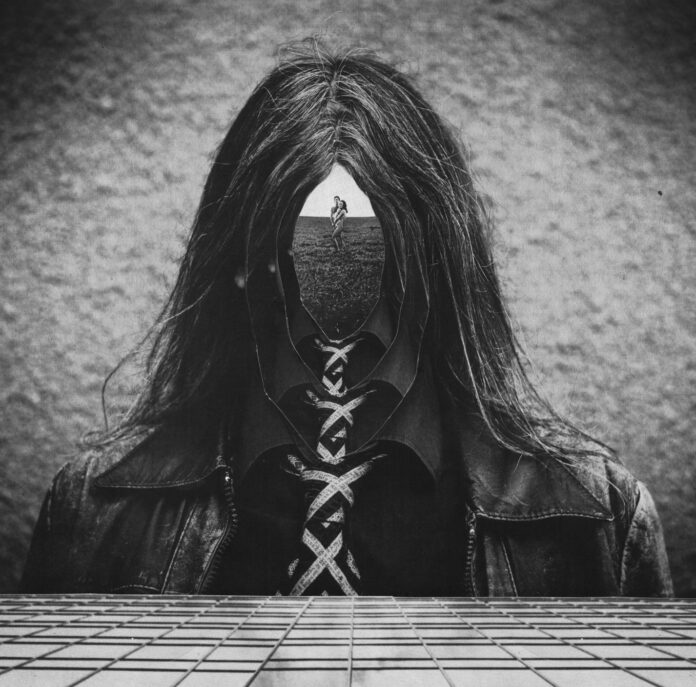 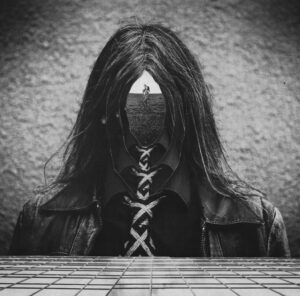 Paul Allen of Bristolian legends The Heads has teamed up with Gareth Turner and Jesse Webb of Big Naturals to deliver an album of contemporary psych that draws just as much inspiration from punk and alternative rock as it does Syd Barrett, 13th Floor Elevators, Hawkwind and anything off the famous Nuggets compilation.

From the hypnotic riffs, early Black Sabbath vocals and frenetic fretboard fireworks of album opener Returning until the solitary organ of New Impossibilities Part 3, ‘Outside The Circle’ unashamedly flies its freak flag high for all to see.  Allen’s voice undulates with liquid phase; drones ring out in to space and crash into rocket ship synths; guitars screech and wail and sing amidst cacophonous soundscapes.  Every note and beat hold within them a sense of malevolence, as if the band are poised on the edge of madness.  Some of the songs feel like a cathartic release, an act therapy, or perhaps even exorcism.  Psych, traditionally short for psychedelic; one feels psychotic might be more appropriate.

The heavy blues rock of Dead Man On The Scene excites with some frantic drum licks and wild guitar solos set to fuzz o’ plenty, whilst Hendrix sounds like a desperate race to the finish; Barrett-esq pop descending into the backwards guitar studio wizardry of the song’s namesake at his most experimental.

Crow With A Sore Throat is the most contemporary sounding track on the album with a robotic fuzz riff reminiscent of Aphex Twin or anything at the more aggressive end of the electronic spectrum.  A villainous vocal deadpans over it all before the closing solo which comes across like an angry Stylophone having a panic attack.

Anthroprophh save the really weird stuff for the title track; a nine-minute instrumental of sci-fi sound effects, retro synths, waves of delay and fits of erratic guitar.  It feels like one big expressionistic sound-collage, drawing on many of the timbres that make up the short instrumental pieces that knit the whole album together.  And this album certainly works best as an album, to be listened to in its entirety.  Many of the short instrumentals flow into the songs, giving everything a sense of unity and progression.  The sombre denouement comes courtesy of a lonely drawbridge organ accompanied by the pit pat of a gentle rain shower.  It’s a melancholic finale but there’s no sense of an anti-climax, instead you just want to jump right back in to the madness.

Anthroprophh can be found on Facebook, and Paul Allen tweets as @rockprof72

All words by Ben Tansey. More from Ben and can be found at his Author Archive.