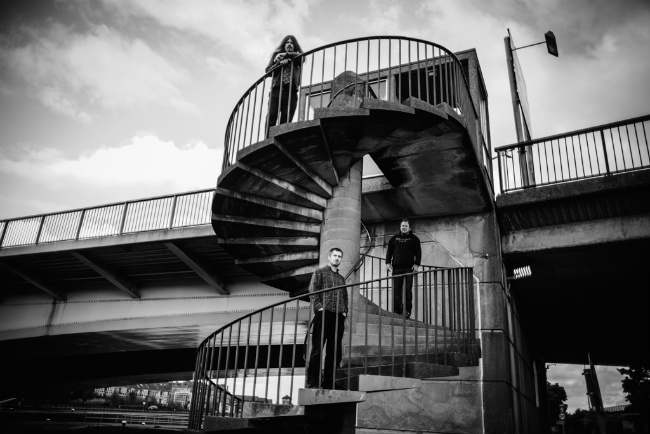 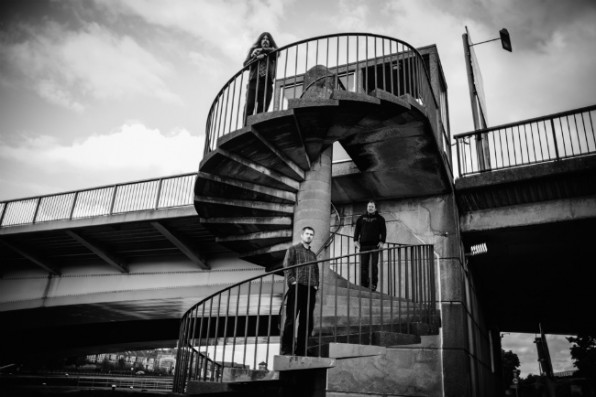 Experimental psych / kraut / space rock doesn’t get any better than long time Louder Than War  favourites Anthroprophh. So it brings us immense pleasure to be able to pass on the news that a new album from the three-piece is around the corner.

The mighty Rocket Recordings (who as far as we can tell are yet to put out a duff album what with a roster that includes bands like GOAT, GNOD, Teeth of the Sea, Hills and Mugstar) have just announced details about a new album from Anthroprophh whose previous two albums we’ve given glowing reviews to both HERE and HERE. Titled Outside The Circle it’s due out on 15th September and one feels it’s destined to end up somewhere near the top of our end of year “best albums” list even before we hear it.

Amongst other things that we’ve said about Anthroprophh in the past have been:

“An amazing experience and a fantastic album, Precession is nothing short of a masterpiece. The journey on which the listener is taken on is exquisite, in parts breathtaking,  across a vast expansive sonic landscape, making this is an album that has to be heard in full to be fully appreciated.”

If the Silver Surfer (Marvel Comics superhero – ed) owns an Ipod, you really wouldn’t be surprised if you found Anthroprophh blaring out of it.

For those who don’t already know, Anthroprophh are Paul Allen from the Heads and Gareth Turner and Jesse Webb from the Big Naturals, another band we’ve reviewed glowingly on these pages both HERE and HERE in the past.

The Heads are known to have been highly influential in the genesis of the genre “psych”, with none other than Ripley Johnson of Wooden Shjips being a professed fan (Wooden Shjips of course recorded a split with The Heads back in 2008.) The fact that The Heads have been on semi-permanent hiatus for a good while now has done nothing to damage their cult status and quite simply the exploration of their back catalogue is a must for anyone with even so much of a vague interest in any of the “rock” genres “psych”, “space” and “kraut”.

In other news, there’s good tidings in store for those of you yet to explore the Heads back catalogue as just last week Rooster Records, in conjunction with Forte Distribution, announced the long overdue reissue of the Heads second album, Everybody Knows We Got Nowhere. It’s due out a couple of weeks after the Anthroprophh album, on 28th September, and you can check out a frankly awesome sampler of three tracks off the album on Soundcloud.

Getting back to the Anthroprophh album, here’s some spiel from the press release about it:

From the sci-fi doom-out of the appropriately-titled ‘Space Box Zonk Machine’ via the unnerving primitive electronica of ‘Gottmelt’ to the early-Monster Magnet-damaged finale ‘See’, no sacred stone is left unturned here. Yet at all times ‘Prof’’s guitar rages through the ether, all banshee howls and fiery tumult; a kaleidoscopic union between Helios Creed and the Velvet Underground of ‘I Heard Her Call My Name’. Outside The Circle resides at a moment whereby fifty years of psychedelic culture and esoteric art messily collide and morph into an ornery and intimidating new elixir. From Terry-Nutkins-alikes to fresh-faced ingenues, few freaks can remain impervious to this peerless display of frontier-destroying, mind-melting malevolence.

Crow With Sore Throat is the first cut taken from Outside The Circle, check it out in all its “fuzzed to the max” glory below: