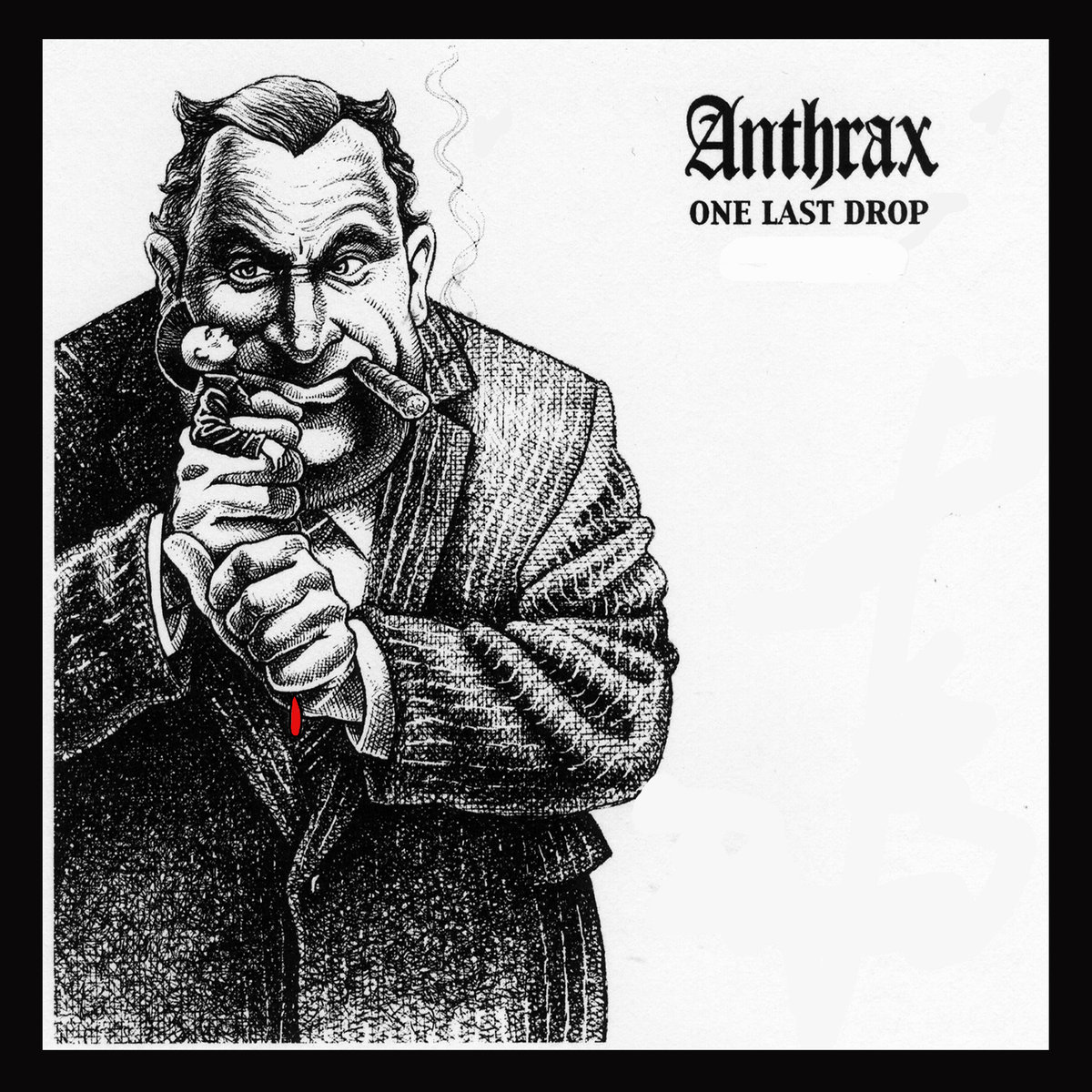 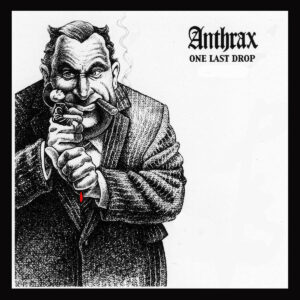 Anthrax – One Last Drop (Grow Your Own Records)
LP
Out Now

As this collection of 1980s tracks from Kent anarchist punks Anthrax gets a new pressing on see-through red vinyl, Nathan Brown takes a trip down memory lane. We are still waiting for him to come back.

“You know Anthrax?!” exclaims Mike, the Louder Than War album reviews editor, before deflating, “Oh, not THAT Anthrax.” A common misunderstanding, which I ought to clear up at the outset. Before anyone had heard of the Judge Dredd loving New York thrashers, this mob were building a name for themselves playing the pubs of Gravesend and London as part of a thriving punk movement. I first found them via the Bullshit Detector 2 compilation album released by Crass and then couldn’t get enough of them.

Now, I will freely admit to hypocrisy regarding this LP. I am pretty bored of the backward looking tide of retrospective that has swamped the punk scene (especially with all the “40 years” nonsense) but then something like this comes along and I do an about turn, drop my ire and give up a little cheer. Why? Of the many bands who Crass provided with an outlet to the world, something marked Anthrax out as a bit special. A combination of fine tunes, intelligent lyrics, angry yet audible delivery and vivid imagery. The cover/poster of their Capitalism is Cannibalism single for Crass in 1982 is an absolute classic. It summed up the developing body of thought that it wasn’t just the government but big business that was fucking up people’s lives from cradle to grave. But rather than a dry book full of long words, this vital message was put over in a vivid, accessible piece of art. That body of thought would lead to Stop The City, and is still alive today in the alternative economy DIY punk culture helped to grow. They may not have the been the first to point the finger, but they were the first punk band I remember to talk about ‘capitalism’ by name rather than a vague notion of ‘the system’.

I’m lucky enough to have a copy of that single, but I never got a copy of their Small Wonder release, They’ve Got It All Wrong – another four belting tracks but for me the title track and Exploitation were particularly outstanding. The message behind both songs was that capitalism was rife within the supposedly anti-capitalist punk scene.  And the music had taken a turn for the more melodic without losing any of its punch.

You can get this LP for a lot less than even one of those EPs would set you back via discogs, eBay or a record dealer – which is one of the arguments in favour of re-issuing old material. So, if you are an old git like me wanting to reminisce or fill a “must have” hole but balking at the price of the original releases, or a young punk seeking to backfill your collection with some older bands, here’s your chance. But act quick, they’ve only pressed up 200!

In addition to both these classic EPs, this album features the band’s demos, and a couple of live tracks. As an anthology of their ’80s output (the band having reformed about ten years ago) it has the lot, including tracks from compilation albums on Crass and Mortarhate.

The front cover of the LP is a reworking of the business-man figure from Capitalism is Cannibalism squeezing the last drop of blood out of a punk, while the back is the original front cover from They’ve Got It All Wrong. That’s not all though. In true Crass-tafaraian style, the sleeve is a six-panel fold out: You get the Crass single front cover art, original sketches of that image by The Tasty M, lyrics and a brief write up from the band. Then flip it over and what have you got? The original poster from Capitalism is Cannibalism, only bigger. “Capitalism gives opportunities in life….anarchy gives life”. And all for a bargain price. Capitalist record labels rip you off, Anthrax give you value! You might guess that I’m sold. I’ll give up trying to find that Small Wonder single now.

You can order the vinyl or download from their bandcamp page and find the band on Facebook.