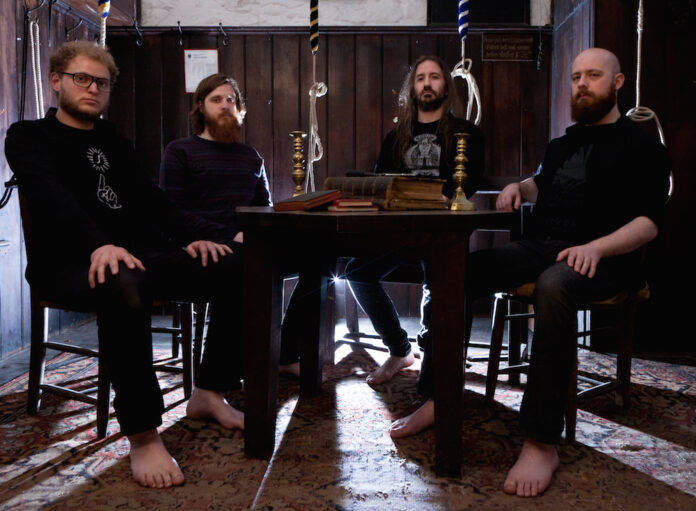 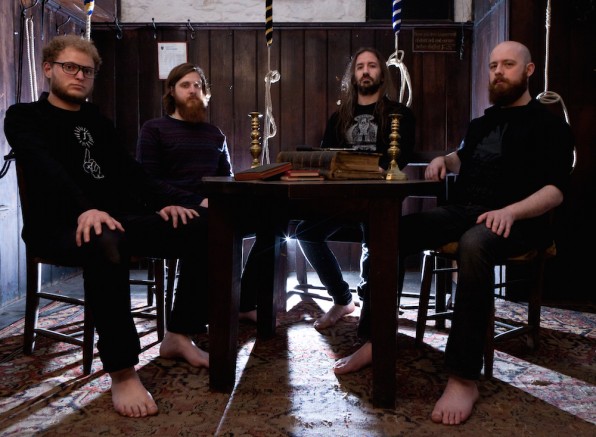 Fresh from being announced as the opening act for Earth on the Sunday of Temple’s Festival, and with a tour supporting Croatian psych giants Seven That Spells in the near future to herald, the huge great hulking urban space-rock quartet known as “ANTA” have just released a stonking new video which gives us a clue as to where their music’s been headed since they released the brilliant ‘Centurionaut‘ LP way back in 2013. Check it out below along with tour dates and some spiel cribbed verbatim from the email they sent us.

What the band have been focussing on of late:

“…refining their sound to combine tight, surging compositions with the communal energy of their reputedly fearsome live shows.”

What else has changed since Centurionaut:

“After Stephen Kerrison left to fulfill his commitment to fellow Bristol outfit Zun Zun Egui (our review of their new album), ANTA brought aboard the chaotic and inventive riffs of guitarist Benjamin Harris.”

How ANTA describe the track ‘Voxel’, the first glimpse of the band’s newest dynamic:

“A mighty clash of retrofuturist polyrhythms…” 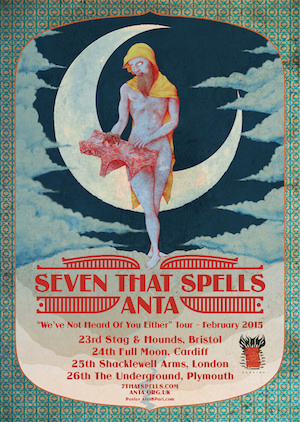 About the video, that looks like it was filmed in someone’s garage:

ANTA have produced a video of ‘Voxel’ being performed in a live session, captured with multiple mobile devices. The session took place in Joe’s Garage, a new recording studio founded by bassist Joe Garcia, providing a much-needed professional space for the city’s underground scene to write and record, the studio also serves as ANTA’s base of operations.

About the band’s modus operandi as a truly independent artist:

“Taking ownership of every aspect of production … affords the band the best opportunity yet to enact their vision of artist-owned music. This is a group in full control of its output, with a collective background in record production, live sound, illustration (see tour poster, right) and professional musicianship.

They also have their own record label, Thrones & Dominions Records, which was founded in 2013.

We encourage you to go along to at least one of these shows. Live the band are a mesmeric force of nature and we can pretty much guarantee you that, like the band, by the end of their set you’ll be dripping with sweat and will have a broad grin across your face. If the idea of an intelligent onslaught of proggy riffs and tight drumming, held together by the heart and soul of the band’s sound, the bombastic, surging keyboards, is the sort of thing you even so much as vaguely think you might enjoy then check them out. They prove beyond any question of doubt that heavy music can be as passionate, moving and balls out fun as any other kind of music.

Seven That Spells can be found online here: 7thatspells.com. They can also be found on Facebook and tweet as @seventhatspells.