Home Blogs Anonymous Wonders: Is Music the Path to Revolution? 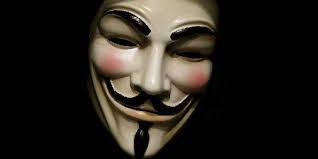 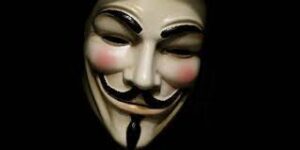 Anonymous Wonders: Is Music the Path to Revolution?

What is media? Was it intended to be a playground for the status quo? The term media blankets a wide range of “mediums”. One of the most important to humanity is music. But why? Why are people moved by music – physically and or mentally?

Perhaps it is because music itself is a mash-up of frequencies. The earth itself resonates it’s own frequency. 7.83Hz, or more commonly known as the Schumann Resonance. The human brain also resonates at this exact frequency. Our moods can actually be greatly influenced by the make-up of the frequencies in a piece of music. Some may make us angry. Some may make us depressed. All the while this is happening, the soul and the brain are tuning in like radio receivers translating the resonance into emotion and thought.

This leads to an important aspect of our existence. Being bombarded with shallow pop music on the radio, TV, and the internet, to such a degree that we may start to groove with that beat. That would be their goal. Music maybe a path to mind control, but sometimes, just sometimes – it can be a path to enlightenment. A revolution of enlightenment.

Let us all remember the works of John Lennon, who spoke out about peace and love and charity. Lennon sacrificed his own wealth to buy “War is Over – if you want it” advertising across the world. This was a time where there was no internet. Using celebrity was one of the few ways to get attention. Once he was in a position that he could do as he pleased, well, he did. We do not have that problem any more. We have a way to freely distribute ideas and music.

What happens when people create art merely for the purpose of sharing an idea? What happens when the threat of low sales volumes contributes to what you write and sing about? Well, you have a divide between people that are actually creating something for the consumption of humanity and those that feed monetary consumption and wish to profit. We are not speaking about the underground scenes as they are just trying to do what all have to do – survive.

Anonymous music! We want more of it. No labels, no genre, sing and write about your ideas and not your ideals. For a true artist truly only wants to be heard – a business man wants to make a profit. The music industry hates freedom – look at what was attempted with SOPA and PIPPA. They want to criminalize the sharing of art. Some like Bono, supported this, as if they don’t have enough money already. If proceeds from sales went to a reputable charity – it would be a slightly different story. But still, in this day and age, if something can be digitized, it will be distributed freely.

The term sellout is very popular in the music industry, particularly the underground scenes. Small independent artists struggle on and on to keep up what they love doing despite poverty and hardship. Some get “lucky”, but how lucky are they really. When you have a PR department and an A and R man telling you want you can and cannot say in music, interviews, and so on – you have lost control over your creation. Some will argue that compromise on this subject is required in order to be heard at all. This is rubbish in this day and age, and we will explain why.

Listen up struggling bands! Listen up those with a desire to distribute music and ideas! Anyone looking for profit – you can press your back button now and watch cat videos. If you have a computer, you can create, record, and master your own music with minimal investment. Anyone needing help with this, feel free and comment and we will put up links to tutorials. Now you have an album of material right? Take that one step further – make some videos. Tons of free software out there makes this easy, and of course there are ways to get even better software for free.

After a few months, people will actually be listening and sincerely giving you feedback. When you take all money out of the equation, except unfortunately for the initial equipment, people are more interested in what you have to say rather than how trendy you are and whether they should purchase into your ideas. Monetizing art leads to “cost benefit” analysis to go on. And there is no place for cost benefit analysis when it comes to ideas and art.

Music can lead to revolution and a revolution in the music creation and distribution practices will keep the cycle going. When everyone starts expressing themselves freely – that itself is revolution. And we do mean, freely. When you give away your music, more people hear it, more people will want to see you when you are in town. And remember, you cannot digitize a gig – you can record it, but you cannot digitize the oneness of a concert and the vibe of fellow human beings in tune with the same frequencies at the same time. This creates immense feelings that bind us to each other.

We must unite, not divide. Mainstream media is a tool of division. It limits our exposure to different ideas and it is all for sale. So, stop selling and start sharing. Learn to promote your message for free. The way exists and is widely available on the internet. You don’t have to compromise, you only have to create. We all have something to contribute, so do so.

Below are some recommended listening links. Support these artists by liking their posts, sharing their videos, and reblogging it. Most are not even selling albums, but merely want to be heard. We need to broaden our horizons and dig deep. We must pay attention to the mainstream, only to know thy enemy – don’t buy into it. Do it especially if you want it done for you. This is how revolution begins, with a collaboration of people otherwise unknown to each other to proliferate a common good. And if you have social engineering skills, use them to help out at least one link below. We would also encourage Louder Than War to do the same – pick a couple. BTW some of us promote these posts through our skills and time with no thought or want of profit.