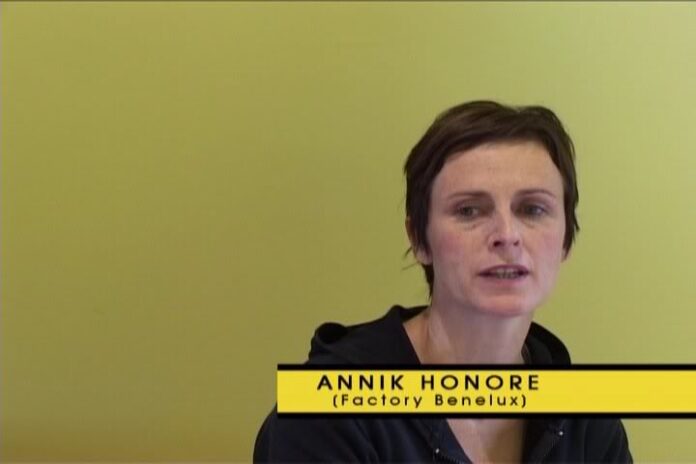 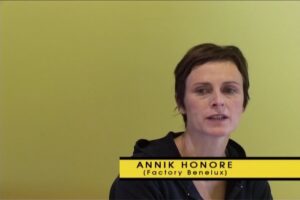 Sad news reached us today after the family of Annik Honoré announced that Honoré had died after suffering from a serious illness. She was just 56 years of age. French paper Libération and a number of other sources reported that Honoré died after a long illness, leaving two children.

Honoré came to the attention of the wider public when she became the lover of Joy Division singer Ian Curtis; however it should not be forgotten that Honoré was a key person in the music scene in her own right both a journalist, founder of the Factory Benelux label, and music promoter – In late 1979, Honoré and journalist Michel Duval began promoting musical performances at the Plan K venue in Brussels. Joy Division, and two other groups performed on the club’s opening night on 16 October. A few months later, in 1980, Honoré and Duval founded Factory Benelux as a Continental offshoot of Factory Records as well as Les Disques du Crépuscule, an independent Belgian music label.

According to Honoré in a 2010 interview, her relationship with Ian Curtis before his death in 1980 was entirely platonic. Curtis’ widow, Deborah Curtis has characterised the relationship as an “affair”, which she claims began in August 1979.

Honoré left the music business in the mid-1980s and afterwards worked for the European Union in Brussels.