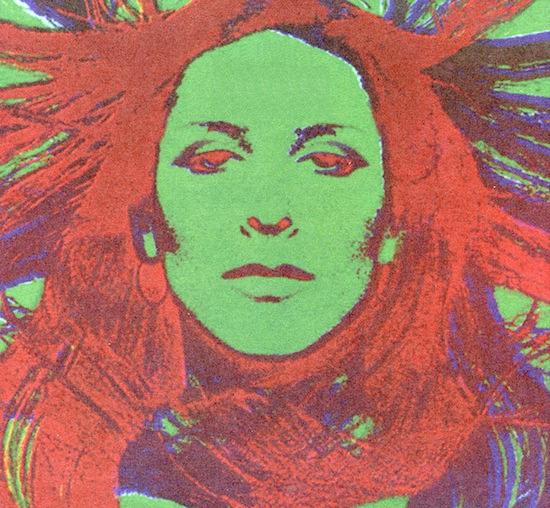 There is intimate.. and there is INTIMATE. This was virtually close enough for certain audience members to reach out and touch the piano keys for themselves.

The modern smart phone amateur concert photographers were out of luck as Annette was constantly in shadow. You had to find the light in the music, and find it we did. You could hear people listening, it was that intense an atmosphere.

Seemingly infinite, spacious scales on the piano were punctuated with ethereal synthesiser and occasional beats and just a taste of bassline, all framing the voice of voices, a voice that ranged from meditative conversational subtlety to a soaring, exhilarating passion.

The Peacock voice is as striking as it has ever been, there is absolutely no let up in it’s expressively impressive 2015 incarnation. Anybody can walk in and discover her innovative brilliance right now, as much as they could in the 60s, in the 70s. This is what Albert Ayler, Robert Moog, Bill Bruford, David Bowie and Mick Ronson all heard and why they wanted to collaborate with her. It’s why a young Patti Smith used to turn up at her shows and absorb how it was done.

If anything familiar emerged it was reinterpreted, it was no set in stone stood still version but given a new, fluid form such as when ‘Solar Systems’ flowed into ‘The Succubus’ or ‘Warmer Than Gold’ gently ebbed into ‘Too Much In The Skies’. These were masterful compositions, an interconnected web of beautiful melodies given spontaneously vivid readings.

This was the total antithesis of a standard ‘gig’. If felt like each of us had individually walked into a room where Annette was just there, singing and playing. Yes, it was church but there was playfulness and grooves to be found amidst the moments of sacred calm and emotional testifying.

Annette Peacock doesn’t just fit into the list of our most progressive and daring artists, she invented all that stuff, she was there right at the start like Patty Waters and Yoko Ono were, she is also here right now, as immediate and deserving of attention as could be, and taking the open minded listener into her vision of the future. She’s still hearing new directions and wants to share them with you.

She suddenly seamlessly transferred her live vocal into a recorded one and left a somewhat stunned crowd looking at the now vacant grand piano. Over but not out, it was the type of performance that will be repeatedly relived by those lucky enough to be present for years to come.