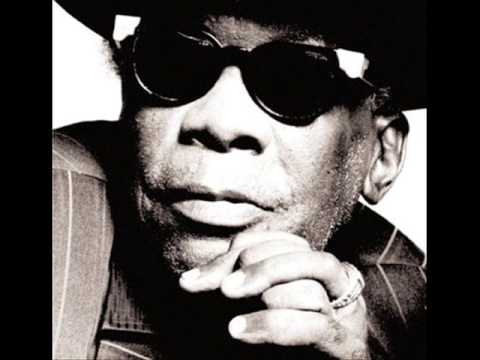 5/ Anything by JOHN LEE HOOKER

There again, so much good stuff, with classics like Boom Boom/Dimples, One Bourbon One Scotch, One Beer, Bad Like Jesse James I also like the more recent track The Healer He did with Santana… Just love it, a man speaks, with his voice, his guitar, what else do you need ? In music, what else do you want ? No false excuse, says it as it is, gets through your bones, electricity flowing through your veins, LIFE! Everything that is the opposite of what is so wrong with the music industry today. Oh yes they want to sell us their X Factor bullshit and their fake chanteuses, ludicrous, don’t they know we haven’t said our last word ! Not for the same reason but because 10 albums is a shortlist, I also listen to Ali Farka Touré, Jimmy Hendrix, Bob Marley and Tricky made one good album. For the extra note : I performed Dimples in a South Central dive blues bar, with some of JLH musicians such as the late guitarist Neckbone and pianist BoomBoom; well intimitading, but I passed the test! Andre Williams Silky album is pretty good mix of Garage and Blues