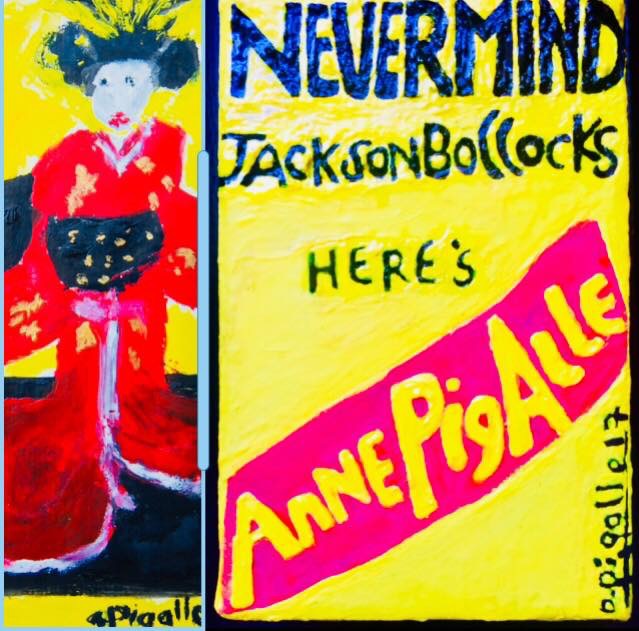 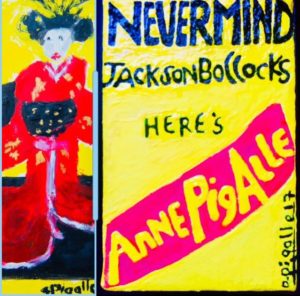 After her incredibly successful Cézanne centered performance in November, in the Road to Reform Room on the second floor of the National Portrait Gallery, where she sung in front of a House of Commons “ painting, with queues at the door that had to be turned away, counter culture icon, Anne Pigalle continues with a 3 day art and performance show at Hackney Wicks newest and most exciting arts venue Blasé House.

Since these early Punk days, Pigalle has departed to many adventurous horizons without forgetting her ethics. Having worked with Michael Nyman, Tevor Horn and Adrian Sherwood, Pigalle was the only French woman to have ever been signed to a Major UK Label. Recent projects have seen her work with Leonard Cohen and John Lee Hooker musicians for the music. She remains amidst a film project initially started with Donald Cammell in LA

Crowned Queen Of Soho, Pigalle has been a fixture for 3 decades organising and enjoying Londons social hub and has recently campaigned vigorously against the gentrification of Soho

Never Mind Jackson Bollocks Here’s Anne Pigalle! will combine many of her creative skills into a Christmas bazaar like no other!

On Saturday and Sunday she will be available for Tarot readings. You’ll also be able to commission her to sketch you or a friend, priced per hour or half hour. The perfect original Christmas gift!

Throughout the weekend, a vast and wide range of hundreds of original artworks by Pigalle will be available to buy at wonderful prices to suit all pockets

Never afraid to push the boundaries, and always offering a relevant discourse, Anne Pigalle remains as vibrant and relevant as ever!