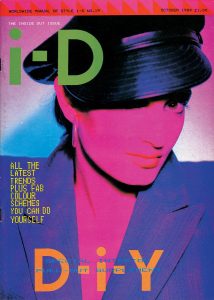 This August offers a rare chance to view the painted works of the enigmatic artist, poet and singer Anne Pigalle.

From precocious teen playing guitar in an all-girl band and hanging out with Parisian punks during the 70s, to enigmatic underground figure of London’s Soho, Anne Pigalle has always carved her own experimental artistic path. After moving to London from Montmartre in the 80s, Pigalle worked with the likes of composer Michael Nyman and producer Adrian Sherwood, then signing to ZTT Records and releasing the album Everything Could Be So Perfect in 1985, which cemented Pigalle’s reputation as a modern incarnation of a classic French chanteuse. A little bit Piaf, a little bit Dietrich, but a lot more radical and always unapologetically erotic, Pigalle has continued to create avant-garde works of art, from poetry and performance to film.