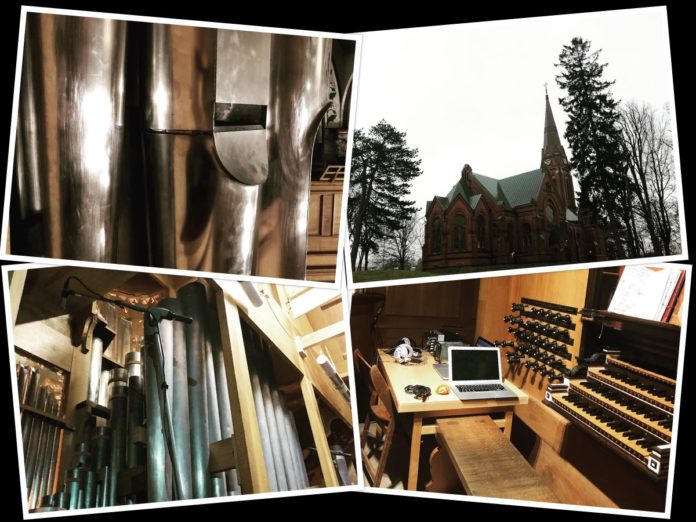 The pictures as shown displayed an unnamed church, a pipe organ keyboard with a laptop alongside, and then two images of the actual organ pipes with recording microphone attached.

A reverse image search of the church suggests that the location could be Sofia Church, Stockholm. The church named after the Swedish queen Sophia of Nassau, is one of the major churches in Stockholm, Sweden. If this is correct the organ was built in 1951 by the Swedish firm A. Magnusson Organbuilders, and almost all pipe material from an earlier organ, built in 1906, was used. In 2012-13 the organ was rebuilt by the English firm Nicholson & Co.

However if you research the church, the organ installed has a much more grandiose keyboard set up. 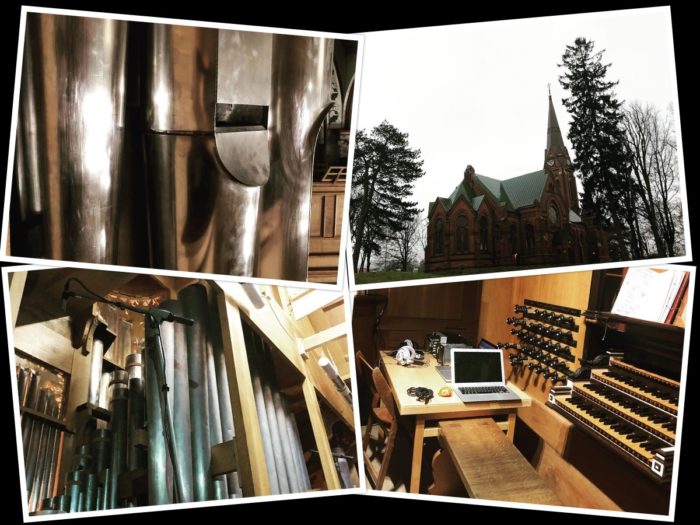 In recent months Anna has informed followers that she has been writing an entirely new 30 minute piece “for organ and small orchestra.” This will be performed on Friday 27th March at Union Chapel, London under the banner Organ Reframed, which will feature Anna von Hausswolff, Abul Mogard, and Ipek Gorgun.
Advance tickets are available now.

Back in September she posted on her Facebook page “If I – out of the blue – drop an entire instrumental album, without PR, or big distributions channels, without any big campaigns, would you buy it???” No more information about this proposal has been released.

Should the recordings be for a new album, this would be the follow up to 2018 ‘Dead Magic’ album that was released via Anna’s own Pomperipossa Records and Berlin based City Slang Records