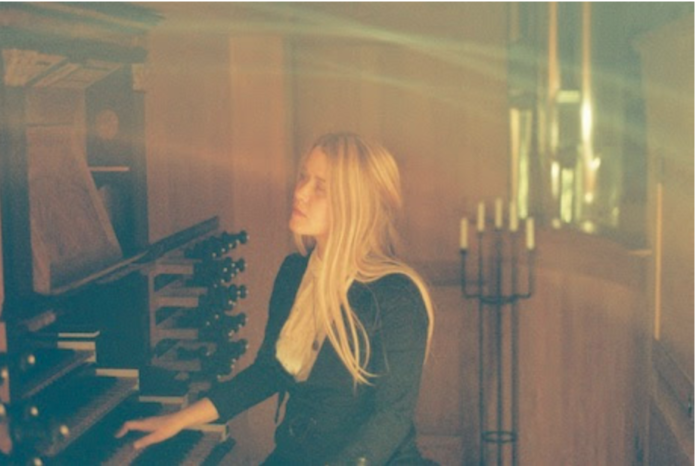 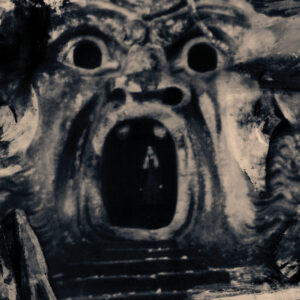 ANNA VON HAUSSWOLFF PRESENTS “ALL THOUGHTS FLY”
THE SOLO INSTRUMENTAL PIPE ORGAN ALBUM
INCOMING ON SOUTHERN LORD ON 25TH SEPTEMBER
“Sacro Bosco” (“Sacred Grove”) is the starting point for Anna von Hausswolff’s new album All Thoughts Fly, incoming on Southern Lord on 25th September.
Here in solo instrumental mode, the entire record consists of just one instrument, the pipe organ, and represents absolute liberation of the imagination. All Thoughts Fly radiates a melancholic beauty, and is distinguished by fluid transitions of contrasting elements; calmness and drama, harmony and dissonance, much like the place that inspires the music.
Sacro Bosco is a garden, based in the centre of Italy, containing grotesque mythological sculptures and buildings overgrown with vegetation, situated in a wooded valley beneath the castle of Orsini. Created during the 16th Century, Sacro Bosco was commissioned by Pier Francesco Orsini, some say to try and cope with his grief following the death of his wife Guilia Farnese, others speculate the purpose was to create art.
About the album Anna explains “there’s a sadness and wilderness that inspired me to write this album, also a timelessness. I believe that this park has survived not only due to its beauty but also because of the iconography, it has been liberated from predictable ideas and ideals. The people who built this park truly set their minds and imagination free. All thoughts fly is a homage to this creation, and an effort to articulate the atmosphere and the feelings that this place evokes inside of me. It’s a very personal interpretation of a place that I lack the words to describe. I’d like to believe Orsini built this monumental park out of grief for his dead wife, and in my Sacro Bosco I used this story as a core for my own inspiration: love as a foundation for creation.”
The accompanying video for the first single “Sacro Bosco” is, just like the music, an interpretation of the park with an imaginary twist. Directed by Gustaf and Ludvig Holtenäs
(the song is also available to listen via Spotify, Bandcamp and itunes)
Anna summarises, “Sacro Bosco in Bomarzo is a creation carved out from one man’s head. A frozen thought lasting throughout time and touching people across generations. All thoughts fly, Ogni Pensiero Vola, is about this: the importance of sharing for surviving, creating space and evolving. Once you’ve shared your words they are not only yours anymore.”
All Thoughts Fly ultimately embodies the exploration of any and all possibilities, and the audience is invited to listen, liberate the mind and let it wander.

Southern Lord will release All Thoughts Fly on LP and digital formats on 25th September. Digital pre-orders are now available via Bandcamp.

In addition UK based label Ash International are set to release the album on cassette; Ash International previously released Anna’s 2016 12″ “Källan (Betatype)” and have released material by her father Carl Michael von Hausswolff.

Track listing:
1. Theatre Of Nature
2. Dolore Di Orsini
3. Sacro Bosco
4. Persefone
5. Entering
6. All Thoughts Fly
7. Outside The Gate (for Bruna)
Notes on the recording process:
The organ on All Thoughts Fly is situated in Gothenburg and is a Swedish replica of the Arp Schnitger organ in Germany. It is the largest organ tuned in Quarter-comma Meantone temperament in the world. With it’s four manuals, one pedal and 54 stops, it was built as part of a ten-year research project reconstructing 17th Century North German organ building craft. The tuning temperament is an important detail to note here, as it deeply affects the sound and tuning, and thus radically changed the process of creating this album. Anna speaks of a pleasant surprise during recording, the organ’s ability to create beautiful “pitching” notes through its stops and air supply system. She remarks “We took advantage of this so most of the pitching sounds and notes that you hear on the album comes from the mechanics of this organ, effects made entirely acoustically.” The organ was recorded with two room mics for atmosphere and two pairs of close mics placed inside the organ to capture nuances and detail for further organ sound processing by Filip Leyman in his studio.
Additional credits:
Organ sound design by Filip Leyman and Anna von Hausswolff
Produced and mixed by Anna von Hausswolff & Filip Leyman
Mastered by Hans Olsson at Svenska Grammofonstudion
Recorded in Örgryte New Church, in Gothenburg January 2020.
Organ recorded with mobile equipment from Svenska Grammofonstudion
Cover photo & inner sleeve photo by Gianluca Grasselli
Layout & design by Tina Damgaard
Biography
Anna von Hausswolff is a musician and composer exploring the myriad of possibilities and the potential for new expressions on the pipe organ. Anna has performed on pipe organs all over the world, as part of this ongoing quest of discovery. Her polyrhythmic sound is ever-changing and full of contrasts, often distinguished by fluid transitions of calmness and drama, harmony and dissonance, with various overlapping elements. Her imaginative approach is open-minded to sonic possibilities and different perceptions, drawing inspiration from wherever it may appear.
Anna has written and released four full-length albums; Singing From The Grave (2010), Ceremony (2012), The Miraculous (2015) and Dead Magic (2018), often recording with a cast of other musicians. Her forthcoming release, All Thoughts Fly on Southern Lord sees Anna in solo instrumental mode. The entire record is just one solo instrument, the pipe organ, all songs written and played by Anna von Hausswolff. Recorded in Gothenburg at Örgryte New Church, on their Quarter-comma Meantone tempered North German Baroque organ. All Thoughts Fly was recorded in 7 days in January 2020, the songs were written in 2019 and 2020.
Anna has recently toured the UK with Sunn O))) (and guested on their live session for Mary Anne Hobbs airing on BBC 6 Music), has supported Nick Cave & The Bad Seeds, Swans, Efterklang, Refused to name a few. Anna was invited by Nils Frahm to perform his curated event “Possibly colliding” at the Barbican, London and by David Byrne to perform at his curated Meltdown festival at Southbank centre, London. Other key live appearances include performances at Primavera festival, Roadburn, Roskilde festival, Aural Festival in Mexico City, End Of The Road, Green Man Festival, Way Out West, MONA FOMA Australia and more.
As a spirited collaborator, Anna has worked with Swans (guesting on their album Leaving Meaning), Yann Tiersen (guesting on his album All) and Wolves In The Throne Room (guesting on Thrice Woven). Anna notably performed at the Nobel Prize Dinner (2018) with material written in collaboration Swedish composer Mikael Karlsson. In the same year, Anna performed as a solo vocalist in Alexander Ekman’s ballet “Midsummer Night’s dream” with music written by Mikael Karlsson. Anna has written theatre music for “Gösta Berlings saga” a play by Rikard Lekander (2017).
A restless creative, Anna owns and runs Pomperipossa Records, with several small and experimental releases, that often sell out quickly. Anna also plays in BADA who released their self titled album earlier this year, and is one half of Hydras Dream, a collaboration with Matti Bye (Swedish pianist and composer for film, TV, theatre and dance) who released the album The Little Match Girl (2014).
As an enthusiast of visual arts, Anna has a Bachelor degree in Contemporary Art, studied a masters in music & contemporary art at the Royal Academy of Arts in Copenhagen, and Printmaking at Gothenburg Art School. In late 2019, Anna combined her passion for pipe organs and appreciation of visual arts when hosting her first ever large-scale solo exhibition at Galleri Backlund, Sweden. The work on display was images of imaginary pipe organs, visualised on copperplate engravings, made through various techniques.
Always embracing ambitious undertakings, Anna is currently working on film music for a documentary produced by Swedish television, due to premiere either late 2020 or in 2021. A process which inspired her compositional approach on All Thoughts Fly (2020).