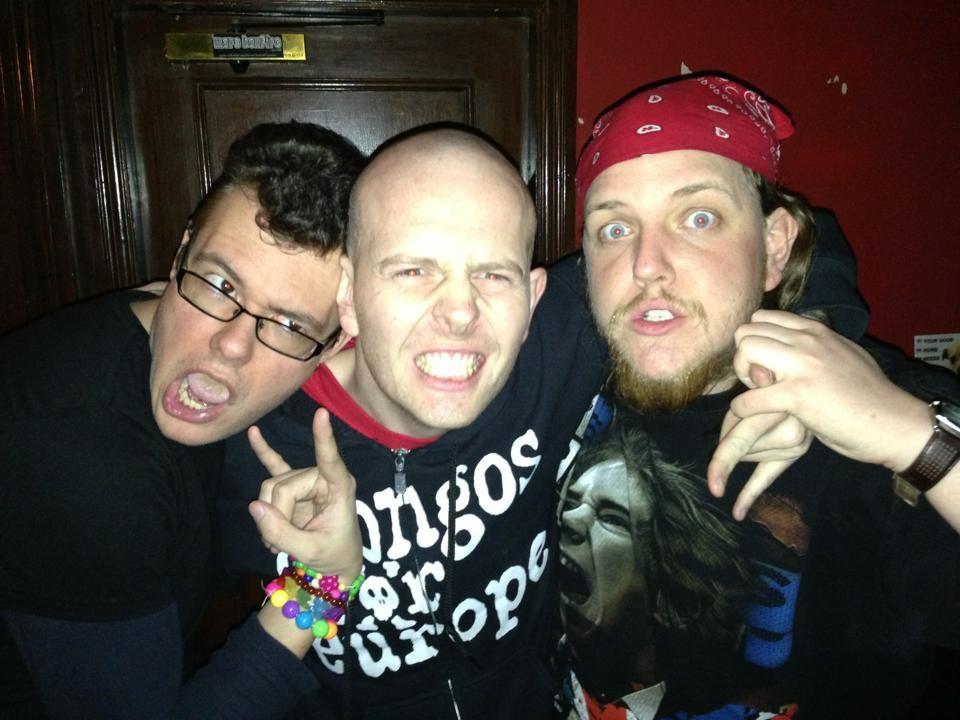 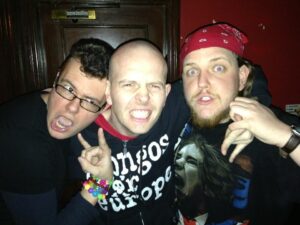 Grunge-Punks who are young , dumb and come from Brum get Ged Babey scratchin’ his head.

I reviewed this lot when they were part of the Brummy Invasion of Portsmouth in January. They were great fun live; Don’t Be A Dick from their first EP was a memorable song which stuck in my brain. Comparing them to the Angry Samoans might have seemed a pretty lazy and lame comparison but the vibe was simillar, three chords, nice syncopated drumming and songs about dicks. And the band names started with Angry…. Not that they sound like Angry Anderson (Oz Metal Balladeer) or Furious Pig or Hedwig and the Angry Inch.

There has been a bit of criticism lately of Louder Than War being too ‘everything’s greeeat’, a bit over-enthusiastic with its positivity… people have noticed that we don’t (generally-speaking) do ‘slaggings’.  but also that (sometimes) we don’t find fault or actually criticize, even when its needed….  so, this means that it’s particularly bad timing for Angry Itch to release a single.

They don’t do anything ‘new’ and they do cover the same old themes ( soc-i-et-y, riots, hypocrites) and this, their second EP is a bit more polished than the first Scratch It Til It Bleeds, which means it has lost a bit of the essential grit, spittle and shouty intensity the first EP had in spades.   Which doesn’t mean to say its not any good,  just not as harsh and kick-ass and thoroughly punk-rock.

They have a knack of writing great call-and-response choruses though and have a NoFX style chunky-tunefulness. The last track though kinda betrays their Green Day roots ( not that there’s anything wrong with that, Green Day crossed-over to mainstream success but were a great punk rock band if we’re honest, its just no long ‘cool’ to admit to having liked them).

Angry Itch wanna be successful without selling-out and they’re doing well so far.  Teaming up with great local bands, like Brassick to share costs to play around the country.  A successful, though no doubt early slot at Rebellion.  And an immediacy, likeabilty and style of their own; within their chosen parameters.

Their near-uniqueness (cos it must’ve been done before), is the way the backing vocalists gruff roar is a nice counterpoint to the lead vocals tuneful snarl. I’m guessing the shouty backing vocalist is nutty beardy freak Luke Deakin and the lead vocalist, guitarist John (Hong Kong) Hoey, although bassist Richard (Don’t Call Me Dick) Ellis is listed as vocals also on their obligatory Facebook page.

I Hate You More, I, Hypocrite and Rise Again are nippy, zippy singalongs which Fat Mike would be proud of and the closing First Floor is a song about punk-rock camaraderie and drinking, so a sure-fire hit in pierced and pissed circles.

It is good to see and hear youngsters playing punk-rock grunge or grungey punk and I hope they continue to find and audience of old(er) and young people who dig their retro groove. So I don’t wanna be negative but their debut EP is definately more wild, unrestrained and attention-grabbing than this its successor which is a more studied attempt at making a proper record with the rough edges polished.

That said, it’s worth buying in anticipation of a manic and varied album of great Brit-Pop-Punk classics that they are capable of making given a bit of time.

Pic nicked from the bands page which can be found here. They’re also on Soundcloud.