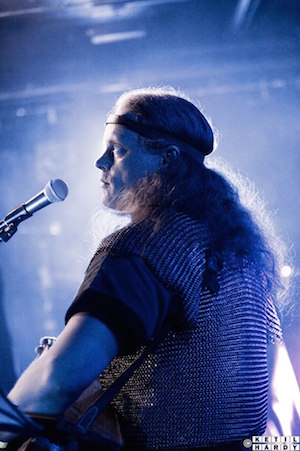 The sold out performance of three ground breaking Scandinavian progressive rock acts disappointed no one.

Headliners Swedish Änglagård supported by the outstanding Tusmørke and Wobbler delivered a spell binding performance to the sold out Musikkflekken in Sandvika, Oslo. An incredible medley of creativity made this combination of Scandinavian prog groups in Norway breathtaking.

The intimate and friendly venue looked out on to a pitch black river illuminated by lights, only 15 minutes from the angular, affluent but certainly effortlessly creative Oslo central. Anti-capitalist and local band stickers cake every available post and wanton graffiti gives you an insight into a world beyond seven quid pints and luxury boutiques. Creativity breathes in Norway, and its music scene will account for that.

Infamous for its metal scene, the rich folk and Viking history of Scandinavia has often translated into thrashing and bellowing heavy sounds. However, the progressive rock world bears all the same inspiration of an inherited ritualistic history, here translated in three distinctive sounds. 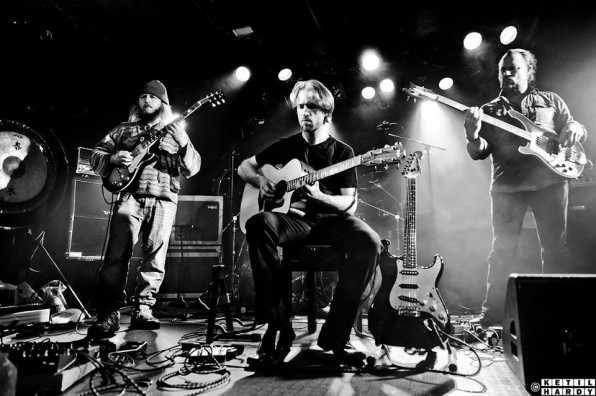 Storming through the crowd, Tusmørke took to the stage with stirring furore. Screams, hollers, prayers, chants and hymns shook the building. Happy to catch up afterwards, session member Oystein Bech Gadmar explained that their set talked about the colossal number of deaths at the hands of The Black Death in Norway. Their music included the story that during this period a group of explorers returning to Norway came back as nothing but spectres, as all that was found on the boat were rats. Oystein will be joining Tusmørke for their Autumn mini tour commemorating the 666th anniversary of the Black Death in Norway.

Tusmørke, Norwegian for Twilight, really are one of the most formidable and intense bands to witness live. Even the most awkward prog heads were moving and pushing to the intense primeval sounds. 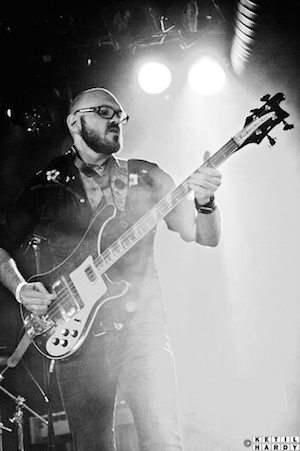 Maestro Marxo Solinas lingered in the background for most of the different bands performances, synthesizer and keyboard closeby.

Wobbler took wing next. Formed in 1999, Wobbler stand at the helm of a loyal musical following, and it’s not hard to see why. Multi-instrument magician Martin Nordrum Kneppen jumped from drums to saxophone in seconds, melding together exquisite sounds from the hugely talented group. Wobbler presented a melodious and emotional set, English lyrics with a very spacey and experimental feel. Including tracks like A Faerie’s Play, This Past Presence and La Bealtine, fans were still eager for more.

Änglagård gave their fans their money and times worth with a colossal two hour set. Tracks played include crowd pleasing Jodrok from the notrorious album Hybris and  the beautiful Sorgmantel. Their folky sound was accentuated by Anna Holmgren, who carries a real sense of magic in her articulate sound. The crowd were absolutely lapping up every moment of the lengthy performance.

If anything could be said about this once in a lifetime experience, the performance time could have been more generously distributed to the supporting acts. Whilst not rushed, the variation would have been welcomed. Overall, this was an absolutely fantastic showcase of real, creative and exciting music from bands that can’t be ignored.

Halima Amin is a music journalist and copywriter based in South East. You can see some more of her writing for Louder Than War in her Author Archive. She also tweets as @MaceWindude.