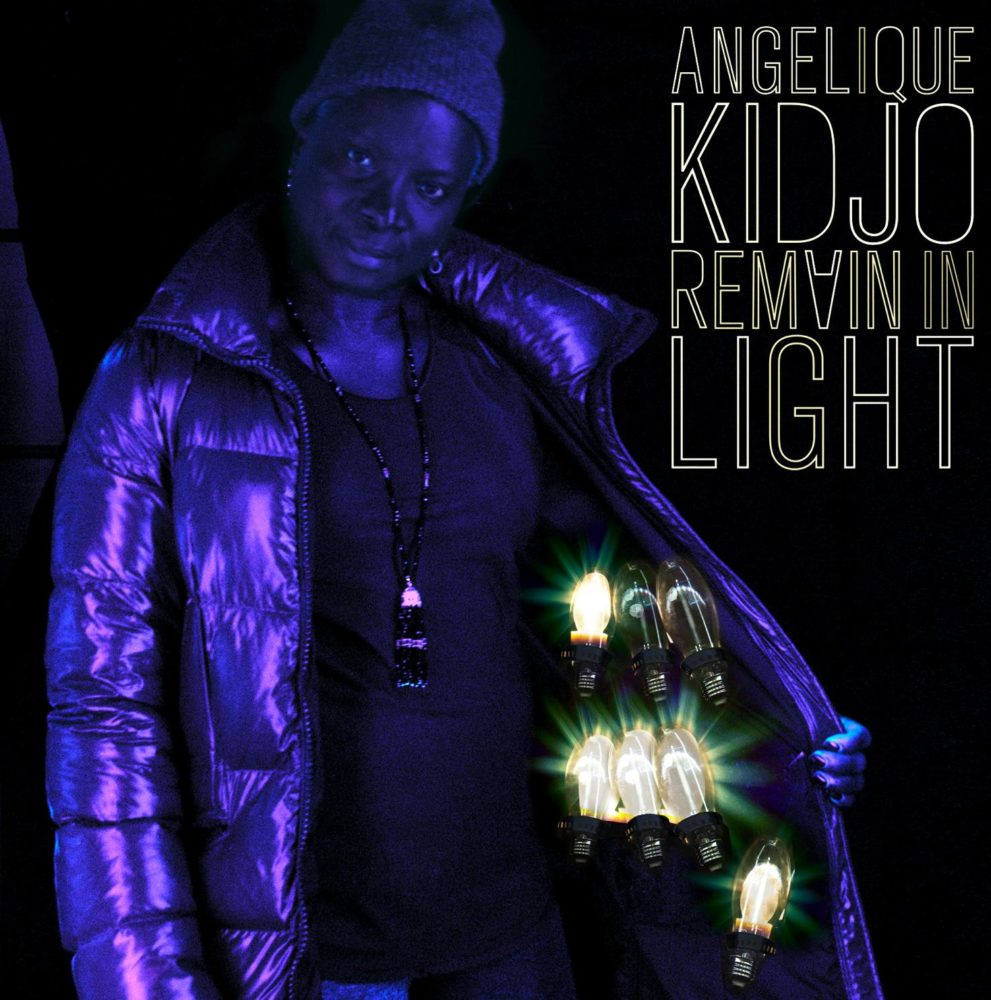 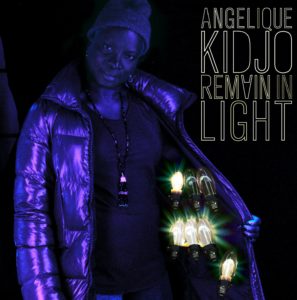 Talking Heads’ eighties classic,  Remain In Light,  gets re-imagined and paid homage to.

Rock music wasn’t born in Tupelo in 1935 to white parents, but the rhythms came from Africa, borne across the seas on slave ships, in the holds of shit, sweat, disease and death, to form the cadences of blues and rock and roll. What Elvis did, by channelling the rebellion and sexuality of rock, though shocking to middle America, was something no black man would ever have been allowed to do in the 50s. When Angélique Kidjo – three-time Grammy winner and named by The Guardian as one of its ‘Most Inspiring Women in the World’ – made her own journey out of Africa, in this case escaping the Communist regime of Benin, to France in 1983, she was like a kid in a candy store when entering record shops, because Western music was banned in her homeland. But there was one record that stood out for her: Talking Heads Remain In Light. Kidjo recognised, and delighted in, the rhythms of Africa that she heard so blatantly on the tracks, and yet her peers at the jazz school she attended would laugh at her, telling her it wasn’t African, that the music was too sophisticated for her to understand. But she held her tongue and kept the record close to her heart. Now she has taken that inspirational record and returned it to its roots, or, perhaps, opened up the African rhythms more explicitly.

“As ‘Remain In Light’ was influenced by the music of my continent, I want to pay back the homage and create my own African take on Talking Heads’ songs,” says Angélique. “We all know that rock music came from the blues and thus from Africa. Now is the time to bring rock back to Africa, connect our minds, and bring all our sounds to a new level of sharing and understanding.”

What Kidjo has done, and producer Jeff Bhasker, is create an inspirational, inspiring piece of work that makes us look at our Western musical legacy in a new light with a texture and mosaic of sounds, a deep lush rhythm and an African guitar that sounds like sun dripping like honey over a broken beautiful land.

Remain In Light opens with Born Under Punches and a single chanting voice. The deep and myriad rhythms kick in and weave a spell, creating a kaleidoscopic music of the ages. The voice is powerful, anger controlled, aimed in the right direction. It becomes a freedom song, a song of individual freedom under the government man. This sets a trope for Kudjo, who makes the songs urgently relevant and brings in contemporary issues and concerns. This is done often more by emphasis than any lyrical tampering.

On Crosseyed and Painless, with its dramatic beats sounding almost like a Bond movie theme, she addresses the negative perception of Africa in the media and in the mouth of the President of the United States. How more apt are Byrne’s lines today, with all the fear around fake news: Facts all come with points of view, Facts don’t do what I want them to, Facts just twist the truth around, Facts are living turned inside out, Facts are getting the best of them.

Kudjo address the mistreatment of Mother Earth on The Great Curve. There is a relentless drum beat, creating an urgency as though time is running out like the final drops of water in a parched land. The words are spoken like a sacrament to the earth.

Perhaps the best known song on the album, Once In A Lifetime, which is a quirky, metaphysical song, becomes a song about people’s basic right to live. Kudjo makes it a song not about materialism, but about the dignity of life. And when she sings “Same as it ever was” it has a more profound meaning than when Byrne sang it, for this is the black diaspora experience speaking: and it’s the same as it ever was.

Houses In Motion is jazz tinged, with a noir themed feeling. There is a sense of obsession, of someone doing whatever it takes to survive in a world where they are surrounded by the signs of mortality. On Seen Not Seen, what was a song about an individual believing they can change their appearance into a cinema star, a magazine star, just by an act of will, becomes a sad lament on African girls who bleach their skin to look more Caucasian.

Listening Wind, originally about Native Americans, becomes a story about the after effects of slavery, and the white invasion of Africa. The wind in my heart sung about here is the African wind that blows across a continent bathed in chains and blood. A land and people exploited. It becomes an even more poignant song, a lament that questions what is terrorism and what are freedom fighters. It’s a track streamed with tears, pain and, finally, a raised fist of resistance.

The album ends with the understated The Overload. It starts with the vocal to the fore and the music is sparse with deep electronic music, suffused with an undercurrent of guitars and drums which are light and joyful. The background vocals sing “Don’t forget the legacy of our ancestors” in the Yoruba language. It’s a comment on how technology has replaced the idea of humanity and our ability to reach out to each other on a purely human way. It’s a quiet, thoughtful end to the album.

When Talking Heads released Remain in Light in 1980 it was greeted with almost universal critical acclaim and is today considered one of the greatest albums of the 80s. These are songs that are known so well, been discussed, re-played, examined a thousand times over, so it is a brave person who decides to re-interpret the album. It is to Kidjo’s immense credit, and genius and pure heart, that she makes us hear this album in a new light, with new ears. But, maybe, mostly, we feel her love for the music that so inspired her and reminded her of home when she first heard it in France.