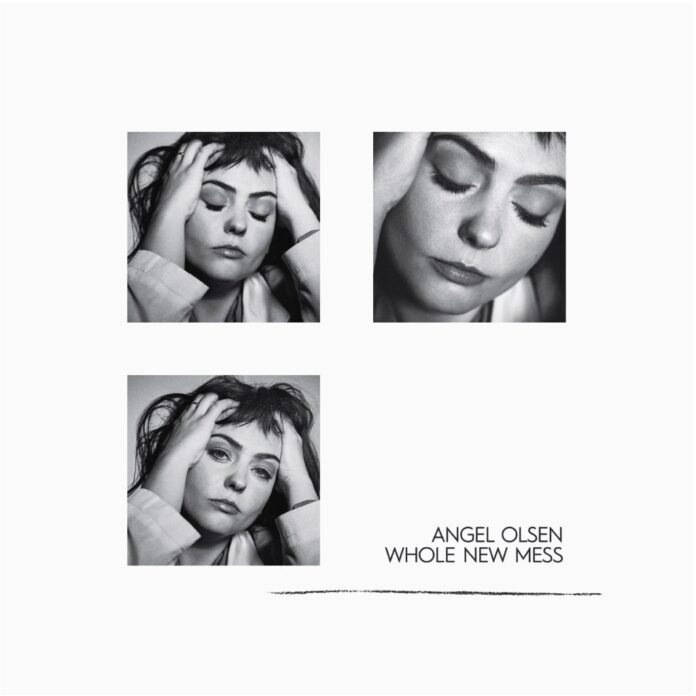 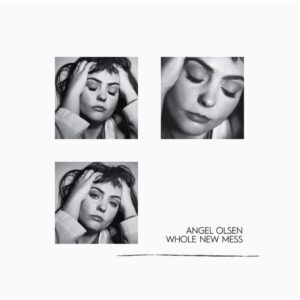 With Whole New Mess, Angel Olsen offers an alternate take on last year’s All Mirrors. Sparse and raw, the results are worth exploring, even if the album struggles to step out from the shadow of its predecessor. Elliott Simpson reviews.

Last year’s All Mirrors felt like the climactic moment in Angel Olsen’s decade-long rise to fame. A grand, lushly produced album about love and loss, it’s the biggest that Olsen has ever sounded and a far cry from her lo-fi roots. It’s perhaps the only time the music backing her has come close to matching up to the size of her voice.

Olsen’s newest release Whole New Mess is less a new album and more an alternate take on All Mirrors, sharing nine of its songs. These versions of those tracks were recorded prior to the sessions for All Mirrors and have a much different mood to them: they’re sparse, skeletal and broken down to their bare essentials.

It’s the first time Olsen has released an album of fully solo material in almost a decade. In comparison to All Mirrors where her voice had to fight for attention at times, it has no competition here. The majority of the songs feature only guitar for accompaniment, with the occasional bit of organ. It gives the album a lonely, confessional feel – fitting, considering it was recorded in a converted church.

The two new songs featured on Whole New Mess are both fantastic – prime Angel Olsen. Waving, Smiling in particular shines, with its waltzing tone and finger-picked chords. The song’s sparseness works in its favour, as it slowly builds to its haunting closing refrain. Whole New Mess is a little more aimless, though manages to recapture the lo-fi melancholy of Olsen’s earlier work.

When it comes to songs we’ve heard before, the results are a little more mixed. Knowing these songs exist in a much more well-produced form, it’s difficult to view these rougher versions as much more than demos.

The best of the All Mirrors’ tracks are the ones that flip the moods of their counterparts. (New Love) Cassette sounds much more desperate and lonely in this form, while What It Is (What It Is) trades the brashness of the original for a more defeated tone.

Despite some these alternate takes offering something new, Whole New Mess never really manages to step out of the shadow of its predecessor. All Mirrors’ biggest songs – such as the title track and Lark – just don’t work in a stripped-back form. They feel inseparably tied to the versions that were released last year, these ones sounding a little too empty to work.

Similarly, the quieter songs from All Mirrors don’t do enough separate themselves from the originals. Too Easy (Bigger Than Us) is far from bad, but the aggressively lo-fi tone makes it hard to prefer over the original.

And really, that’s the album’s biggest issue: it’s hard to imagine revisiting these songs knowing they exist in a much more polished form elsewhere.

In the end, Whole New Mess feels like a victory lap for Olsen. A very well-earned one, for sure, but it’s easily the most inessential thing she’s put out so far. Still, for anyone who loves the songs of All Mirrors, it’s worth exploring.