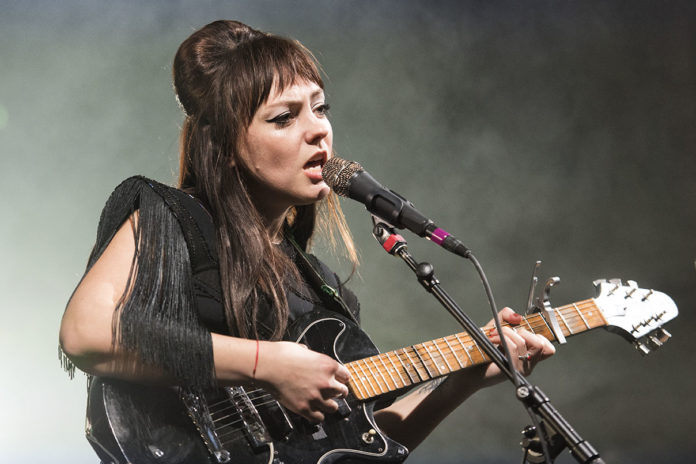 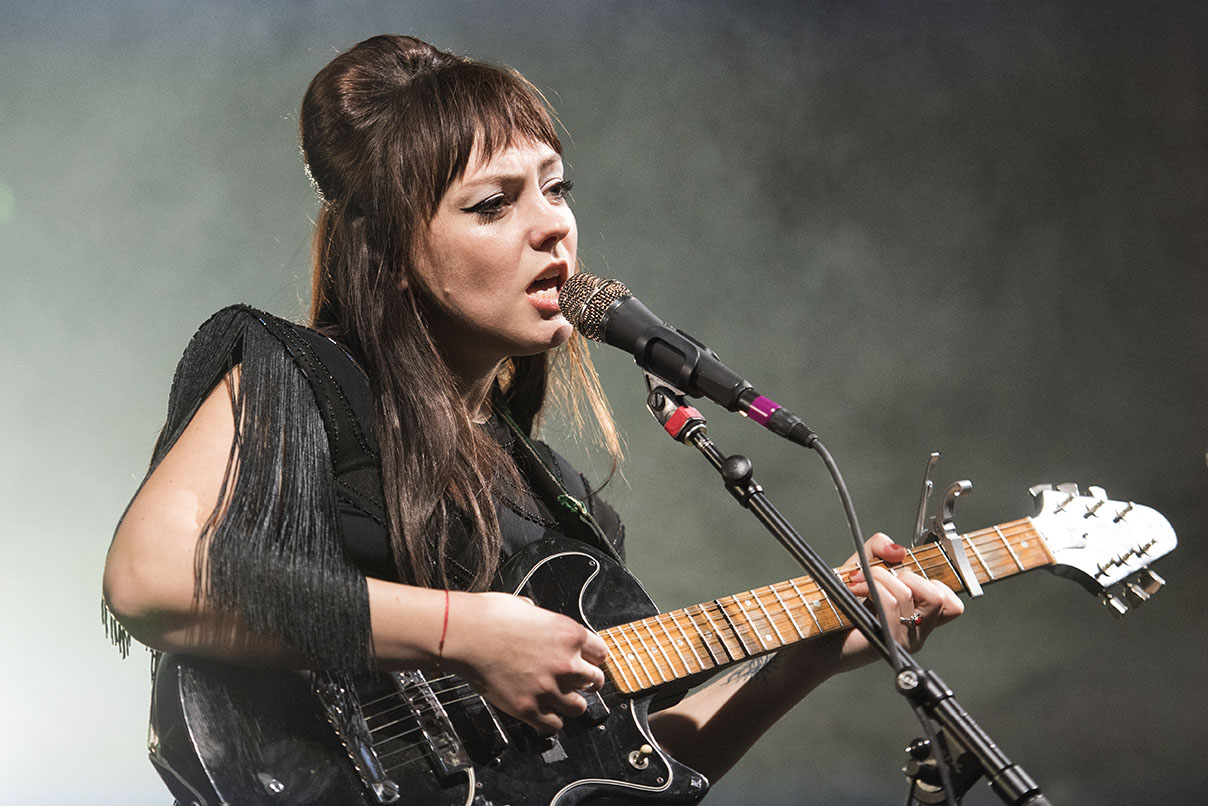 Cazz Blase and Melanie Smith watch a terrifically on form Angel Olsen weave a spell around the 02 Ritz audience at her sold out show as part of the All Mirrors Tour.

The gritters are out on the roads because the council thinks it might be frosty in the morning. Given the chilly permafrost that emanates from Angel Olsen’s most recent album, All Mirrors, this feels most appropriate.

The evening opens with woozy Americana courtesy of Hand Habits, whose gentle meandering songs and slightly diffident stage presence don’t lead to much engagement on the part of the crowd.

A little after 9pm, the lights go down, a gothic cathedral backdrop appears, the smoke machine pumps into life and delicately spectral synth music, highly reminiscent of Julee Cruise, begins to play. The band enter like wraiths emerging from the mist and the lights pick out Angel on keyboards as the band launch straight into All Mirrors title track, a moody, spiralling synth pop anthem that shows the band are going into the set hard and dark. 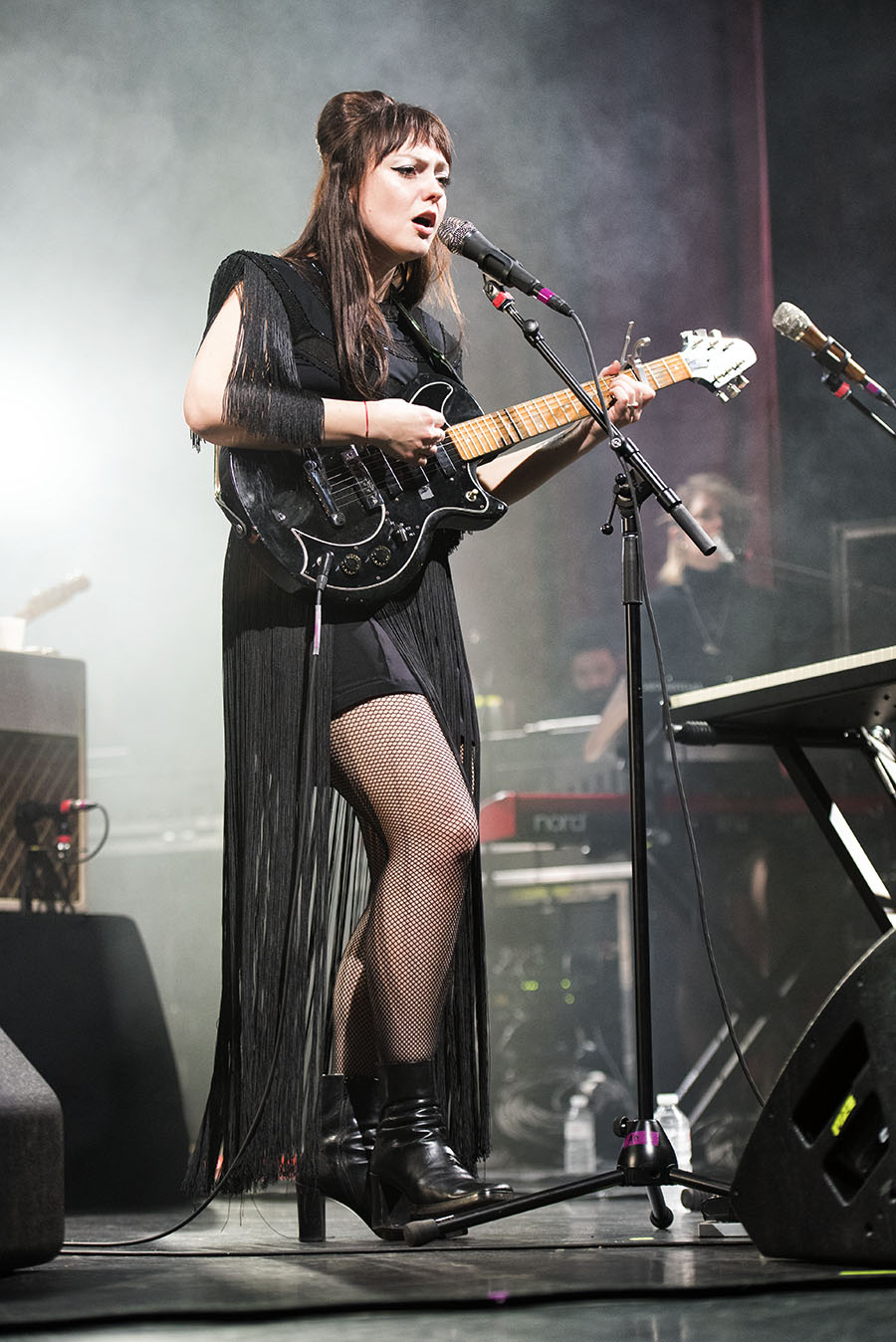 Vocally, Angel ranges from icy howl to Patti Smith cry to Patsy Cline twang. She can sound sweet, like the Shangri-La’s, like a beguiling chanteuse, or like a tempest in a storm. Tonight she is clad in a magnificent tasselled black dress and stays mainly on keyboards for the first half of the set, switching to bass later when the band play songs from 2016’s My Woman and her earlier albums.

The crowd is very boisterous, and Angel enjoys the back and forth with the louder elements, teasing them when they yell things out. An unexpected ‘Shut up and Kiss Me’ proves blissful and the crowd almost goes into meltdown when, having signalled she is ready to play some older material, Angel asks ‘What should we play?’ A spine tingling version of ‘Sister’ follows, with the man who shouted for it the loudest issuing a gruff ‘Yeah!’ afterwards. 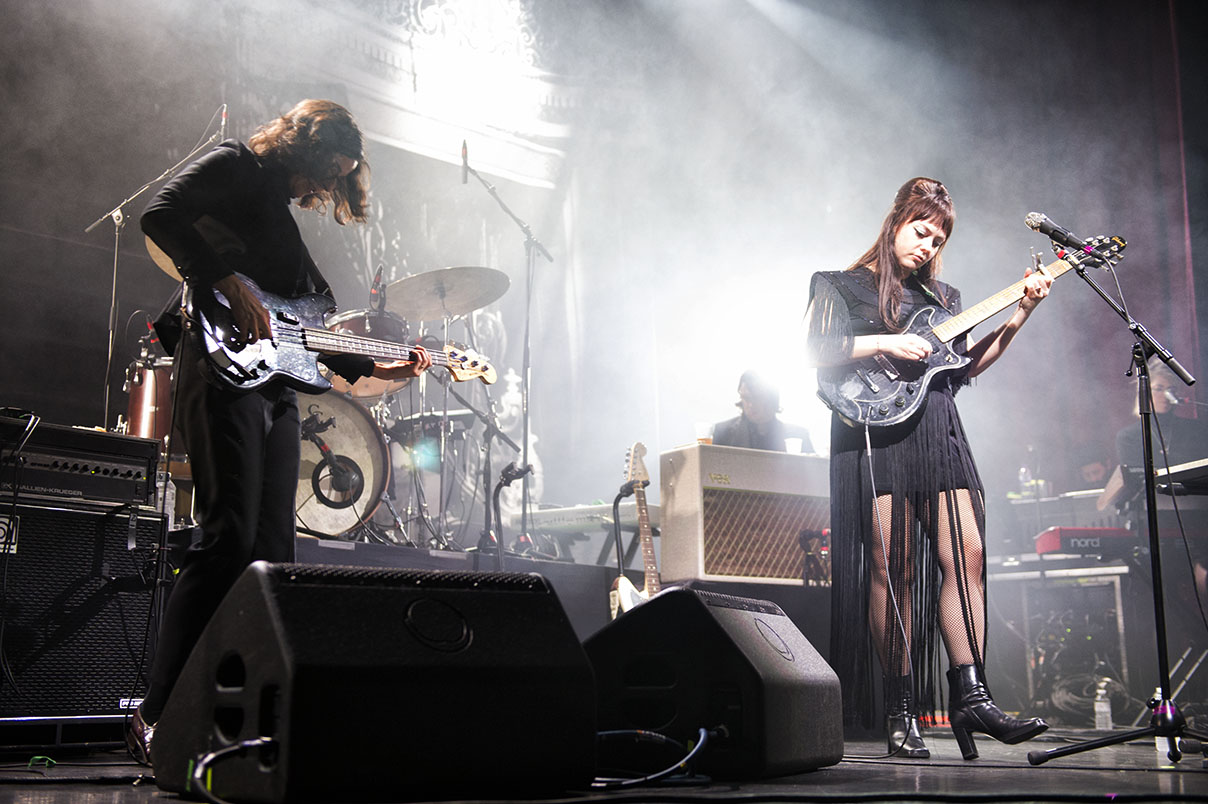 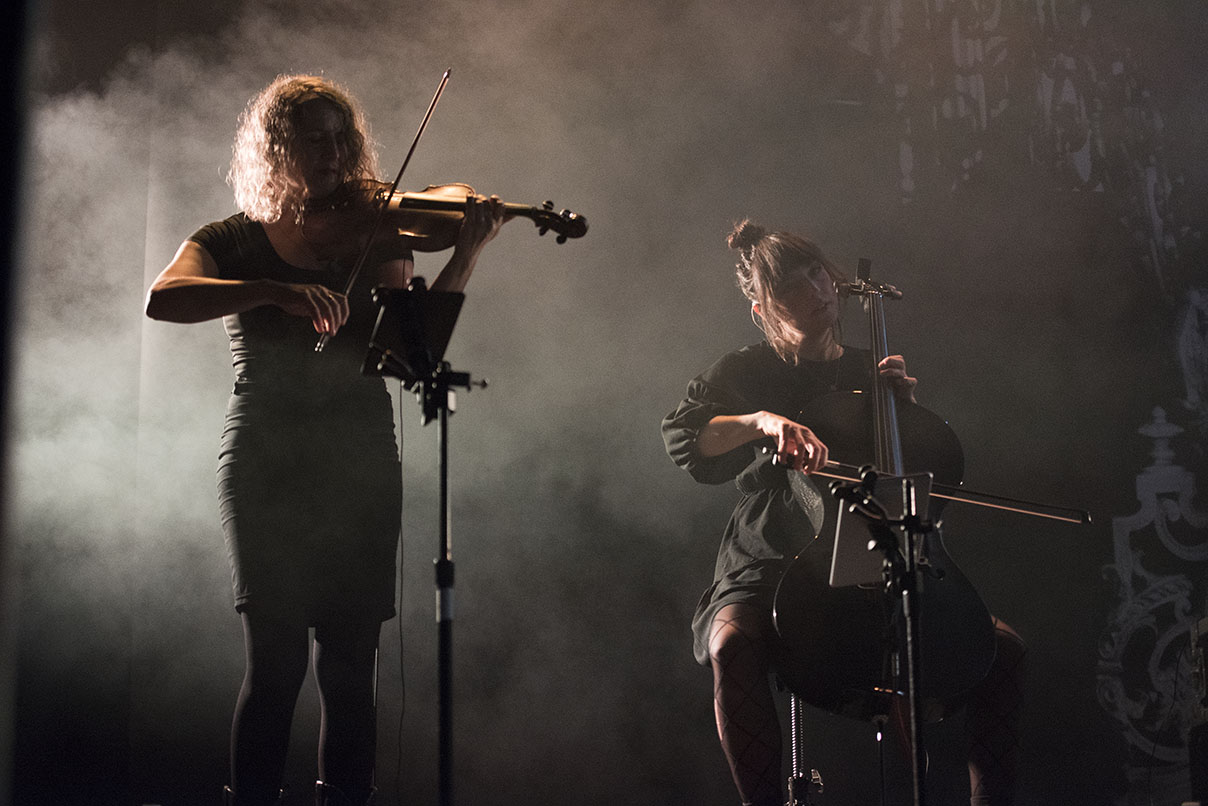 While the songs on All Mirrors have a very definite gothic synth pop sound, My Woman ranges from garage punk struts to moody Americana. Some of Angel’s songs bridge the musical gaps between the two albums, and at times she comes across like a mournful synth enhanced Patsy Cline. This is particularly the case during the set encore, a gently brooding long piece that finishes things off beautifully.