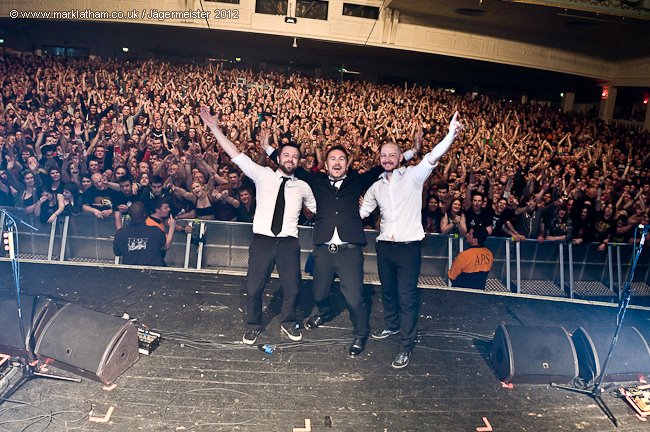 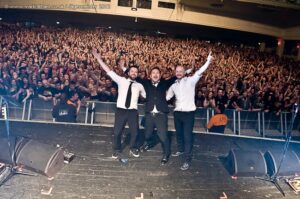 Therapy play Dublin and Belfast this weekend with support from the Membranes.

Originating from Larne in Northern Ireland, Therapy? have been consistently good since they emerged on the scene.

I’ve  known them from before they formed when some of them used to come and see my band, the Membranes play gigs in Ireland and they even went as far as to eventually cover the Membranes song Tatty Seaside Town which I produced and we plan to do a version of on one date on the upcoming tour.

Ostensiably a rock band their roots lie in the eighties post punk underground and they bring that intelligence to rock music, pioneering the new way that rock gets made in the 21st century. They are also survivors – with a fistful of hit singles and albums that were always innovative and influenced various genres, from dubstep to neo Nick Cave blues.

Their new album is due out soon and the band are on on tour next month with their Troublegum 20th Anniversary. Tour dates and ticket details from https://www.therapyquestionmark.co.uk/tour/

This album is the reason i’m doing what i do today. I remember distinctly hearing ‘Ever Fallen In Love..’ on the radio while i was having my breakfast before i went to school. I got goosebumps and couldn’t stop thinking about the song all day at school. Some of the older lads had band names scrawled on their school bags and i’d seen ‘Buzzcocks’ with the distinctive zz’s on a few of them.
The album came out on my thirteenth birthday and it was the first record i bought on the day of release. Everything about it was perfect, the artwork, the photo on the front and most importantly the tunes. There’s also a distinctive sound to it all that has been oft copied but never bettered.