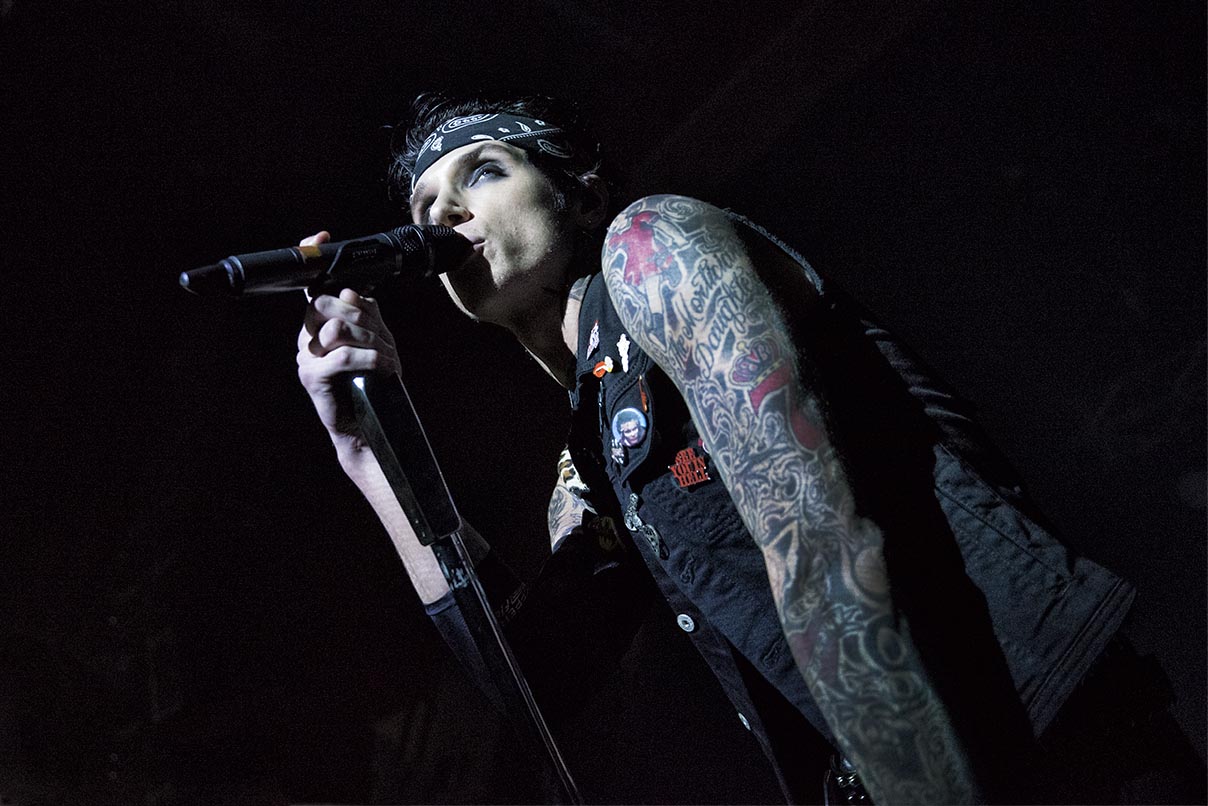 Black Veil Brides frontman Andy Black returned to the UK with his solo project on his Ghost of the United Kingdom Tour, bringing along special guest American drag musician Adore Delano.  They both performed to a sold out Manchester Academy 2. Melanie Smith was there to capture the action.

It all kicked off with Adore Delano and a great cover version of Amy Winehouse’s Back to Black. Delano is renowned for her performances on American Idol and Ru Pauls Drag Race and appears to have a large following judging by the audience’s reactions. A super lively set with flamboyance galore and within the first 3 songs she was crowd surfing with legs akimbo in a thong. (more photos below) 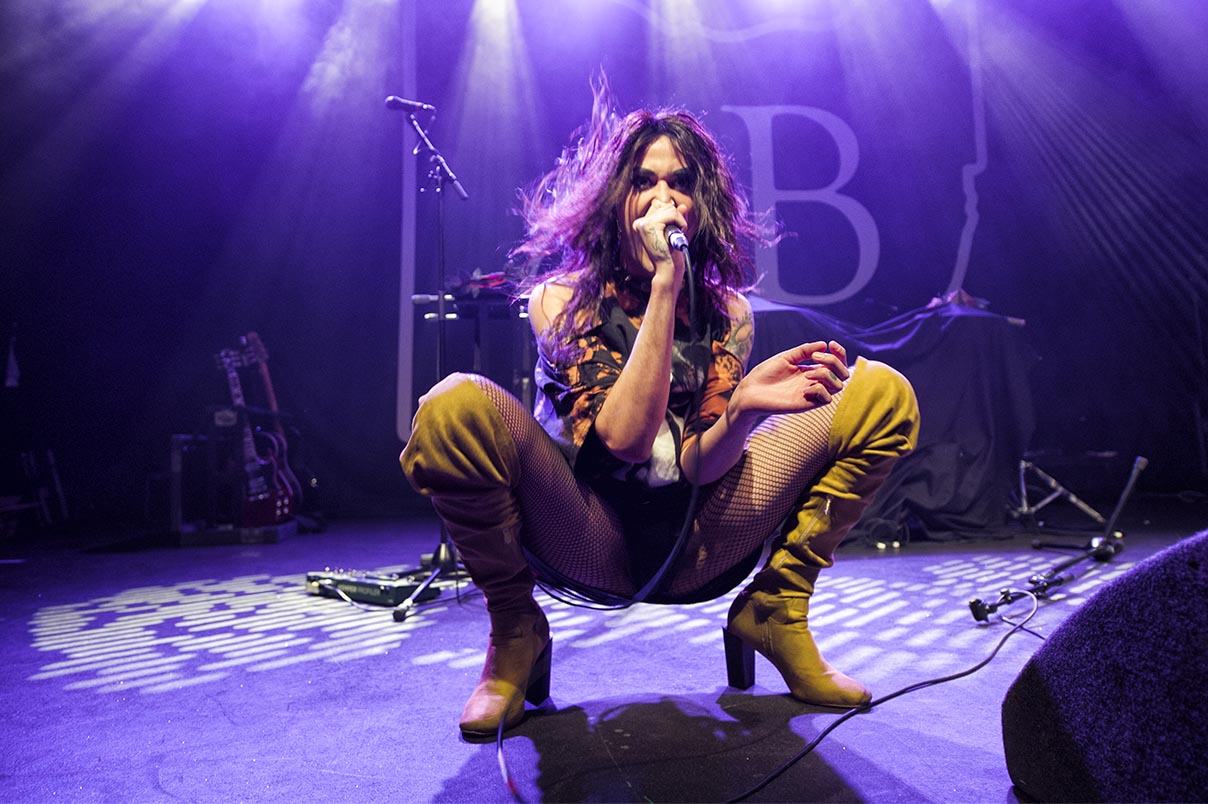 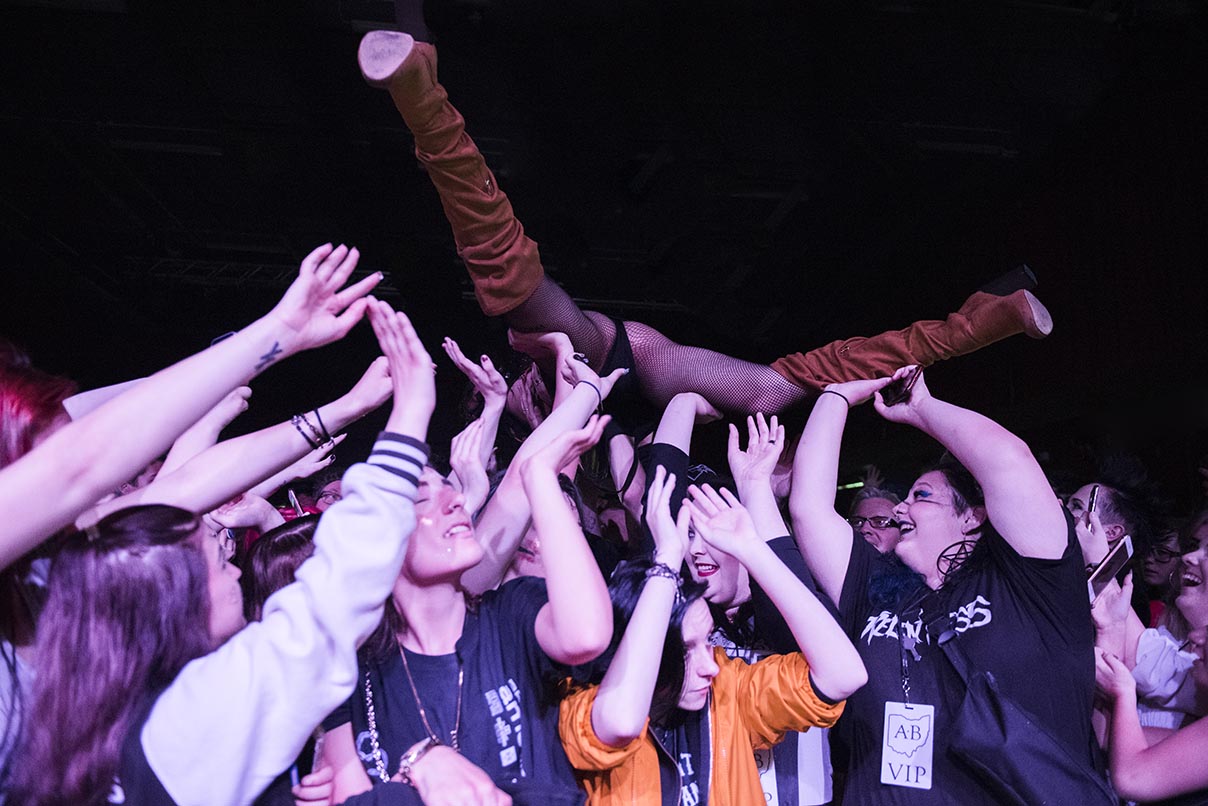 It’s Andy’s fourth UK date so far, he’s promoting his new solo album ‘The Ghost of Ohio’, which is very different to his metal rock band Black Veil Brides. However he still has a large fan base here and the crowd were more than ready, fresh from their VIP meet and greet session. So with fans screaming loudly down the front row, their handsome idol appeared in his trademark black clothes, tattoed and bare chested, dark eye makeup and bandana. Opening to the gothic, electro rock sounds of ‘Ribcage’ taken from his 2016 debut solo album ‘The Shadow Side’ with matching atmospheric lighting and strobes. It was a super dramatic show, with tracks mainly from his Shadow Side album, just three tracks performed tonight from Ghost of Ohio. 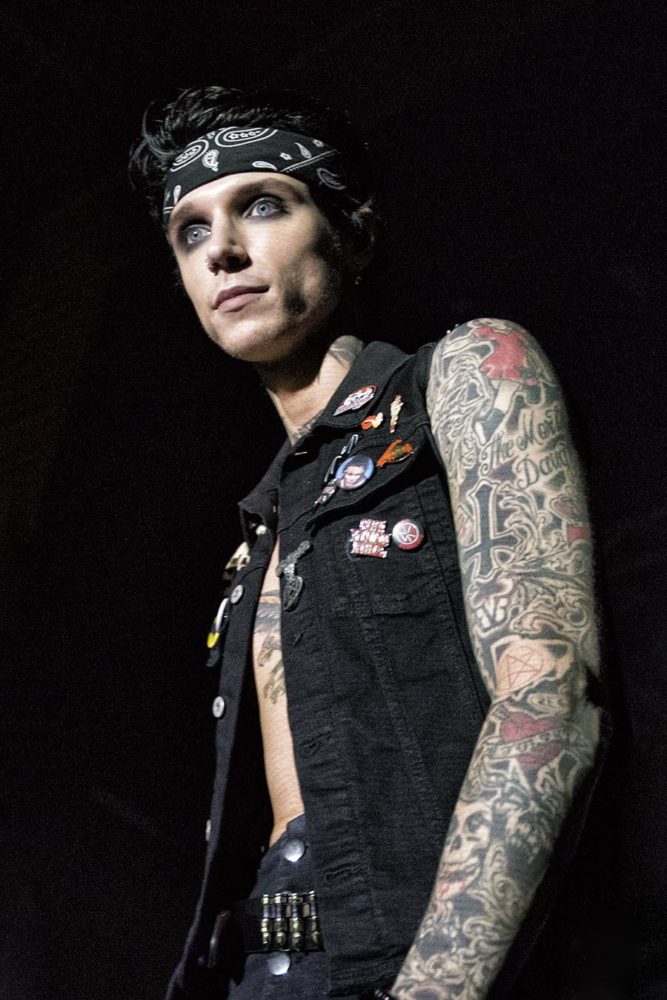 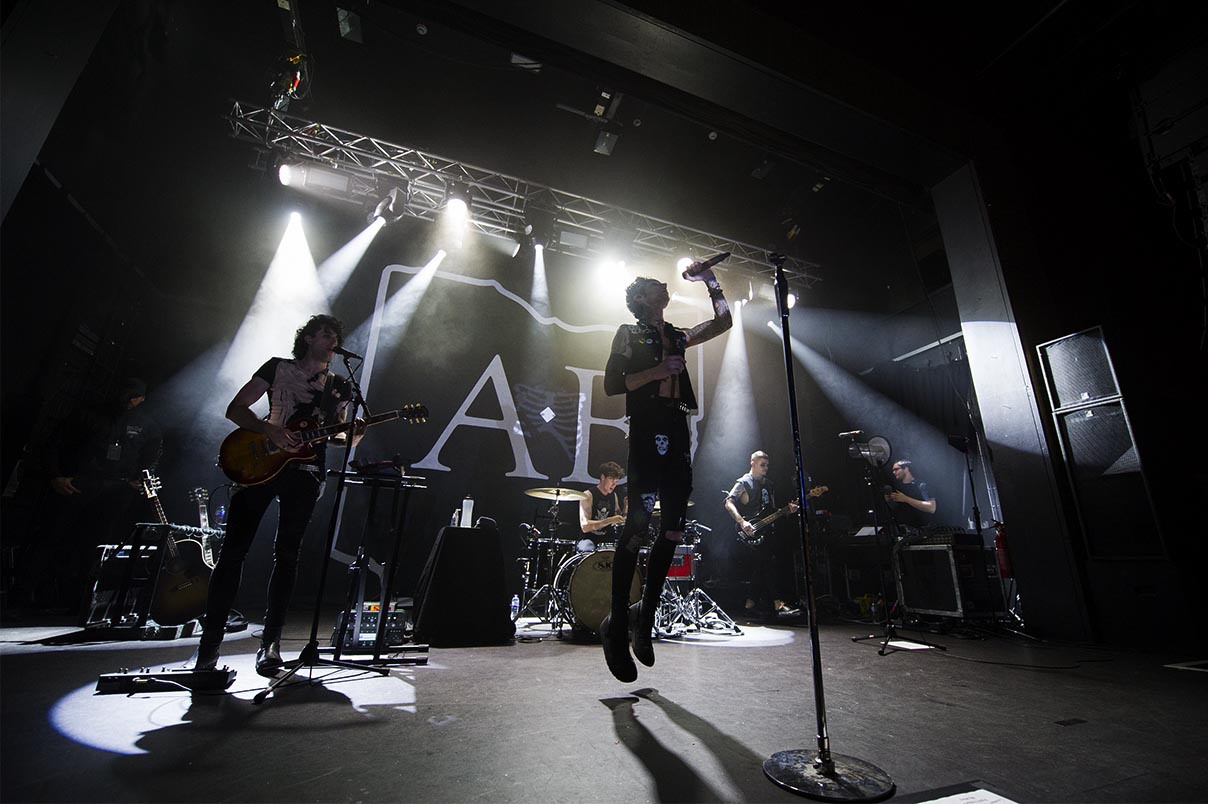 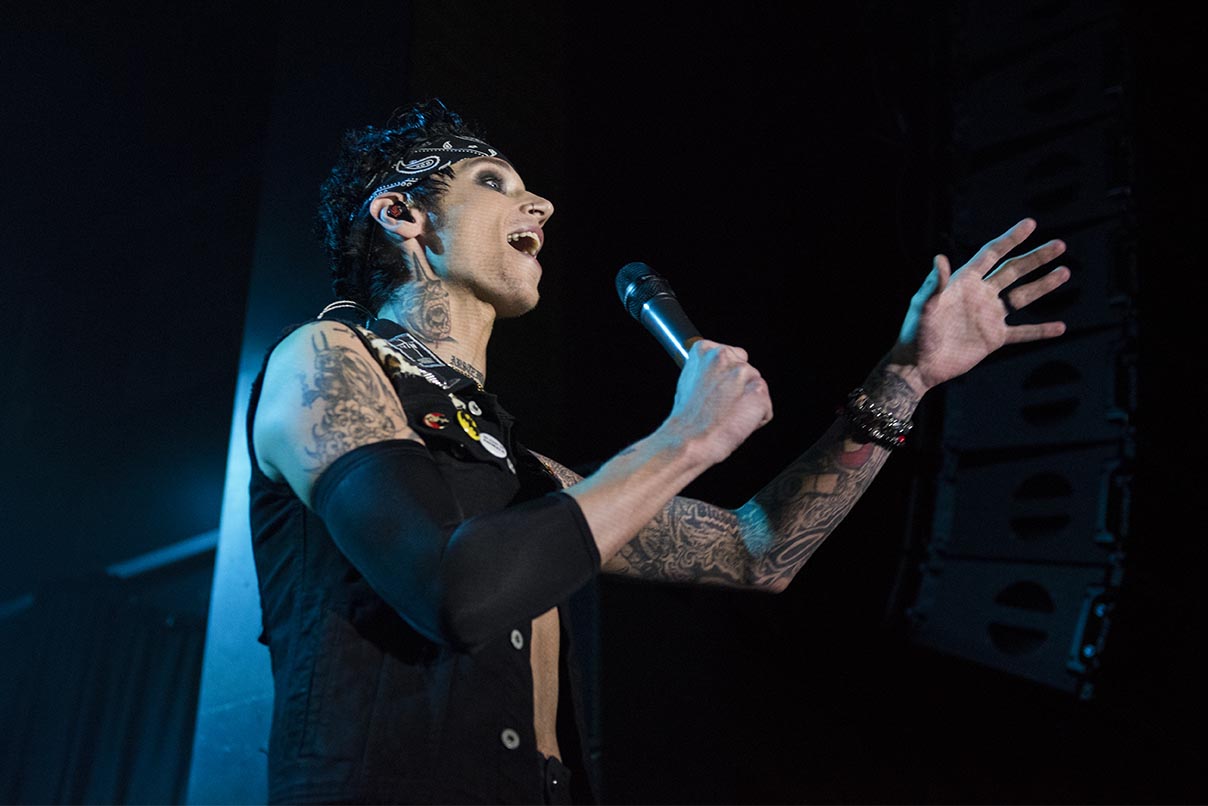 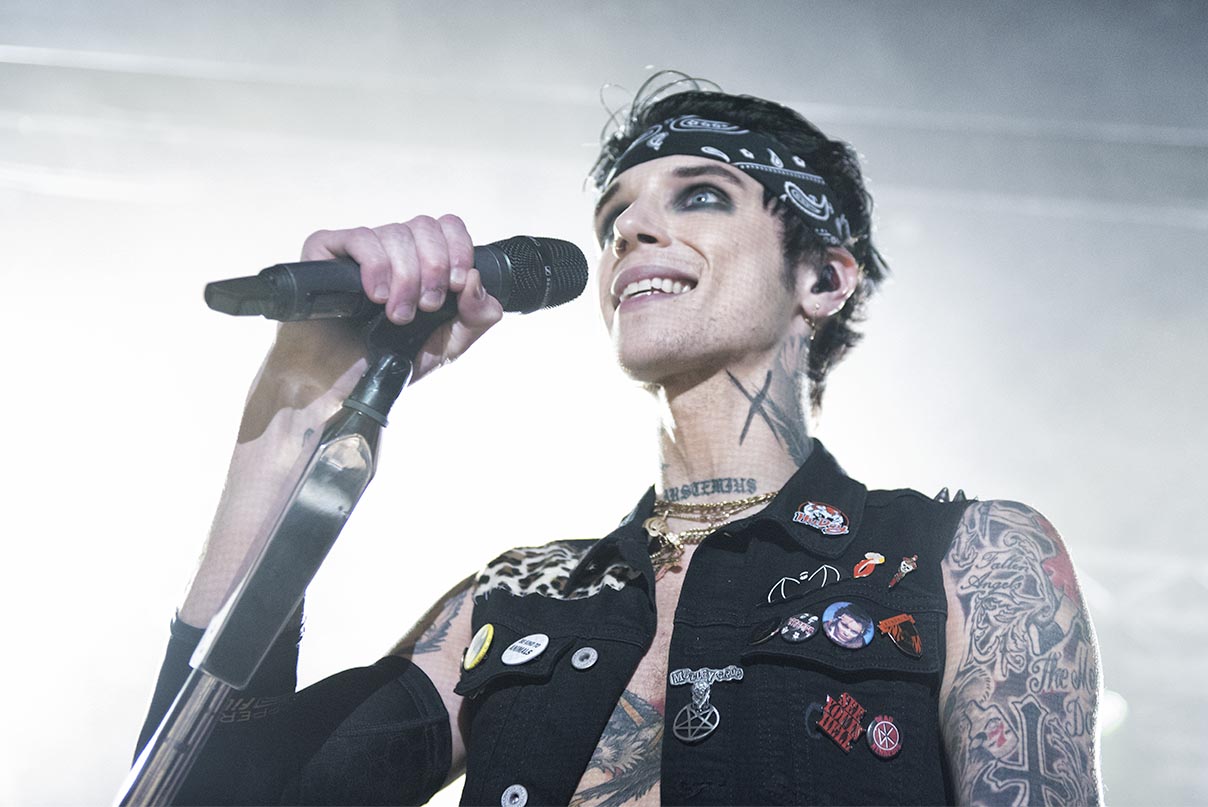 Ghost Of Ohio
We Don’t Have to Dance

(Last time Black appeared in Manchester at O2 Ritz, it was filmed for his official video channel. See if you can spot me in the pit.)

More information about Adore Delano can be found at website

Words and photos by Melanie Smith. More work by Mel on Louder Than War can be found at her author’s archive. You can find her on Facebook andTwitter. Photography portfolio can be found here and Flickr