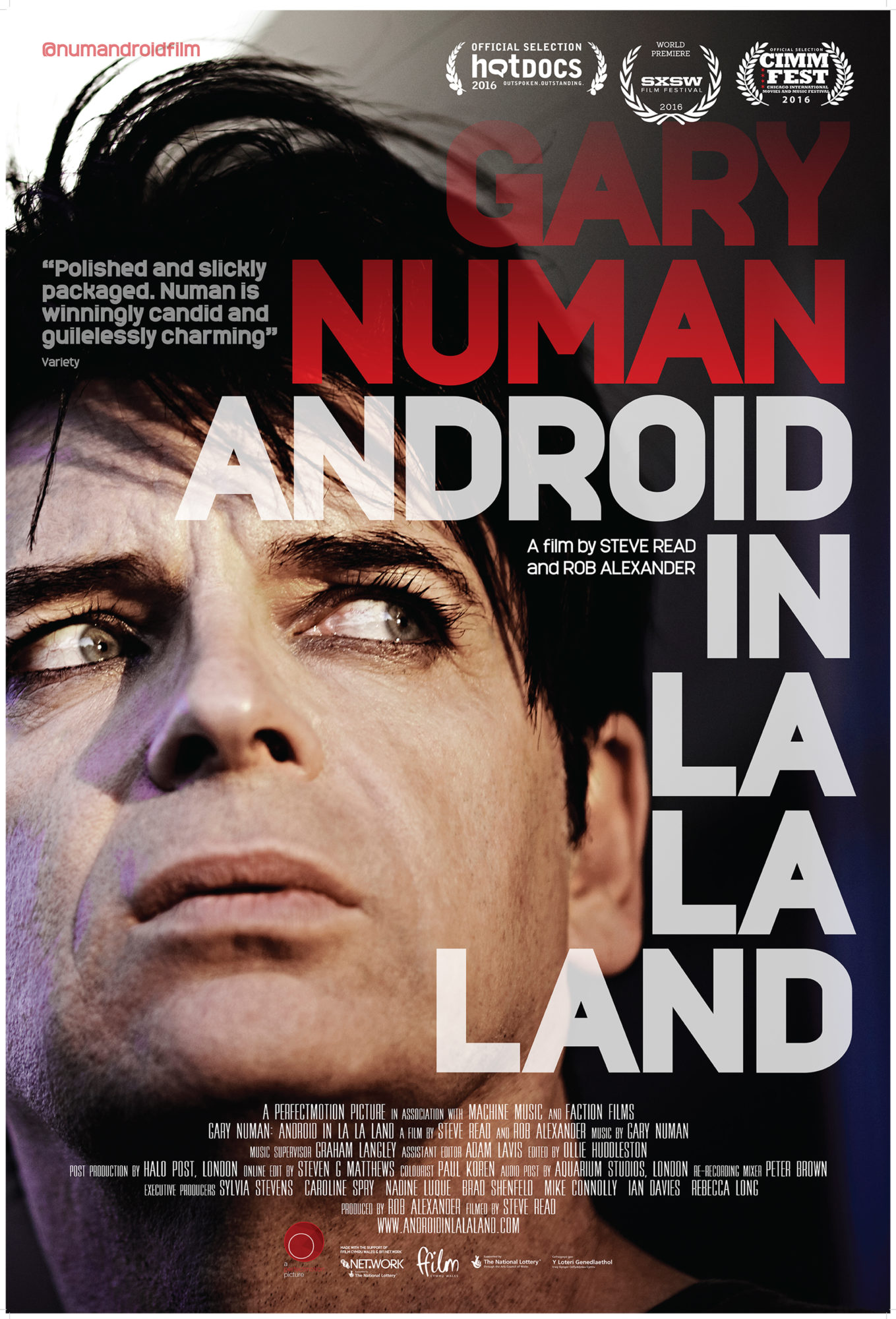 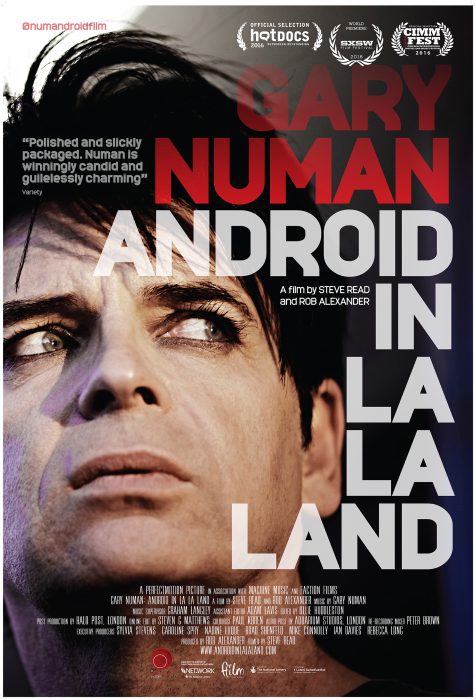 Before I go on, I have to admit to a certain conflict of interest. I’ve been a Numan fan since 1979, when I first heard Are Friend’s Electric. And, because of this lifelong connection to the man’s music and career, I feel quite protective about the way he is portrayed in the media, especially given his treatment in the early stages of his success. Which meant that despite having worked with the director, Steven Read, on magazines in the Nineties, I wasn’t going to simply give an unquestioning thumbs up to an old mate when I went to see Android In La La Land.

The film begins with views of a long, straight, American road, shown upside down in strong sunlight, and without an obvious end or destination. Against this, setting down the roots of the story, the subtitles tell us that “At the end of the 1970s, a nervy young musician from the London suburbs topped the charts. He quickly became one of the most famous men on the planet.”

We’re then introduced to Gemma, his wife, his 3 daughters and his house in Essex, where we see him shifting bales of hay for sheep in a nearby field. “Do you know who you are?” he’s asked affectionately by Mrs Webb, her actual married name, immediately humanising a man that found fame as a remote, robotic figure.

The approach taken in this visually beautiful film by Read and Alexander is one of affection, but that doesn’t mean they shy away from eliciting pain from Numan or Gemma.The camera spends a lot of time close into Numan’s face, letting his clear blue eyes bore into the lens as he allows us into his soul. The detail of his skin and slightly greying sideburns fill the screen, leaving us in no doubt that, if we ever thought of him as a Tin Man, we now know for certain that he always had a heart, and is very much flesh and blood.

Read skilfully shows us the journey the family take over one year, as they prepare to escape England and start afresh in Los Angeles, where Numan will release his first album in 6 years. During this time we’re told by Gemma, a fan from the age of 14, that she informed her careers officer she wouldn’t need a job as she was going to marry Gary Numan. We see tears as both of them detail depression and the pain of miscarriage, we are shown the work that goes into producing a comeback record that simply can’t fail, and we feel the palpable insecurity and fears of someone diagnosed with Asbergers, as he faces up to fall outs with his parents and the world around him.

At the movie’s half way point we hear Numan detailing his life as the money ran out, and journalists were suggesting his mum and dad would have been better destroying him before he was born.  “Imagine you’re standing on a train station, and this express comes flying through. You put out your hand and grab it, and it whisks you away, and everything is a blur. And at some point you lose your grip, and you fall off. The train disappears and you find yourself in the middle of nowhere, a bit beaten up, totally lost.” He says, bewildered as to why he should be hated so much.

There’s a clever use of Numan’s music for the soundtrack, as the narrative takes us from the leaving of England, against the background of his initial stardom, to the bright colours of California, their new home, and the release of Splinter in 2013. As the film moves towards its conclusion, and we see the new work played live to loyal and adoring fans, we’re rooting for Numan, revelling in his survival and re-discovered success.

At it’s core this film is about love, and this enables it to be more than a fan film. There’s the clear love story between Gary and Gemma, there’s the obvious deep love Numan has for his children and his loyal parents and, ultimately, there’s the love that he eventually finds for himself. As we reach the final frames we see Gary sitting on a pink, child’s bed, reading Gerald The Giraffe to one of his daughters. “Sometimes, when you’re different, you just need a different song.” he says, in his soft London accent.

Within this documentary is a parable for us all, and this film shows that this android has a soul.

GARY NUMAN ANDROID IN LA LA LAND is Closing the EEFF on 3 July and will be released in UK & Irish cinemas from 22nd August. For cinemas visit: www.numandroid.com

Simon Buckley is a writer and photographer based in Manchester.