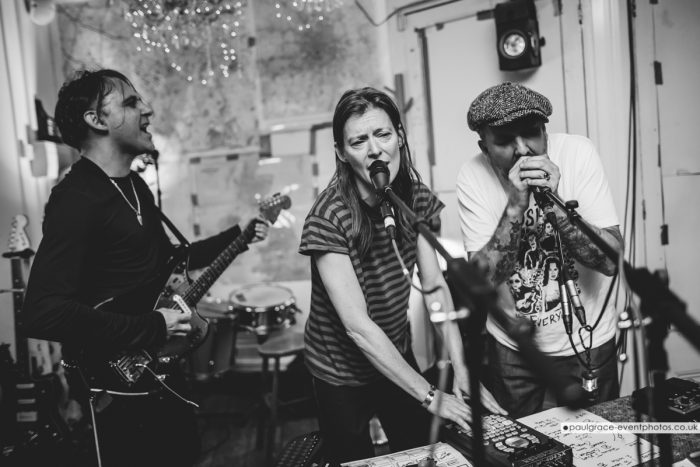 Last year legendary electronica Producer Andrew Weatherall launched a new subscription based record label called Moine Dubh showcasing a veritable melting pot of genres including spoken word, electronica and folk. The artists that appear on the Moine Dubh platform all have one thing in common – they live in (or very close to) South London’s leafy urban SE19 suburb of Crystal Palace.

“Somewhere within an area bounded by Zola’s residence in exile, Pissarro’s paint pots, Marconi’s mistakenly Martian message receiver and the site of a Spurgeon sermon lies a tract of boggy ground of which not even ardent foragers are aware. It was whilst digging for peat on this land that my spade struck the metal box. A box buried in the rich dark layer. A box buried in the moine dubh. On retrieving and opening what looked like an ammo tin I found it to be full of quarter inch magnetic tape. Tapes full of invocation, evocation and magick. Tapes full of music now committed to vinyl. Spells etched into totemic objects available from Moine Dubh Records.”

It was actually local Musician and Producer Nina Walsh who introduced her long-term record label pal and studio partner Weatherall to the sounds of the Moine Dubh collective, after she was introduced to the musicians by a couple of Crystal Palace artists known as The Children (Armorel Weston and the late great poet John Gibbens). The three met at a local allotment and it was this location, in a sense, that was the spiritual birth place of the collective. As Walsh recalls, “my earth mumma showed me the way to the fertile ground – otherwise known as the moine dubh”. Walsh was blown away by the quality and sheer diversity of the music she heard and knew immediately that it would sit perfectly with Weatherall’s non-conformist approach.

The collaborative consists of a small handful of artists and just like any close-knit family the love is very much shared with several of the musicians crossing over between the various acts.

As keen on-going supporters of all things SE19, Weatherall and the Moine Dubh artists recently threw an evening of music as a fundraising event for the 2017 Crystal Palace Overground Festival.

The “Music’s Not For Everyone” party took place in Bambino Emporium of Curiosities situated on Crystal Palace’s triangle; an establishment almost as locally iconic as the nearby towering television transmitter. The shop that night was a surreal sight – most of the furniture had been temporarily relocated to make space but a good mix of curios still remained and made for a quirky setting that wouldn’t have looked out of place in a David Lynch film. Weatherall was on the decks as I arrived and treating the lucky 100 or so sell-out crowd to some trademark chuggy techno-punk bombs, underpinning an eclectic but welcoming atmosphere. 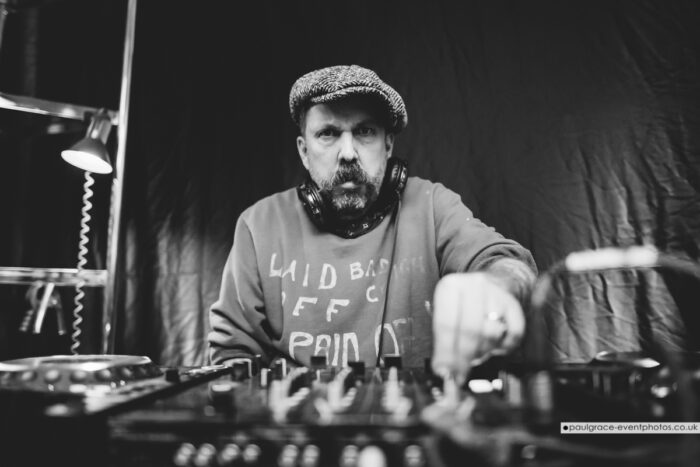 The first Moine Dubh act to play was Fireflies; Nina Walsh with Franck Alba and featuring local poet Joe Duggan. They launched with “Leonard Cohen Knows”, an emotive spoken word journey set against a spooky cinematic soundtrack complete with violin and electronic squeals. Their second track, a cover of Kip Tyler’s “She’s My Witch”, was a dark and sleazy interpretation with haunting vocals by Walsh, and sounding not too dislike the Velvet Underground at their brooding coolest.

Next up with some folk-laden gorgeousness were Low Road who, with their medieval instruments and sound, took the crowd on a wonderful trip to a bygone era. Fragile and melancholic but with absolute hope, Jessica Cahill sung her tales of magpies and treasure against warm and tumbling chord progressions. For “The Last” Cahill replaced the microphone with a hurdy-gurdy; an obscure 18th century stringed instrument that sounds like a cross between a violin and the bagpipes. It made a unique tone that perfectly complimented Franck Alba’s frenzied guitar strumming as both instruments urgently collided to create a shimmering wall of organic sound.

For the interlude Weatherall was back on the decks and lifted the party vibe up a notch (it was Friday night after all!). Such is the quality of the Moine Dubh artists that a couple of tracks have been included in David Holmes’ recent and acclaimed Late Night Tales compilation. Both acts appeared tonight (Holmes was also in attendance himself). During the narrative of “Talking Judgement Day Blues” Alain Maclean twisted and turned like a man possessed as he shared a tale of excess and salvation. Barry Woolnough then delivered a touching “Great Father Spirit In The Sky” with its singalong “yeah hey ho!” chorus; a track brimming with emotion and dedicated to his late wife. 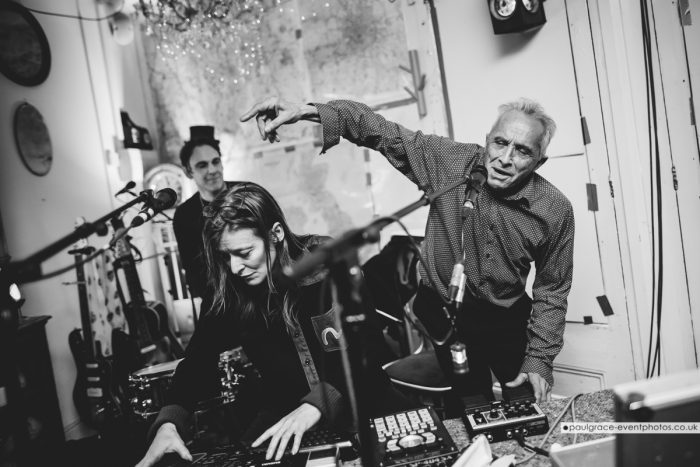 Next up were Woodleigh Research Facility; Andrew Weatherall and Nina Walsh’s ongoing journey into electronica and beyond. The 4/4 beats, fat basslines and fractured vocals were welcomed by the appreciative crowd who were by now drunk on music (and beer!), and clearly keen to get their feet moving as the evening approached its peak.

The two final songs appropriately consisted of a cover of The Children’s “Crystal Palace”, sung in unison by the Moine Dubh artists (along with most of the audience), and followed by Alain Maclean’s “Angels” – a track which most of the crowd recognised from his local open mic sessions and a fitting way to honour absent friends.

By the end of the night the room was brimming with an overwhelming feeling of “togetherness”, and over the four hours we experienced a roller-coaster ride of emotions through some beautiful and diverse music. The talent of the Moine Dubh collective is quite astonishing and conclusive proof that magical creative forces actually do exist deep within the local fertile ground.

You can find more information about Moine Dubh online here: www.moinedubh.tmstor.es and on Facebook. For the Soundcloud page click here and Andrew Weatherall’s web station is here.

All words and photos by Paul Grace. For more of his writing and photos go to his archive. Paul is on Facebook, tweets as @pgracephoto and his website is www.paulgrace-eventphotos.co.uk.