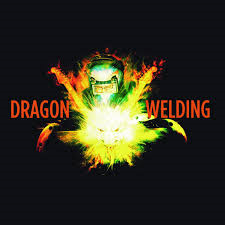 First solo album by the Wolfhounds’ guitarist, with Golding himself playing and singing everything bar backing vocals on three tracks. Ian Canty enjoys a calm and serene musical atmosphere which landscapes some bitter and knowing lyrics…

The Wolfhounds renaissance over the past ten years since reforming has been one of the better stories in UK music. Originally forming in Romford in 1985, they got mixed up in the C86 shuffle, but quickly set their own stamp on things which was a mile away from being merely pleasant janglers. Debuting on long player with Unseen Ripples From A Pebble on Pink Records, they went onto record three further platters for Midnight Music. Each one was a steady improvement which established the band further, along with some excellent singles including The Anti-Midas Touch, rent Act and Happy Shopper. The Wolves split in 1990, with songwriter and guitarist Andy Golding linking again with Frank Stebbing in the band Crawl and singer Dave Callahan launching Moonshake.

The Wolfhounds reformed on their 20th anniversary and have since released two very good albums in Middle Aged Freaks and Untied Kingdom. Easily making the transition to the 21st century, guitarist Andrew Golding now releases this, his first ever solo offering Dragon Welding. Very different to the Wolfhounds spiky attack in sound, being much more sedate in places, however the vividness of the storytelling does provide a common thread.

Almost a truly solo album as Golding plays everything (bar what I assume are family members Alice and James Golding providing vocals on Join the Dots, One Miserable Summer and These Are Dangerous Times), Dragon Welding goes at its own pace, with its own internal logic and flow. Beginning with the tense instrument Dirty Stick, The Builders, which ensues afterwards, has more than an element of the Wolfhounds’ pin-sharp social comment about it. This one is a cutting piece that lambasts the architectural nightmares and their highly paid creators that continue to blight the country, something that needs saying. A really well constructed song that hits its targets while spinning out a complex riddle of words, it sets a clear marker down for the album in general.

A buzzy drone and lonely guitar glisten on the mysterious and brooding One Miserable Summer, a calm and austere atmosphere is evoked which informs much of the LP. An aura of patient stealth prevails for the most part. These Are Dangerous Times (and how right that title is!) has a stamping near-Folk/Skiffle feel that moves thing along steadily and Slap follows up with some neat guitar effects and what sounds like bongos. Join The Dots has a hint of the Blues in its form and a galloping drum beat, the poised and measured vocals a little down in the mix for this one. I’m glad the lyric is included inside the sleeve or I would have had trouble working out the gist of it, which appears to be a dryly humourous comment the ridiculous state of affairs today when a repeated lie trumps the truth.

The Dumb has a slightly more gentle vocal style wedded to a pacey rhythm which works very well and is followed by the two part Bucket List. The initial component is solo guitar picking, then the second part unfolds into song which seems to comment on the pointlessness of living one’s life as a list to someone else’s recommendations. This has some great guitar work again that positively shimmers, the tune is both catchy and appealing. The very brief Solidarite and the cool semi-orchestral drone of Lament For Common Sense close out Dragon Welding – it’s been quite a trip, but one thoroughly worth embarking on.

Dragon Welding is something different and refreshing – still retaining the acute observations of the Wolfhounds, but taking the music in other directions entirely. The subject matter does tend towards a feeling a hopelessness with the rapid descent of society in the last few years – it is something a lot of people feel and Andrew Golding has done well to portray that feeling so accurately. Seek out Dragon Welding, it will surprise.