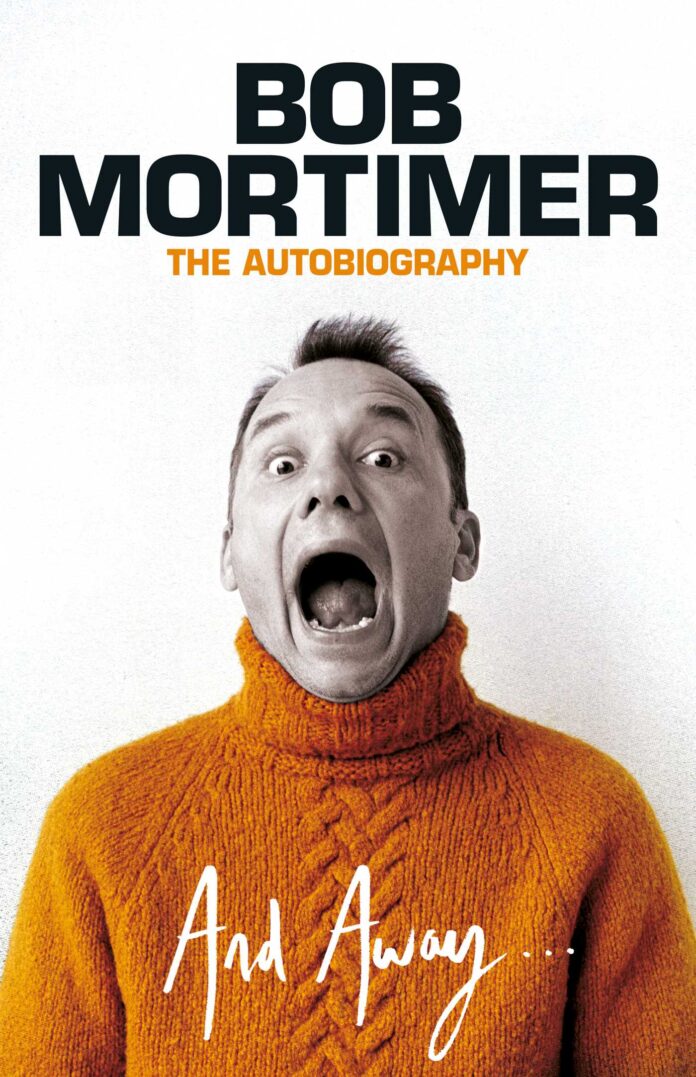 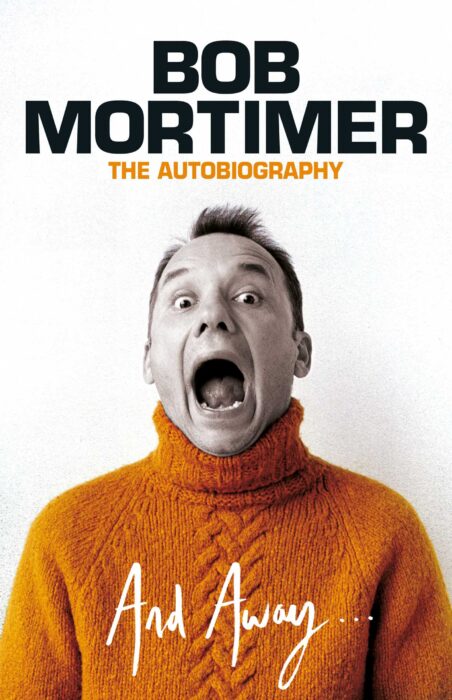 Comedy institution Bob Mortimer turns storyteller for his newly published autobiography. It’s a book that casts fresh light on his often unpredictable life and adventures. But what does his past reveal about his comedy? Where does his taste for the ludicrous come from? And how does he understand his own comedic instincts?

Anyone who has followed the career of Bob Mortimer will know him to be a surrealist of some merit. Yet Bob wouldn’t agree. Twice in his warm and rich autobiography he categorically dismisses the label ‘surreal’. He prefers to think of his comedy as ‘stupid and nonsensical’. In another moment of self-reflection, he describes his approach as ‘finding humour in the mundane’. Rather than being anarchic, he sees himself as rediscovering comedy’s long heritage of daftness.

Despite his protestations, I’m not sure that Bob quite manages to entirely escape from surrealism. At the same time though, these phrases do suggest something else that is in abundance in his book: the power of ridiculousness. My mind starts flicking back through TV sketches. ‘I propose to turn this carpark into a helicopter landing pad’. ‘Don’t slip on the muesli!’. There is surely something surreal within moments like these, but I can see Bob’s point.

His route into comedy was some way from being straightforward or planned. Following some difficult times at university he ended up working as a solicitor, specialising largely in welfare. A role that would inevitably bring with it some tough experiences – Bob notes how this job and the others that led up to it gave him a strong sense of inequality. A chance visit to a comedy night in the upstairs room of a pub put him on an alternate path.

After a few visits to the small venue, he soon became friends with Jim Moir, who was performing in the venue as Vic Reeves. A shared humour led Bob to become part of the act and as the show quickly grew and developed, a double act evolved. In what reads like a matter of a few months, the popularity of the stage show landed them with TV interest. Things escalated quickly. When the question of motivation arises Bob concludes, simply, that he ‘wanted to be important to some strangers’. His initial motivation though was to brighten up his working week with some Thursday night entertainment.

Alongside Reeves, they specialised in bold sets and ludicrous notions, mixed with slapstick and even some old-style yet seemingly ironic variety (songs, dance and magic tricks). Their comedy was something to work at. No one, I suspect, completely understood it. That seemed to be part of the point. The result was a strong sense of attachment to the duo amongst their fanbase – they created the comedy equivalent of subcultural belonging. The crossover with the music cultures of the 90s was clear, and not just in their actual musical collaborations with EMF and the Wonder Stuff. There were other connections too. A sense of a cultural movement perhaps, in which this comedy was an extension of the indie cultures that were creeping to the edges of the mainstream.

Of course, like some of that music, Reeves and Mortimer became part of the mainstream themselves, especially with their most digestible output, the panel show Shooting Stars. Overall though, their comedy was never likely to put them in prime time, not for long at least, there was always a tension there. This tension is in the cracks of Bob’s book. He took 12 weeks of paid leave from his solicitor job so that he could return to it after the filming of their first TV series for Channel 4. Bob knew they were likely to be niche.

Amongst the exaggerated daftness, as is not uncommon in comedy, there was always a sense of an abyss. This type of ridiculousness can only really come from poking at social norms. There is something anomic about this type of surrealism or ridiculousness. Even in the serious space of his Doctor’s clinic Bob wonders why the sink is so low to the ground – he can’t help riffing on this observation. This comedy is playing with what makes sense.

In many ways Bob’s book is defined by mortality. His sense of his own mortality, brought about by a heart problem and the urgent need for heart-bypass surgery, is the thing that frames most of the first half of the book. In these sections Bob jumps back and forward between his early years and his time in hospital or recuperating. This experience becomes a moment of change in Bob’s story, especially when he emerges back into showbusiness in recent years and becomes a different type of performer. There is also the sudden death of his own dad when he was only around seven years old. The descriptions of that day are brief but deeply poignant. The brevity shown on those few pages seems to add to the weight of the circumstances.

Things change, of course. Both culturally and in Bob’s life. The comedy inevitably alters too. Is this a time for the surreal? Perhaps not. Retaining its disruptive property, the spark for silliness and his eye for the strangeness of the world, Bob has moved into a more reflective mode in more recent years. He hasn’t matured, but the circumstances of his health and perhaps a wider malaise have brought something more personal to the surface. Bob the storyteller has emerged.

His regular appearances on the TV show Would I Lie to You? created a space for him to weave improbable yarns, most of which turn out to be true. His fishing show with Paul Whitehouse, based around their shared health issues, the traps of ageing and their trips around the countryside has been a success too. Here Bob is as close as he will get to being philosophical as he pulls on memories and thinks about his future, loss, family and life.

In this reflective storytelling phase of his career we can also now add this autobiography. In some ways the book is a mixture of the Would I Lie to You? version of Bob with the Gone Fishing version. And yet there is more to it. In this book Bob finds a space to express other bits of the story too, and to flesh out things that are little known. His account of his deep discomfort at having to do serious acting for Reeves and Mortimer’s take on the TV show Randall and Hopkirk (Deceased) provides a genuine glimpse behind the scenes.

He has something of a self-effacing writing style. Bob never dwells on things for very long. It’s like he has a fear that he is outstaying the reader’s welcome. He deals with serious issues in a matter of paragraphs, and then only fleeting refers back to them when he needs to. For a performer, Bob doesn’t seem to be too keen to hear his own voice. The result is a full-length and detailed book that is more about the sheer range of life-tales than it is about digging into the details.

This terseness allows for a range of punctuated insights and means that the book is a pleasure to read as it rattles along, but it does sometimes mean that there isn’t quite enough detail on things that might seem important to the reader. One of my favourite of the TV series was The Smell of Reeves and Mortimer, but this was only really dealt with in a few off the cuff lines. This isn’t included on Bob’s list of the duo’s favourite productions, which made me wonder if there was something they weren’t happy with. It seems that Bob, in contrast to one of their most famous catchphrases, actually does let it lie.

In the preface, he questions his own memory and guesses that is reliable about 90% of the time. Even here, in the seemingly more serious form of biographical writing, he can’t help but start with a playful wink. Bob may not consider himself to be a surrealist but, as in his comedy, there is something disruptive, playful and arch in his storytelling. The inconvenience of memory, the fixed order of typeset pages and the conventions of narrative may curb these tendencies in this book, yet there is still much in here that suggests that Bob has maintained his enjoyment of nonsense and his enthusiasm for messing about. Just don’t call it surreal or anarchic, however much it might look like them.