Louder Than War was present for Anathema’s Manchester show in support of The Optimist.

Since forming almost thirty years ago, Anathema have passed through different genres, varying band members and have created a body of work that is truly magnificent. From their doomy beginnings to their universally lauded progressive output, they are a band that is always seeking new ground. Their latest album, The Optimist, has divided some opinion amongst some although as a live proposition they are usually spectacular in their delivery. Their current tour is a huge jaunt around Europe in support of their latest album. 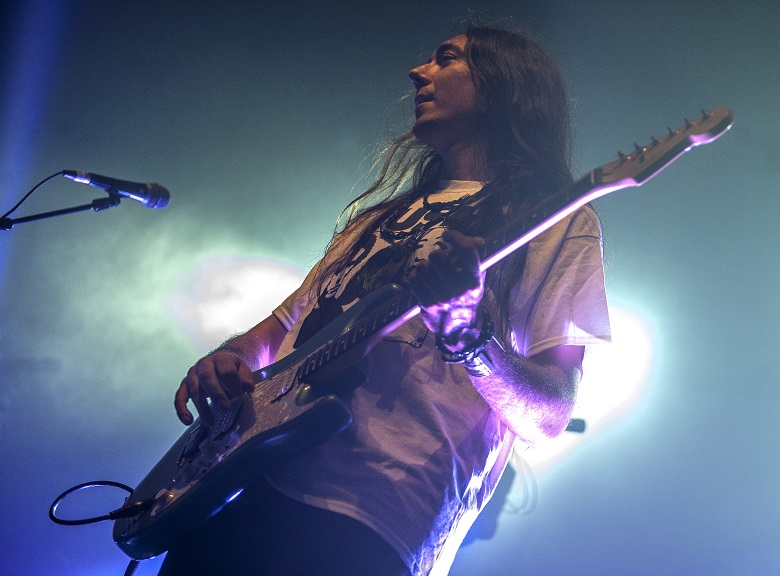 Support on Anathema’s latest tour around Europe comes on the form of French ‘blackgaze’ outfit, Alcest. They themselves have made modifications to their sound over the years, with 2014’s Shelter moving away from the stronger black metal element of their earlier records to a more emphatic shoegaze themes (hence blackgaze). Their latest album, 2016’s Kodama blends the best of both worlds where the band is concerned and their support slot in Manchester saw them draw heavily from this album during their hour long set.

The highlight of Kodama, Éclosion, was aired with aplomb to the Manchester crowd which took a while to warm to the Frenchmen. By the end of their set, and a glorious rendition of Délivrance, the crowd were firmly engrossed in the band and their unique sound. It could be argued that Alcest are a rarity in that they are sonically better on record, however when the sound is right, they sound incredible live. On this particular night, they flitted between the two. Their moody light show helped the band create an excellent atmosphere, and the mixture of clean and more orthodox black metal vocals appealed to different sects of the crowd.

Anathema’s latest album has been somewhat of a challenge for this writer. There are some great songs, and it is incredibly cinematic in its scale; however the experimentation within the album feels a little forced sometimes, and the results vary. With that being said, Anathema is still a remarkable band and the graft that they put into touring and recording is clear. For any artist, they put everything into a new album to ensure that it is the best it can possibly be.

At several junctures in Anathema’s show in Manchester, there were comments from Danny Cavanagh to the effect of new stuff sounding ‘weird.’ Whether this was a realisation that the album was a little polarising and there was a little trepidation about its reception, or whether Anathema were truly happy with their new material was hard to gauge.

Opening with epic sounding instrumental San Francisco, the band were flanked by a big screen with visuals that enhanced the cinematic scale of their music. They immediately launched into Untouchable Parts 1 & 2 to devastatingly good effect. Both parts of the song soar in their own way and they were polished off wonderfully by an obliging Mancunian choir at the bands largest headline show in Manchester to date.

Leaving It Behind was one of the newer tracks that felt a little flat amongst more esteemed Anathema numbers, however Endless Ways and The Optimist showed that the band are at their best when they step up the emotion in their melody, string arrangements and allow Lee Douglas to really showcase the staggering beauty of her voice. As the ending of The Optimist built and built, the crowd clapped along in sync with the band as they really got the volume up to a tipping point with swirling guitars and thundering drums.

With a few newer cuts bedded into the set, the band pulled out some of their finest compositions in Lightning Song, from 2012’s Weather Systems and a rousing version of Thin Air. Again, the whole crowd got involved and the atmosphere in the Ritz was palpable. 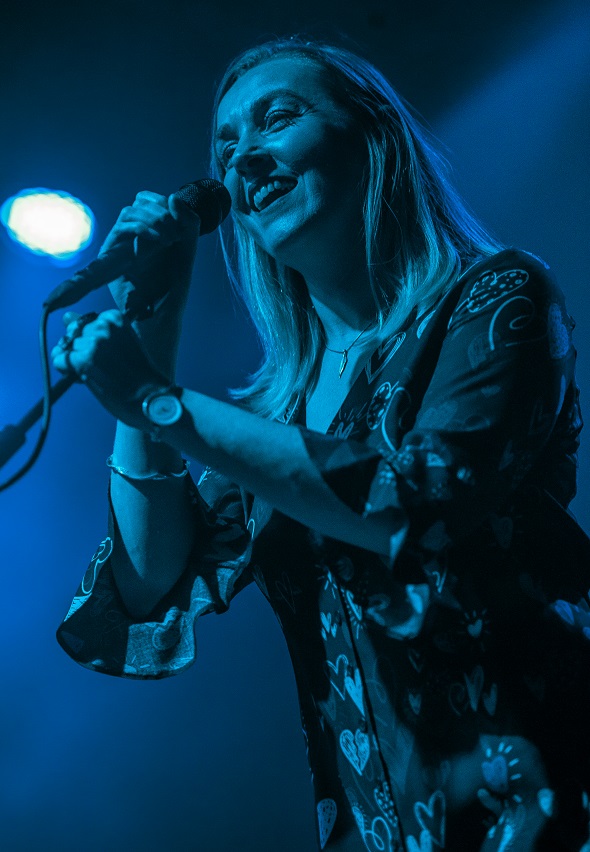 This vein of older tracks continued to close out the bands main set with Dreaming Light, the wonderful The Beginning And The End, a bombastic Closer and the sultry swing of Universal. These songs again show the greatness in the ranks of the Anathema discography. There was a nod to a crowd member sporting a Serenades t-shirt (the bands 1993 debut) from Vincent Cavanagh before Can’t Let Go, giving thanks for sticking with the band throughout the years.

The only cut from the spectacular Distant Satellites was the album’s title track. Preceded by the ambience of Firelight to introduce the encore, this track is essentially a little teaser of what direction the band were about to take on The Optimist. It opens with a more electronic beat and builds to a near dance track. Vincent Cavanagh provided a third layer of percussion to the band, smashing the hell out of a single drum as the track culminated at its ferocious end.

Springfield also helped make up the encore. This was the lead track from The Optimist; it again features Lee Douglas through some soaring vocals, but the track is also heavy with a post-rock feel that ensured that it was one of the few cuts off The Optimist that sat well with Anathema’s older material.

To close out the evening, the band went back to a trio of tracks from 1998’s Alternative 4. A particularly gothic interpretation of Lost Control, and a haunting version of Destiny were aired before segueing into the first part of Pink Floyd’s Shine On You Crazy Diamond before a crushing and rousing version of Fragile Dreams. Prior to closing out the show, Danny Cavanagh reminisced about visiting Manchester Ritz to see Nuclear Assault in the early 1990’s.

Anathema’s musical influences run far and wide. There is the tender side that really tugs at the heart strings. There is the side that enjoys crunching riffs and enjoys the flavour of their doomier past. On this particular night in Manchester they showed off their most sublime and emotional side, and a side that needs refining a little. Anathema should be one of the UK’s premier bands. To those who know Anathema, they are; however they have the songs to truly have a crossover appeal. Whether they want it is another matter.

Live photography by Mike Ainscoe. You can find more of Mike’s work on Louder Than War at his author’s archive. He can be found on Facebook and his website is www.michaelainscoephotography.co.uk