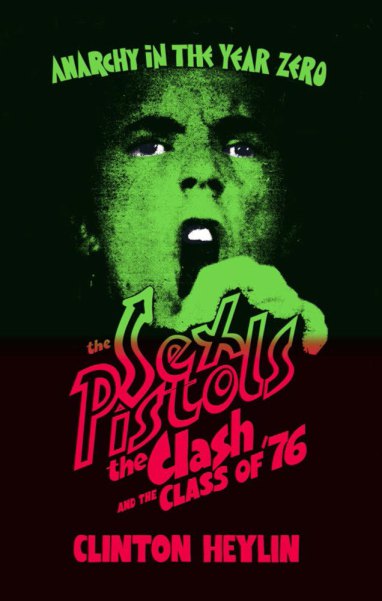 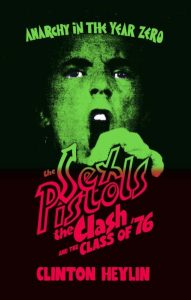 Anarchy In The Year Zero

You can buy the book from here

‘For those who weren’t there, but swear they were, now you are.’ – Richard Boon, former Buzzcocks manager

Punk rock has been analysed and unpicked so many times that is in danger of becoming like the Beatles – a victim of its own over documentation. It’s now known in the book world that a new Beatles book is a dead book with every breath the fabs took having at least one paragraph about it somewhere on the planet and punk may soon hit the same impasse as well with nearly all the main protagonists penning their life stories with virtually only Bernie Rhodes and Jordan’s stories left to be told.

BUT, just when you think that comes this meticulous and breathtakingly researched book from Clinton Heylin who seems to hover between writing books on Dylan and punk rock and has finally released his own personal Sgt Peppers – a book about the birrth pangs of punk rock itself with every twitch and every breath and every distorted fibre of 1976 noted and put into a thorough context trying to make sense of just why this most wonderful moment happened.

In many senses there could be nothing less punk than this kind of factual accounting but then punk rock was always pretty adept at self documentation – perhaps the first really knowing pop culture movement that self documented itself from scratch and was very keen to build context out of the rudimentary noise.

What Heylin has done here is construct a fascinating account of that year in an oral history format like my own Oral History of Punk book condensed into the one key year of 1976 and all the key signpost moments of that year when the fug and swirl of the underground threatened to flare up which it eventually did in the following year when the two sevens clashed.

You can still feel the energy and urgency of the times, the stark choices of the mid seventies and the thrilling soundtrack that’s being carved from maverick underground figures who have become folk heroes as the decades have rolled past. An oral history is a tough call – it’s knowing what to leave out and, like punk rock itself, Heylin has pared the narrative to the bone for this dense and condensed speed read through the battlefield and frontline of 1976 culture that totally explains just why this happened and how it happened.