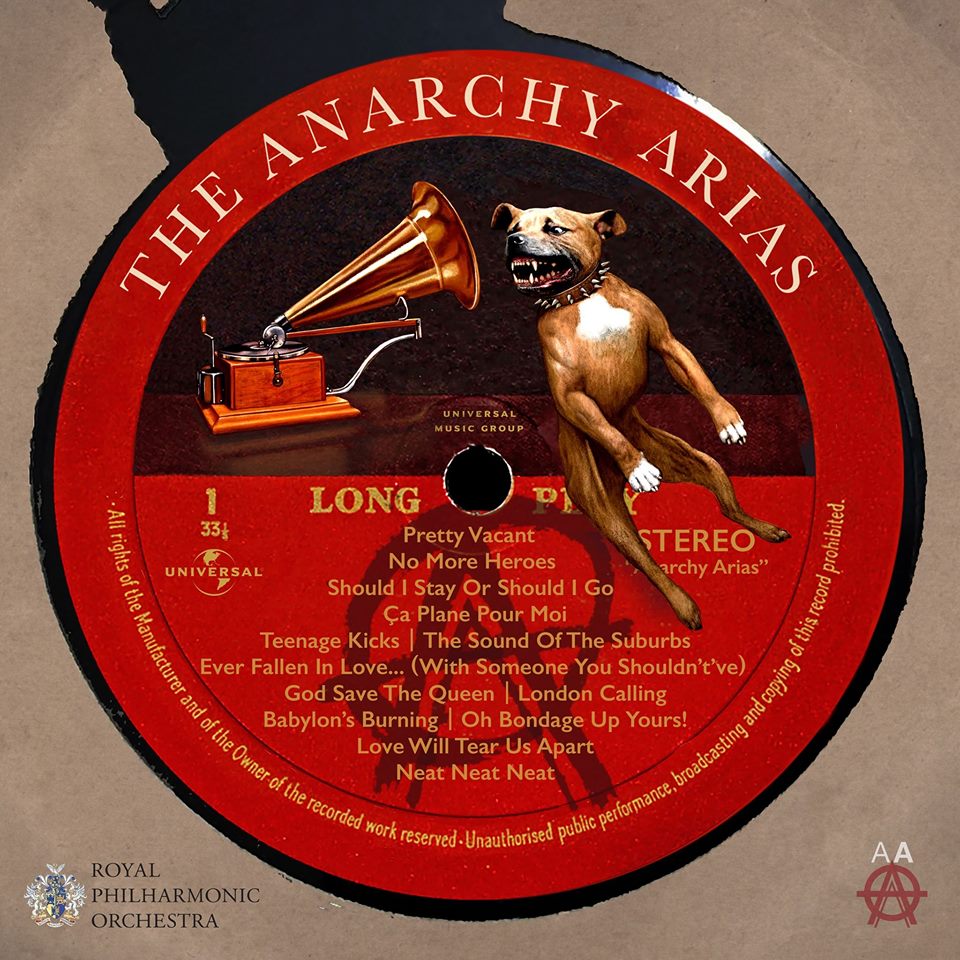 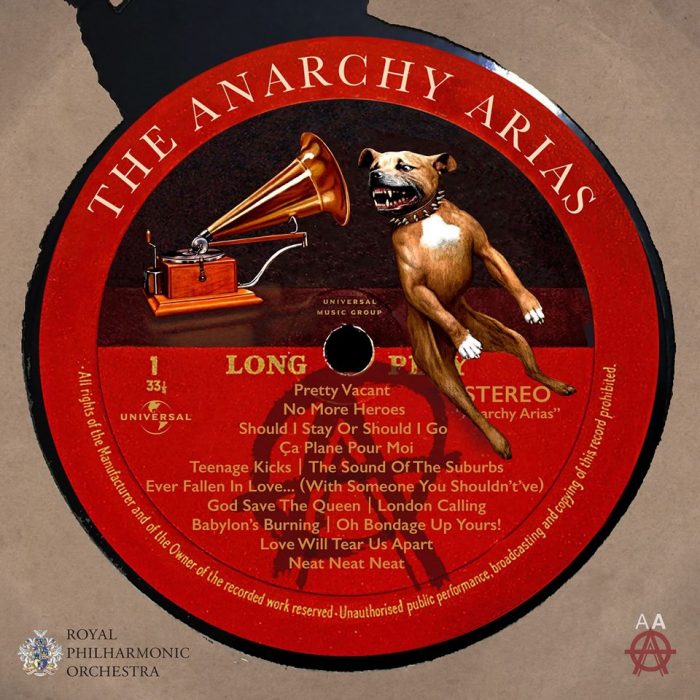 Whilst a whole load of former punks and counter-culture-vultures are getting their knickers in a twist about Lydon supposedly endorsing Trump and Brexit.  How about this?  Pistols bassist Glen Matlock has inspired and assisted with an album of punk cover versions performed by the English National Opera and the Royal Philharmonic Orchestra.

As well as Sex Pistols songs, Pretty Vacant and God Save the Queen they tackle No More Heroes, Should I Stay Or Should I Go, Ça plane pour moi, Teenage Kicks, The Sound Of The Suburbs and other favourites from Buzzcocks, the Ruts, the Damned, X-Ray Spex and Joy Division.

‘Getting A Handel on Punk’ punned the Sun as Matlock poses holding a giant safety-pin instead of a bow with a double bass.

It’s released on 9th June on, now this is ironic, Virgin EMI Records through Sanctuary.

Here is a taster track, which I have to admit, is nowhere near as bad as the idea sounds.

And whilst Matlock is congratulating himself on what a great, stunningly original idea he has had – a lot of us remember this, which came out back in 1995.

Forty years on from 1977 and punk has achieved RPO and ENO approval, Rotten really does want to save the Queen … did the punk generation dye its hair in vain?  Feel free to argue in the comments.