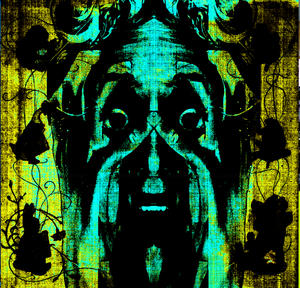 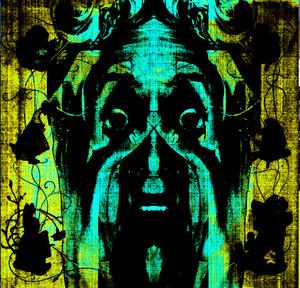 You would be forgiven for thinking that anarcho-punk, as epitomised by Crass, had its death throes sometime in the late ’80s. But, just as dissent and rebellion have become hidden, ignored or just plain ridiculed by the capitalist owned media who have their own agenda to stupefy the general populace with reality television and demonise difference, so subversive art still thrives, if you only make a little effort to search it out.

Anarchsitwood are from London and they’re a fun bunch of subversives.

Crass are an obvious influence. But, where so many bands took up the Crass torch of anger and noise, few saw the sheer intelligence and humour. Anarchistwood aren’t a screeching anti everything band, they take that hippy/punk union of subversive chaotic love and peace and ally it to a musically proficient and tight sound that can veer between out and out punk to a Gang of Four funk or a Zappa style shift of rhythm. Add to this a clever use of sound bites and vocals that switch between anger and beauty, and you have a whole record that is bigger than its parts.

Rats Live On No Evil Star is rollicking fun with vocals shared between members extolling the virtues of anarchy whilst questioning the use of colonoscopy. Bomb In A Luggage Rack is a great punk song, and was rightly released as a split single with Flowers In A Dustbin, playing on the fears that plague Western society to keep people blind to the crimes of their own leaders. There’s dub here and a version of Minor Threats Straight Edge. Bucketae Cuntae looks at the role of women and men and Wake Up Marie is a homage to the killed American journalist Marie Colvin.

At the end of the album you feel you have been on a journey on a path less travelled, through a news report from the fringes populated by court jesters and insane clowns. But, as in Shakespeare’s King Lear, it is the fool who is brave enough to speak the truth to the king and the fool who is the one who sees the real truth.