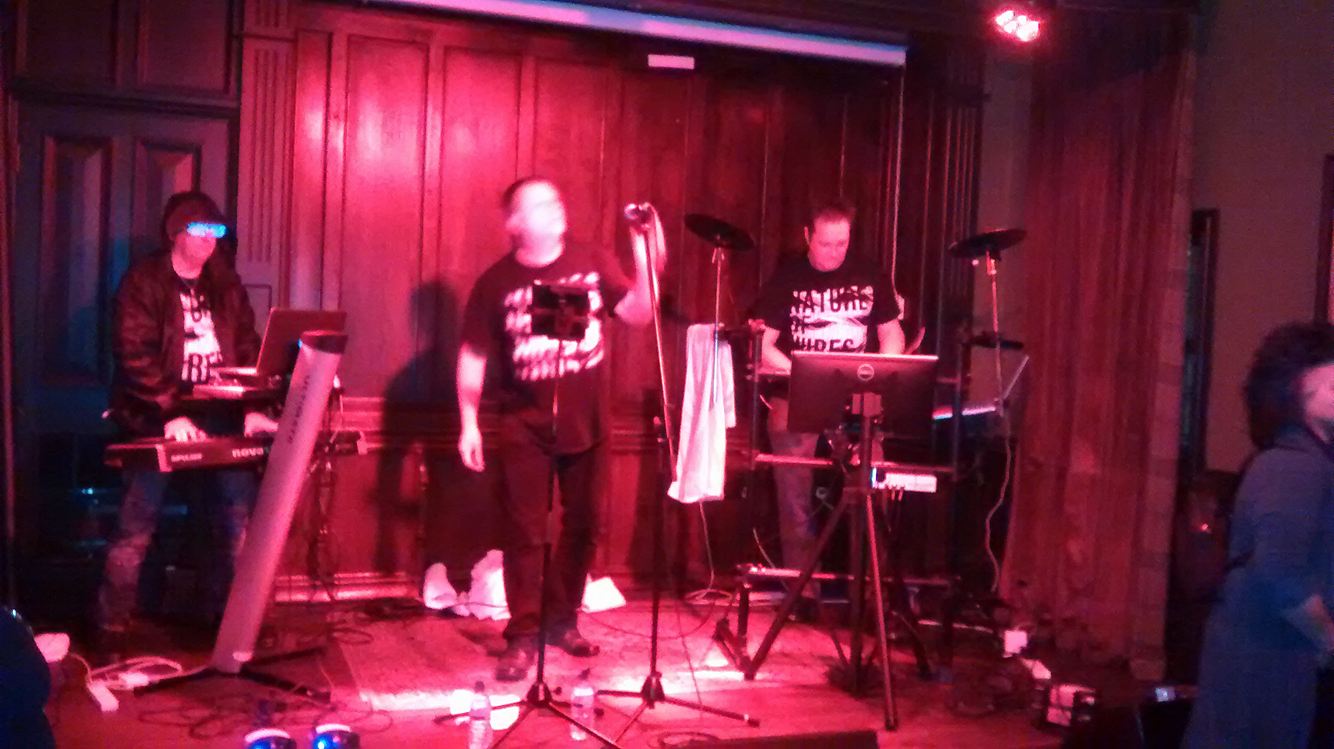 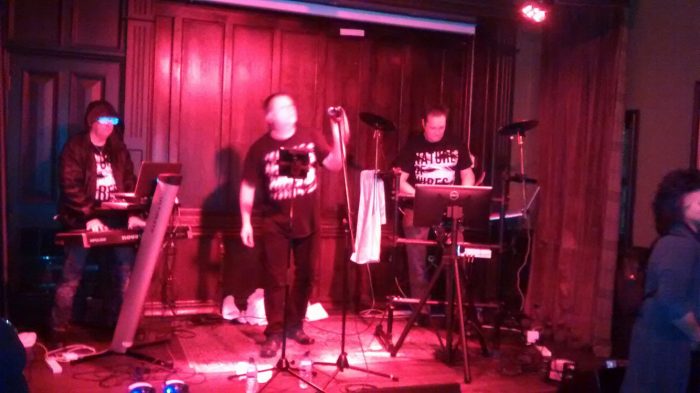 The electronic intrigue served up on a cold Saturday night by the Manchester-based but internationally-exploring AnalogueTrash collective never fails to disappoint – and their last label inspired live event of 2017 took over Oldham Street’s iconic Castle Hotel with three groups: Nature of Wires, Real Experts and Berlyn Trilogy on the bill. Louder Than War’s Emily Oldfield went along to check it out…

An electronica night which brings lesser-known bands together from all over the country and gives them nearly an hour each to make an impression on a new audience in a historic and intimate environment not only sounds good in theory, but works well in practice.

The crowd was already approaching full capacity early in the evening – ready to be treated to a thrilling ride of rhythms and resolve, before the first band hit the stage. From the Depeche-Mode- moments and striking synthpop of Berlyn Trilogy, to the suspended soundscapes of Real Experts and dark-woven industrial intensity of Nature Of Wires; this was an occasion celebrating the eclectic array of electronica the UK has to offer.

In an age of apparent over-saturation, this approach of embracing artistry and putting on variety works powerfully in favour – AnalogueTrash opening up a real showcase rather than shoe-horning themselves to a certain subculture or genre – something which can happen too often on electronica nights.

First up were Berlyn Trilogy, who made an instant impression – as creating intense electronica with full instrumentation on stage. Not a laptop in sight, but instead four musicians and a dazzling array of analogue equipment, a bass guitar utilised as a lead instrument rather than for rhythm, billowing backing vocals and much more.

This allowed their beautifully layered, evocative electronica to acknowledge and assimilate the mood of the audience, making even more of an impression thanks to an impassioned live vocals of Simon Rowe which were imbued with an almost theatrical new-romantic flair. A rousing start, stirred by spiralling harmonies and heated up with blistering bass.

To follow were Real Experts – who manage to combine stand-out vocals with creative keyboard dexterity and wizardry, every track powerfully unique. I was particularly struck by the power of the singing – a welcome change from many electronica tracks where the vocals are low in the mix or else spoken-word in nature.

This was a syllable-soaring, emotion-exploring trip intense enough to have the vocalist bending and pulsing on stage, highlighting the blend of the beats which brought together themes of love, loss and self-identity. This was synthpop with flair and a theatrical quality – complete with skilfully synchronised music.

Finally, Nature Of Wires – who had the crowd thrashing and dancing within a matter of minutes of hitting the stage. Their deep-hitting danceable darkwave worked the crowd in to a frenetic frenzy – the trio of Gary Watts, Andrew Stirling-Brown and Tim Powell-Tuck clearly enjoying the experience. Their beat-driven blends of synths, keyboards and bass seemed crafted as if to install the room with energy; strong rhythms sustaining the crowd’s interests in their lengthier tracks.

Combined with mellow yet musing vocals, these are tunes which encourage us to think inwards; like a seething soundtrack for the mind. Refreshingly, this is energy infused beats rather than empty club anthems, celebrating industrial aspects but without being tied to a specific genre.

In summary, it was a night of eclectic and emotionally charged electronica which opened up new avenues of energy and infused the room with its uniqueness and artistic vision.