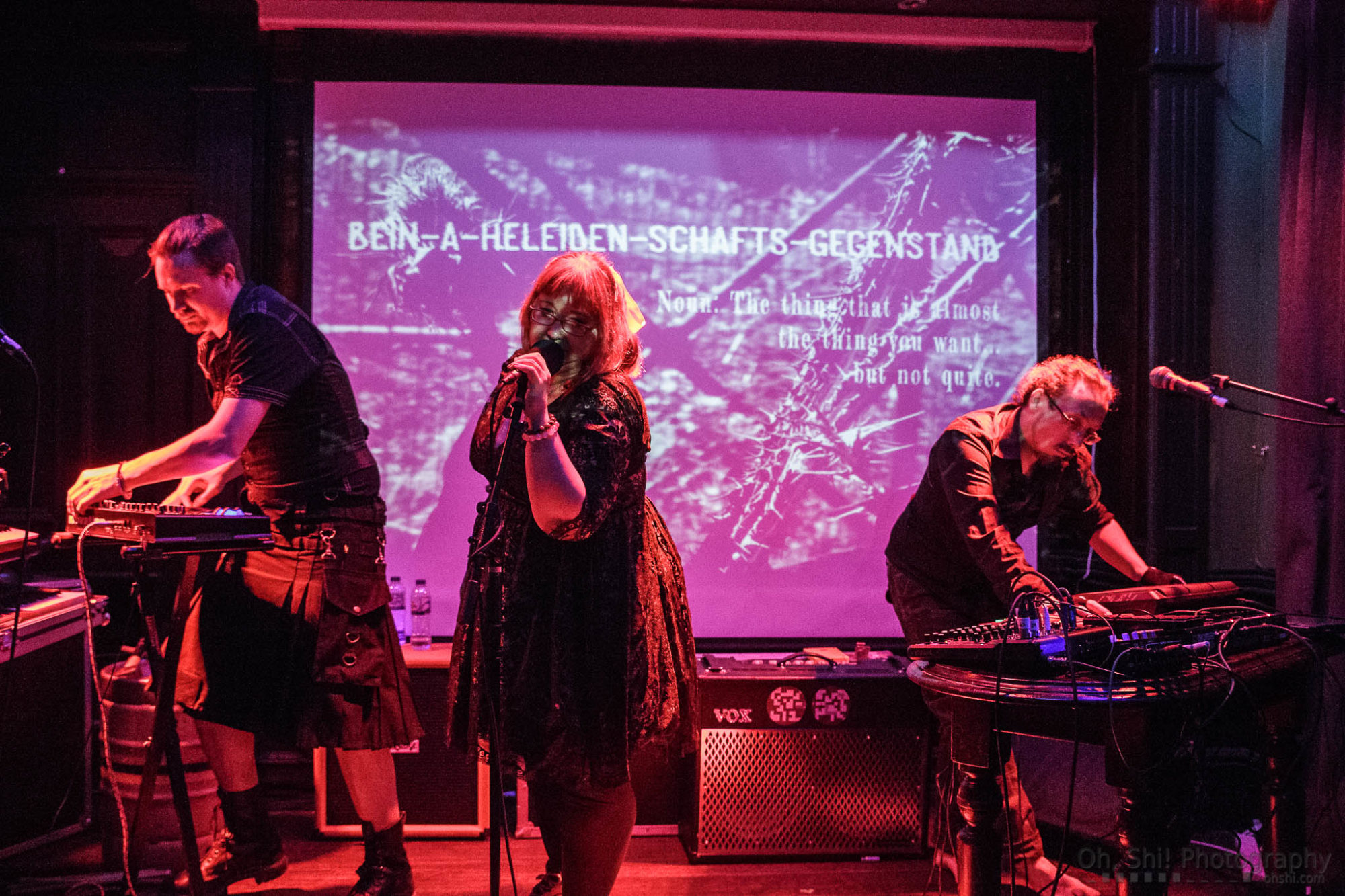 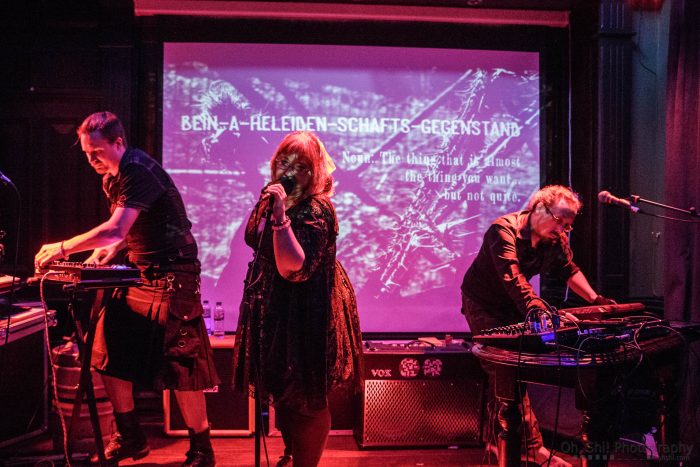 AnalogueTrash live events bring together contemporary electronic musicians from all over the country and present them to the people of Manchester in the atmospheric setting of the Castle Hotel. The wood paneling and dark interiors serves as a great backdrop for atmospheric electronica, with the use of an overhead projector giving graphic gravity to the proceedings.

Saturday 20 May saw three acts in all, the intriguingly-named Beinaheleidenschaftsgegenstand, solo artist Pixelate and duo OLA, in what was one of the most interesting AnalogueTrash events yet.

First to go was Beinaheleidenschaftsgegenstand, a three-piece from Reading whose name translates as ‘the thing that is almost the thing you want… but not quite’. Therefore it speaks of uneasiness… and indeed, they imply that industrial is an attitude, not just a genre. Their music is infused with an experience of hardship and heartbreak, highly-crafted spoken word over utterly original drum patterns which during the course of the set included a hammer being taken to a metal container. Consisting of vocals and poetics from Tiffanie Wells, along with John Bowers and Mark Haigh providing additional vocals and a sheer force of electronics and percussion, this is a sound which makes you freeze, rather than makes you move.

And that is certainly not a bad thing. One of the most interesting acts I have heard this year so far, this is a sound where drums drive with discord, whilst the vocals spiral into reflections of love, loss and hurt, with ‘pain’ being the repeated word in the highly memorable Bleed Between The Lines which explores self-harm with an unabashed rawness. Think power poetry meets a noise factory. Another stand-out track was Falling Back In Fields of Rape, a cover version of the 1986 anti-war song by Current 93, with guest vocals from Tom Mullen.

With Beinaheleidenschaftsgegenstand providing a haunting, horror-infused soundscape, Mullen screamed into the crowd in an utterly arresting performance, added to by the cries of the band. Relevant, rousing and music that makes you stand and consider – the projections in the background, blurring the band name with scenes of decay, skulls and yet also symbols of ethereal beauty adding to the presentation of musicianship; standing for what they are passionate about, through the pain. 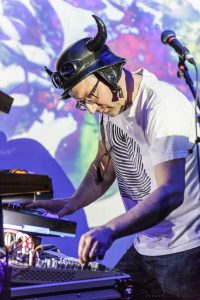 To follow, was Pixelate – the solo electronic act of Andy Wain, which was comparatively more beat-driven and writhing with rhythms. For this is an integral and valuable feature of the AnalogueTrash live events; bringing together a variety of musicians in an evening which take the audience on an auditory journey.

The trip this time was visual too, as projected into the background were a series of self-produced projections giving a close and atmospheric synthesis between sound and video – with a particularly disturbing exploration of robotics.

Wain has played to audiences including Solfest and Glastonbury, the co-ordination of his set showing great skill, as almost psychedelic prints pulsed behind intense instrumental tracks. The audience were soon on their feet, ducking and diving, dancing as if absorbed, all the while Wain becoming increasingly incensed on the dials– one man working his way over the electronic equipment, complete with a horned helmet. Reminded me a little of Orbital – but amplified and expanded with even more layers to loosen our bodies to. A brilliant, boiling performance – and amazing to consider it is the work of one man alone. 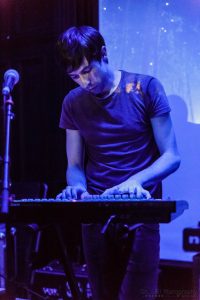 Finally, OLA (One Little Atlas) took to the stage, a duo from Manchester consisting of Dean Jones and Kevan Hardman, combining electronic ambience and stunning soundscapes with an almost angelic vocal quality. I mean that in the sense of ethereal nature of the voices, utterly unique, as their melodies spiral to heights which may move even the most stubborn listener.

Having performed also at Sounds From The Other City just last month, OLA have the obvious ability to captivate audiences, with their stunning combination on the night of falsetto vocals and live guitars over synth work bringing a stunning finale to the evening. If you want dreampop which dares to bare the beautiful, then OLA are for you.

Three very diverse acts, each with their own unique value – and well worth listening to, testament to the curation of a label which really cares about the experience of the listener.

Credit to Oh, Shi! Photography for all images.