Home Blogs An Unconscious Coupling: Rocketman and Joker – The Double Life of Film 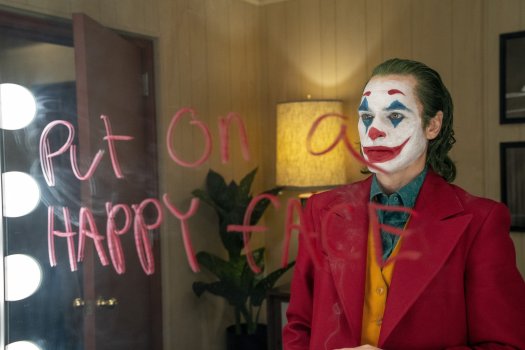 What can box-office hits tell us about the human condition?

In the light of their success, Lee Ashworth reconsiders two of last year’s biggest hits, Rocketman and Joker, and wonders what cinema can tell us about ourselves.

In recent weeks, two films I watched in close succession broached an uncanny interplay within the sleepy hollows of my mind.  It wasn’t an immediate realisation, it was an unconscious coupling.  There they lay after my initial consideration, dormant as yeast but then activated, unsuspectingly, by the heat of their proximity.  Several days later, the films gained a second life that I can only describe as a cinematic symbiosis. I sit here now, pondering the unexpected connections between both of these films, how they reflect contemporary life, current prevailing views on personal identity and how both films will in turn feedback, reinforce and ultimately progress our collective understanding of the human condition.

In both films, the zenith of the narrative is reached where the titular characters finally give free reign to their exuberance and fully realise themselves through costume, music and dance.  We see Arthur in full face make-up and suit, clenching his fists and high kicking off the now famous New York stairs, and we see Elton owning the stage in his flamboyant, Bob Mackie bird costumes of the 70s.   The need for catharsis is irresistible for Arthur and Reginald and for the audience too, despite the consequences.  The transformation is extreme and also heavily contrasted with their disaffected ‘offstage’ lives.  Joker and Elton both wear painted smiles over their formerly silenced mouths.

Are the masked avatars of Arthur and Reginald their truly authentic selves or are they embracing the post-modern, revealing the ultimately hollow truth that there is no true self, only a series of masks? Contemporary lives are awash with multiplicity as we embrace diverse roles online, offline and in the way we negotiate our existence in the interplay between the two.  The search for authenticity as the essence of who we are has been underscored with a deeply cynical scepticism beyond modern thinkers such as Sartre and Nietzsche, to the pre-Socratics of Ancient Greece, but despite all this, as an audience we still collude with film makers in the widespread belief that the development of a narrative arc will reveal the core of a character.

A further commonality between both of these highly successful, award-nominated movies is the trauma that is the context for the respective transformations.  The presentation of narratives in both cases conspire with the viewer to construct pathways from trauma to the moment of transformation, as a means of understanding how the latter could be possible.  There is an equation between the pain of earlier life and the level of risk worth taking to instigate a more emboldened version of the self.  This narrative relies on the implicit assumption that the film-going public will find such links plausible – and of course, they are and we do – currently.

Trauma results from events that are experienced as physically or emotionally harmful with lasting adverse effects on mental, physical, social, emotional, or spiritual well-being.  Both Joker and Rocketman deal with childhood trauma in myriad forms, from the physical to psychological and emotional.  But what does this mean for the way we perceive these characters, for the context that both films share?

The Joker is no longer a random freak criminal. Elton John is not merely another tortured artist who simply can’t get there without the substances. Neither need to be saved from themselves, they need to be saved from what others have done to them. The expected response is one of compassion rather than of judgement.

This tells us, confirmed through the medium of massive box-office cinema, that we expect rational understanding of the concept of what it means to be human and that we share a widely-held internal logic underpinned by compassion. Through film, we are pulling the human closer towards us, holding those who suffer and deviate tighter to our chest, even with their lipstick grotesques. In these moments, cinema allows us to hold a mirror to ourselves.  Like other animals, we might not recognise our reflections in its shiny surface, but it’s the way that we look at ourselves that reveals the most.

If you haven’t seen them yet, watch the trailer for Joker (2019) here: