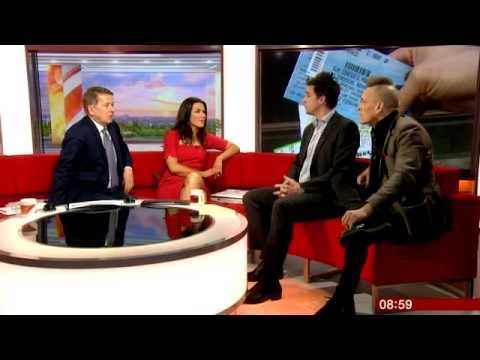 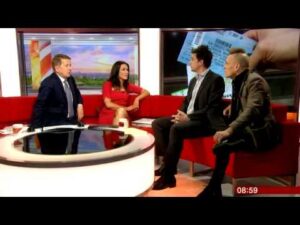 A notable acknowledgement on the subject of secondary ticketing companies emerged this week on, a subject about which I wrote loads here on Louder Than War last year.

The scramble for Kate Bush tickets began at 09.30hrs last Friday (28-03) and by 09.33 hrs there were already tickets available on one of the “secondary ticketing” websites from £650.00 upwards.

Outraged music fans and readers of Louder than War may have caught our own John Robb on BBC breakfast recently head to head with Steve Roest from Viagogo, a man who managed in the allotted time of six and a half minutes to avoid answering the simple question “where do these tickets actually come from?” whilst also maintaining that even though there are tickets on their site for £1500.00 they never actually sell any at that price (!)

What was noticeable for me though this weekend was an article on NME highlighting these practices.

Can you spot the irony here?

Just in case they take this down – which I’d be surprised if they didn’t – this is an article about how these secondary companies are selling Kate Bush tickets at extortionate prices with a little button next to the headline that enables the reader to be taken to the NME tickets page where you’ll see Viagogo links. (The comments at the bottom are fab but I can’t add mine as for some reason I’m unable to log onto the NME site anymore).

Are NME reporting this or advertising this? Are the NME now ready to openly debate this practice that many of us find unsavoury?

We could certainly do with a publication such as the NME being on the side as us music loving hoards, people who are prepared to sit hitting the refresh button to fill out venues across the country and who are all up in arms about this nonsense.

Or is it all left to us again, the keen music loving fans that do this out of passion for the musical output in this country to ask if publications can stop advertising these companies on their web sites and thus making themselves part of the problem?

Come on NME we can all fight this together, it’s not too late to join in, however if people such as MP Sharon Hodgson and the rest of us who are working hard to stamp this out get their way then your own silence on this will be duly noted and at least one of your customers with an extra couple of quid in his pocket each week at the moment may never return. If you think selling tickets at extortionate prices is a bit like the ticket touts that hang around outside venues (i.e. is not a good thing) then help us out here and please stop taking advertising from these organisations and therefore condoning this practise and giving us the impression that you think this is OK.

How many more times do we have to keep moaning about this?