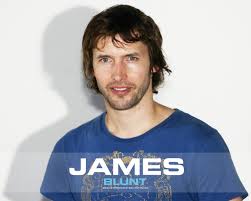 I’m not writing to you about the easy joke with the rhyming slang which I must resist. Must resist…Must resist…James Blunt…rhymes with punt…that would be childish and miss the point…

I’m not writing to you about your music being annoying. That would be unfair.

OK, it is annoying but it’s easily avoided by switching off those endless dull radio stations where music is a background mush for the surprisingly large amount of Smashy and Nicey DJs that still exist out there in media land. A background drone of digital nothingness for people to doze through work to for radio stations that no-one ever listens to in world where music means nothing.

It’s not the fact that you are posh. There’s been lots of great posh pop stars. Quite  a few of the punk gang were posh and that’s fair enough.  We don’t care about stuff like that. It’s not where you’re from it’s where you’re at as Ian Brown once wisely intoned.

It’s none of that at all.

It’s the way that you have misunderstood the whole argument put forward by Chris Bryant MP and the Labour party when they call for more diversity in the arts and have called for something to be done about the public school educated elite “dominating” culture. Because you must know that they are right. Unless you don’t notice stuff like that floating around about these elites.

It may have escaped your notice but when it seems like every musician now needs a wealthy background to survive and that nearly every mainstream comedian on the BBC went to Oxbridge it does make our entertainment industry a bit mono cultural. It might be naive of me but when I went to school I thought the people that went to Oxbridge were getting trained up to run the country and be bosses, politicians and wig wearing judges bearing grudges and the rest of us were being left to flounder in bingo bingo land but all the time it seems like they were in training to be ‘hilarious’ comedy duos like Mel and Sue who somehow ended up being blanket mainstream TV because it’s run by their college mates.

Meanwhile at Harrow, instead of wearing long talk coats and speaking with plums in their mouths it seems like it was just another stage school to turn out mediocre balladeers of which you were one I believe.

And that’s ok- pop music is for everyone but it should not just be for the new breed of posh pop poppets. Chris Bryant has obviously touched a nerve James as you got your quill out and sent this mouthpiece of the lower orders a missive calling the MP a narrow-minded “classist gimp” who was motivated by the “politics of jealousy”.

It’s an easy argument and one that the better educated should not fall into- on further investigation you would have found out that so much pop culture these days tends to not come from the streets but from the top end of society- that dastardly one per cent that not only own all the money but now want to own all the culture as well. Fair enough everyone should be allowed to have a good old sing song but when most of the greatest pop culture in history in the UK came from the other side of those tracks now seems to have dried up or has been banished to the wilderness we have a real problem on our hands. Maybe it’s because those musicians either can’t afford it or don’t get a look in from a music business dominated by people who think that these ‘wrong ‘uns’ are oiks and should be ignored then we have a real problem.

And he is right.

His was never a call for a cull of plummy voiced tank majors and their whining ballads or bed wetting supergroups from towns with strange names. It was a call for a level playing field. A call for all the young voices to get a chance instead of being locked out of one of the few cultures that used to there’s and has now been taken over by gap year students and the tut tutting dinner party chattering classes and their good taste snickering.

You’re welcome to your zillions of record sales just don’t try and put a block on everyone else less fortunate trying to get a look in and somehow writing a letter that was more whining than your hit single.