Home Music An Open Letter to Garbage from photographer Pat Pope over whether the... 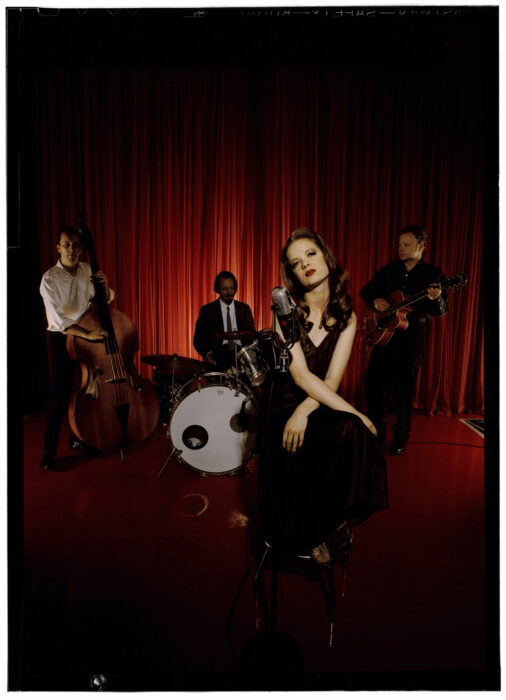 Louder Than War likes a debate (join the Louder Than War Facebook page for updates on all these issues and topics and debates) and the rights issue over photographs is a hot topic. Photographer Pat Pope has written An Open Letter to Garbage over this issue…

I don’t know if you will remember me, my name’s Pat Pope and across a few years in the nineties I worked for you as a photographer. That’s one of my photos of you accompanying this letter. I worked pretty hard on that photo – actually, throughout my time as a photographer I hope I’ve always worked hard to make all the artists I’ve had the opportunity to shoot look as good as they can.

Today I received an email from your management company Big Picture Music Co. It’s a very nice email, and in it they announce that you’re working on a book about the band which you plan to self-release next year. The email says that you really like some of the photos I took of you and would like to use them in your book. It also says that in return for the use of my photos you will give me a “proper credit” but that given it is planned to be a self release the budget is “financially limited”, by which your management company mean “we’re not going to pay you”. So I wanted to ask you a couple of questions, and I wanted to do it publicly because I think it’s important that people know what your answer is. I don’t expect as many people will see this Open Letter as Shirley’s recent message to Kanye West, but I think it’s important we know where you, as artists, stand.

Q1: I’m a firm believer that musicians and artists deserve to be paid for their work. I’ll sign any petition that’s out there supporting that concept, and even when I choose to stream rather than buy, I’m one of the fans of your band that will pay for a premium service because I think you should be paid. That’s my point of view. Is it yours? When you think about artists being paid, does that include photographers? Do you think “content providers”, whatever the hell that means, deserve to be paid for their work, or is that a special category for musicians? If I want to release a music album, can I use your music in it if I give you a “proper credit”?

Q2: If you’re putting together a book, presumably someone at your management company or somebody in the band has written a budget. And if there’s a budget, somewhere in that budget, against the line for “use of photos” somebody has written “no need to pay, we’ll just give them a proper credit and get them for free”. Against all the other lines, for writing, for printing, for distribution, for retailing, for marketing, for the management company, for the band, for Uncle Tom Cobbley and all, somebody, somewhere, working for you, has written a number down because that’s what it costs. But that same person has written zero for photos, because that content, in their opinion, they can get for free. Who is that person? As a band are you happy to be employing someone who thinks like that? Because it seems to me that the person who writes down “zero for photos” today is the same person who will write down “zero for music” tomorrow because they don’t respect the “content providers”.

By writing this open letter, I’m obviously committing professional suicide when it comes to ever working with you again, and probably it won’t do my reputation any good within the music industry to be seen as troublemaker. Obviously that worries me, but it worries me more that musicians and others are saying one thing publicly about the needs for artists to be paid for their work whilst privately people working for them are doing exactly the opposite. I’m not accusing you personally of being hypocrites, I don’t know how involved you are in this process, but I’m letting you know it’s happening and it’s happening in your name.

Thanks, and still a fan of the band

PS: Just so you know, this is actually an improvement on the management of your “Absolute Garbage” album where the record company just used my work without even asking. I only found this out when I went into a shop and bought a copy, which, when you think about it, has a certain irony.