Home Blogs an open letter to a tea towel 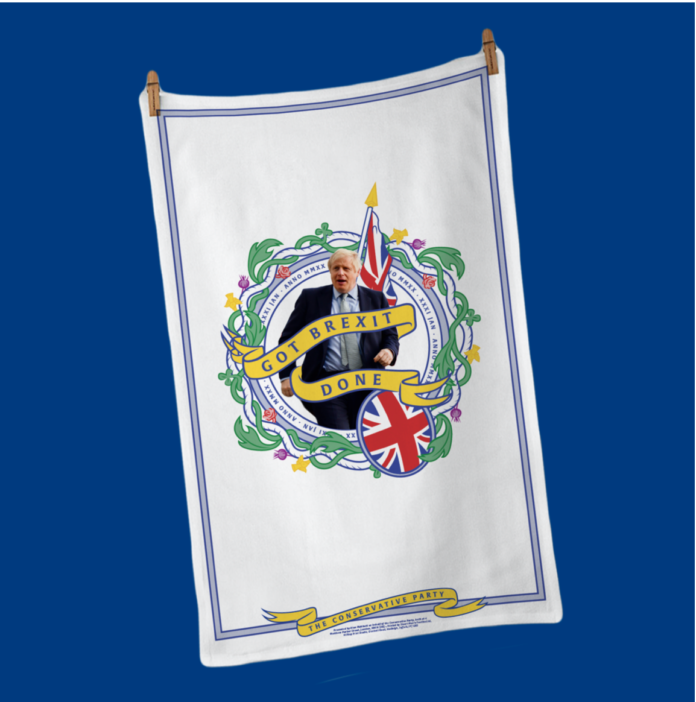 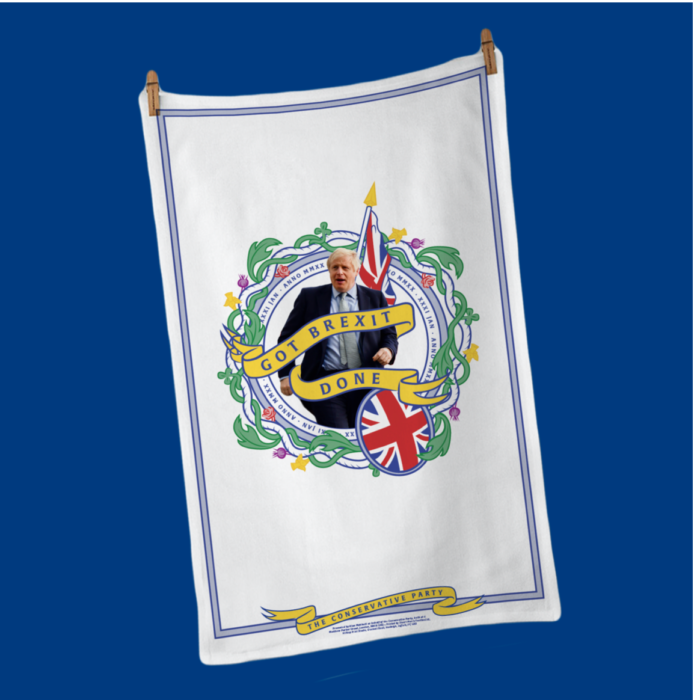 Over the years we have written many open letters but never one to a much unloved, grubby, inanimate old towel or saggy blonde object unless you count the one we once wrote to Donald Trump.

So don’t take this too personally, oh tea towel, but you would have thought that the Tory party with its millions of pounds PR machine and its access to the top designers of old London town could have come up with a far better design than this.

Whatever your views on Brexit and we know half the country are waiting with baited breath to get their blue passports back (my old passport was black curiously – can I get my money back for having the wrong colour?) and also their country back from them evil Euro folk and take orders from the American and the Chinese (Huweii the lads!!) instead…whilst the half of the country will mope till their graves or until the under 25’s take control and change everything back again. Yes, whatever your views this tea towel cannot be what you were dreaming of or dreading! it’s like a damp squib!

So dear tea towel we can only see a future when you be brought out on documentaries as a curious artefact and a prime example of tacky Blighty. This great schizophrenic country of great pop culture, great pop art, stunning buildings, Shakespeare and great dandy style –   a country I love and yet a country that makes the worst tat in the world.

And this tat commits the cardinal sin not because it’s tacky – but but because its dull and rubbish. Sorry old tea towel but you will be the prime example of this curious side of our national psyche. It’s not for what you are trying to say (that’s another can of wriglling worms) it’s what you look like.

There you are in all your tea towel glory but with a badly taken photo of a rotund middle aged man looking a bit drunk after a night out. He looks like he is on a self entitled rampage, maybe he is going to set fire to a fifty quid note in front of a homeless person like back in his student days? He has a dangerous leer in his eyes and a waist contracted and constructed out of endless free meals. He also a hair cut that can’t make its mind up – a but like his own views on Brexit. This stageering figure is running through a sea of Union Jacks – the flag you never really see any more – maybe to remind the troublesome Celts who their true lords and masters are? I haven’t seen a Union Jack for ages and still can’t see which bit is the Welsh bit in the flag! maybe it neeeds tweaking but not by the person who designed this tea towel! The edges of the design look like they were drawn in by the designer’s distracted kid with a half chewed crayon and there is some photoshopped heraldry shoved in the corners.

I hope our own future is not destined be like that last paragraph? a botch job designed by botches?

Surely our wonderful nation could have designed something better than this! I hope the glorious future we are having predicted to us us by the likes of Johnson who is always the optimist will look better than this half assed tea towel which will be thrown away unloved in a distant corner a bit like what Trump and his belching, man spreading mates will come and do to us when its time for the trade deal!