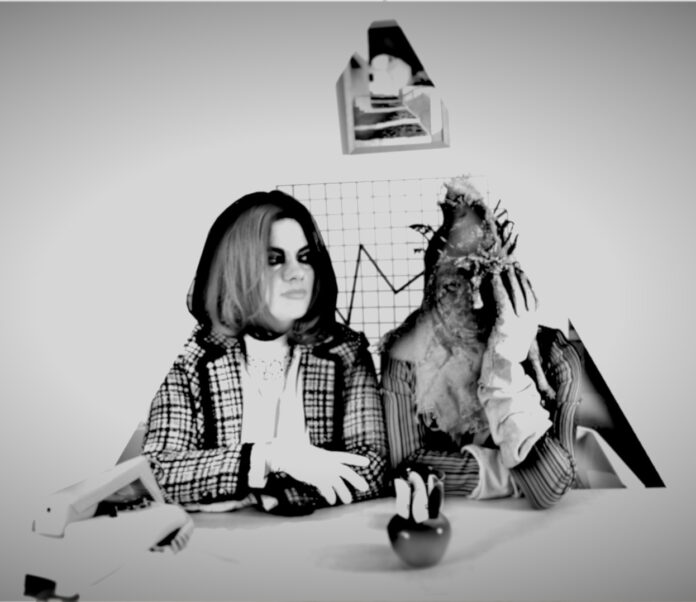 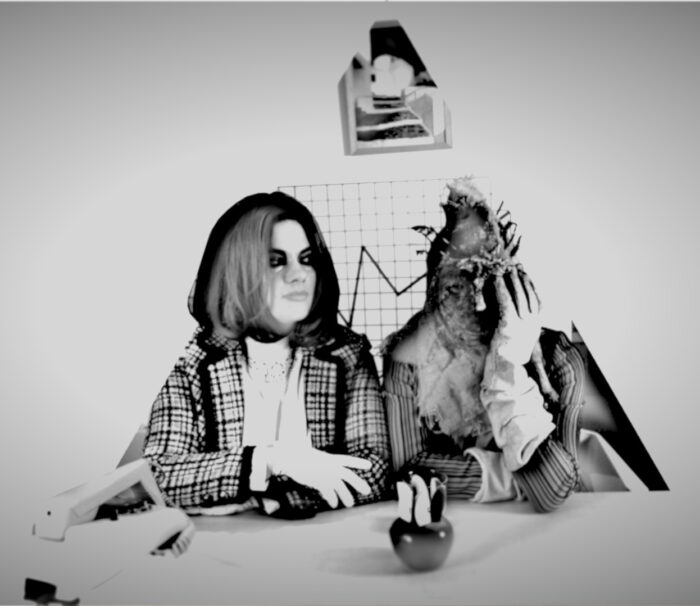 Anglo-Swede duo, Superhand have already released one of the year’s best albums with American Teeth. Described as ‘a perfect blend of light and shade with ethereal vocals and twisted electronica making it an absorbing, uplifting, unsettling, and transcendent experience that lingers long in the mind’.

Our man Paul Scott-Bates gave the album a mighty 9/10 (see here) after being completely blown away. Naturally when the chance came to throw vocalist Inga Carlstrom a few questions he took it with both hands.

Louder Than War: Things must be a bit of whirlwind at the moment with everyone currently rightly raving about the album?
Inga Carlstrom: Yes. We’ve had an awesome response and it’s all go from live sound development, more videos, another single coming in Autumn, and then a small tour in Europe! We have been invited to RadioKC in Paris, but we still need to get the music to more people, and try to find some more support from a bigger indie.

You seem to have made a video for every track on the album, is this part of the Superhand creativity?
Ha! Not every track yet, but more coming! Yes, very much so. Mike Mason (4AD/Swallow) that’s just one of the many things he used to do. He made videos for many people – Spiritualized, Slowdive, Spaceman 3, Boo Radleys – loads
The visual side of things is very important to us. We are artists, and we need the visual to be strong, as it makes a big impression for listeners. We watch a lot of experimental film and we love making videos. Did you see Bjorks new one? Amazing! We also can get characters across more in visuals. We like artists like Cindy Sherman. 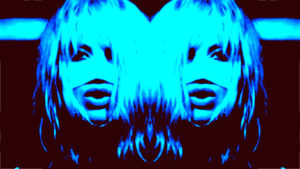 And, there seems to be an element of shock tactic or provocation in some of them?
Yes, we want people to watch, listen and enjoy. Art should provoke something either good or bad, it does not matter, just anything but ineffectual. I would rather someone hated a video than felt nothing at all.

How did you manage to get the likes of Jason Cooper from The Cure and Cameron Craig to work with a virtually unknown act?
Well it’s all about the connects. Mike Mason has worked with Cameron Craig for many years. So we needed a drummer and Cameron asked Jason.

American Teeth – what’s in a name?
Well….. Can you guess? It has 2 meanings – one vain and one political.

When I reviewed American Teeth recently, I mentioned that you could have made three or four tracks out of Bass And Guns such was the diversity of the track. Did it ever cross your mind that you could have done this, or was the idea to make the gargantuan piece that it is?
Ah…. we were enjoying it so much we thought fuck it let’s just leave it. We are Indie so we don’t want to fit into commercial boxes etc but the downside is mixing and the video et al all take 10 minutes too! In the end we did a single version to be more radio friendly and video editing friendly.

Who would you say are the biggest influences behind Superhand?
We like the German new wave – Can, Faust, Neu, etc.. Captain Beefheart, Negativland, Cultureside, Also artists like Bjork, Radiohead, Led Zeppelin, The Dead Weather, QOTSA, and Nina Simone. We play a lot of old Blues, Lead Belly, Howling Wolf, Hooker.

And who do you see as your musical influences elsewhere?
I am also very much influenced by classical music. I’m interested in movement and structures of music and exploring that. We love to watch Bergman, great writers of words inspire me. The human condition. This crazy world. Political Climate. The stupidity. The laws of nature that bind and blind. The evolution of man. This place earth and our finite, unnatural/natural existence.

I’m coming for tea, what are you cooking?
Leck is an amazing Chef – what would you like?
We have a studio garden with chickens but we are only eating their eggs. We try and eat from the garden so lots of leaves at the moment, we keep looking at the snails and are wondering how to farm and eat them like in France. We are also thinking of Aquaponics – fish in tanks with plants growing on top. We have our own water here from the mountain so we can be self-sufficient. Superhand’s Monastery of Sound restaurant coming soon! 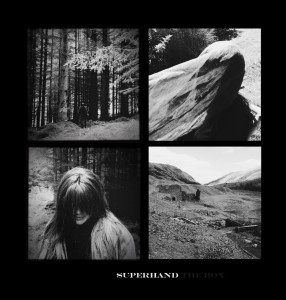 How does your music translate into a live show?
Well, that’s a great question and something we have been working on for a while – at the moment we only have 3 people for live, but we are looking for more. We have lots of machines! So live, we are completely electronic, it’s just like that for now but when the world loves us more we would like more people to play more things like live drums and bass. We try very hard to still get depth of sound and have reworked the tracks with electronic programmed drums, we use effects and looping etc. We also like to experiment live and you never know a new jam could be heard at any time!

You mention on your website that the only reason for us to be on this planet is to reproduce. Discuss.
Ah…. yes, it’s a question…. it’s what do you think….? Is that the reason? I’m not sure if there’s a reason, but I like to provoke thoughts and love a good conversation.

Analog or digital? Vinyl or mp3?
Always analog, vinyl, we have rooms of it, mp3’s just suck, they are not even yours. They are just licences, artists don’t get much money from mp3s these days, and it has all become very disposable, worthless and corporate.

Does movie also influence your work either musically, or through video?
Yes – I’d say definitely. We always look to the work of those we love and respect inspiration wise. I’m also in my head thinking about how to illustrate my thoughts and emotions visually, it’s hard and I love to see it done well. I just watched Bjork’s new video Black Lake and she did this very well – illustrated her devastation, and heartbreak directly.

What would Eurovision think of Superhand?
Eurovision?? But it might be – WTF! I don’t get Eurovision- do you?

When producer Mike Mason came across you in a Swedish bar, he insisted your live performance was the best he had seen in years. Do you consider yourself as much a live proposition as a recorded one?
Yes we love live. But it’s not perfect yet, we are work in progress. We are very ambitious as you can hear by the record. We would love to have a big big live show but now we work on the 3 people getting biggest and best live sound/performance we can, electronics is not an easy as you may think. I used to do a lot of traditional work with guitar and piano and bands etc. that’s a different art, than electronic music. Our ideas are to mix these traditional musics with the new electronics and technology. 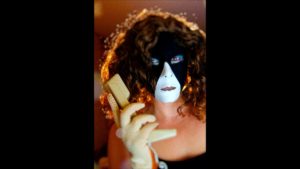 What drew you to Wales to record?
The hills. Mid Wales is awesome, love love love it. The peacefulness and we can make a lot of loud noise! (laughs) You should come and see the studio, we have big plans here too. We thought Wales is a great base for Europe – more relaxed than Oxford or London, more space. In the South it’s harder, lots of people struggling, and losing their ways with our societies.

After one of the year’s finest albums, what does the future hold for Superhand?
Ah – thanks!! We have to make another one! Even better, probably darker. We also want to do little tour in October time and hope to go around Europe a bit, reach more people and get some recognition for all the amazing people behind this work. We would like people to get in touch, and connect with listeners and find a record label to work with.