Home News An Evening with Debbie Harry and Chris Stein from Blondie – In... 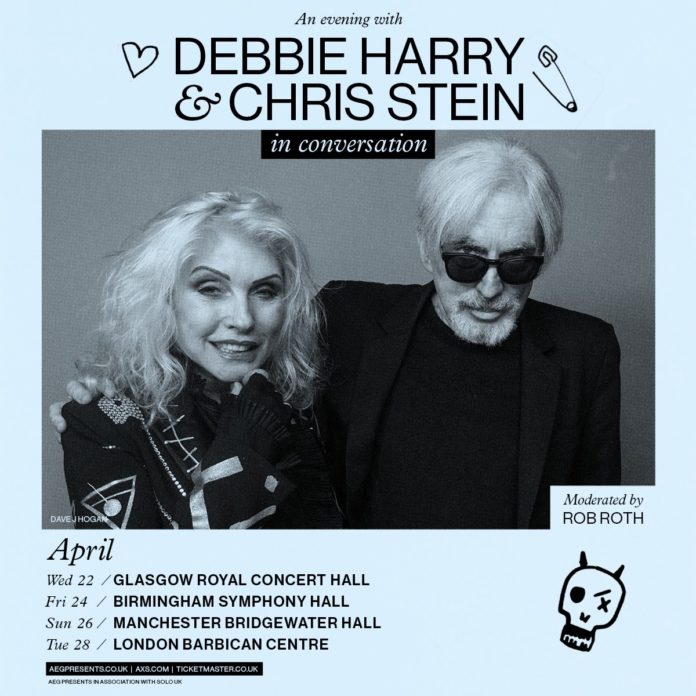 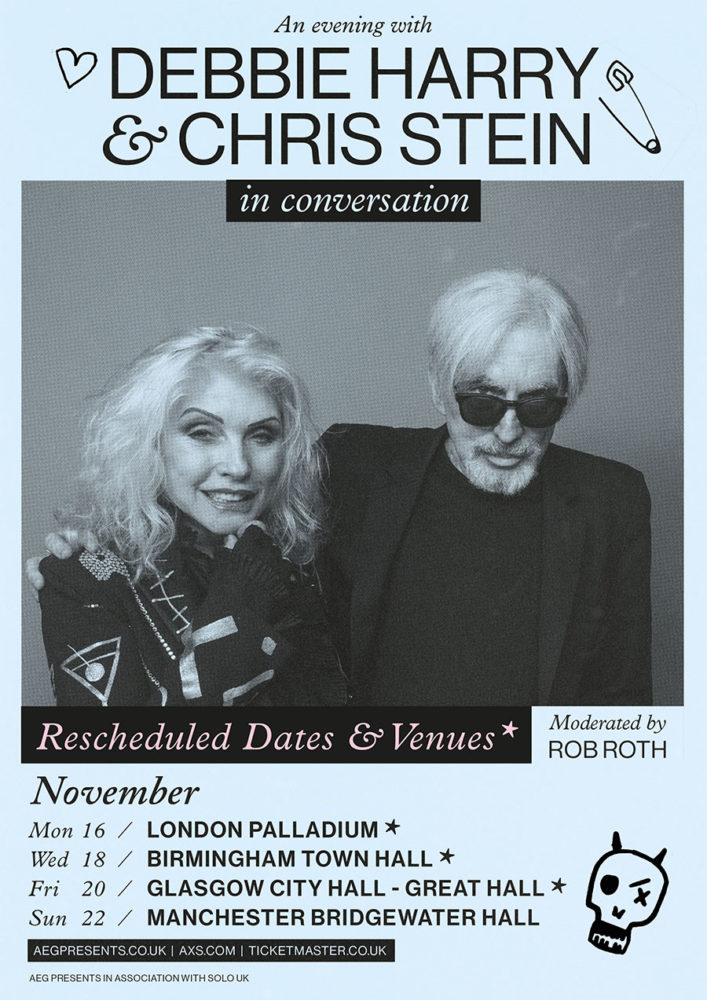 On sale Thursday 9 April, 10am.
Tickets will remain valid where possible, please contact your point of purchase.

Blondie arrived on the New York music scene in the mid 70’s, becoming an essential part of the early punk scene, culminating in becoming household names, selling out venues across the USA and the UK. Frontwoman Debbie Harry is one of the most iconic singers in the history of music, they, of course, are now a legendary band, still touring, releasing new music and going strong.

We are delighted that they will both be in the UK in April to engage in ‘An Evening with Debbie and Chris’ at four special shows, kicking off in Glasgow. They will be in conversation with Rob Roth, who has been a long time Blondie collaborator, discussing a variety of subjects, and each night will be unique.

“Each presentation has its own surprises with new stories,” says Rob Roth, “plus special guests and previously unseen visuals.”

The conversations are illuminated with seminal images of the band and New York City from Debbie’s autobiography and Chris Stein’s two books, as well as film clips, fan art, book readings and audience Q&As.

They will be chatting over their career including the groundbreaking music, adventures in 1970s New York, work and play with artists from The Ramones to H.R. Giger, David Cronenberg, plus touring, acting, photography and beyond.

Debbie Harry’s best selling autobiography, ‘Face It’ was released at the end of last year to a deluge of praise, crowned “the ultimate rock n roll memoir,” by The Sunday Times. While photographer Chris Stein draws on his two highly acclaimed photo works – ‘Negative’ and ‘Point of View’. The latter was described as “stunning” by Rolling Stone and “fascinating” by the New York Times.

These spark unexpected memories, even for Debbie and Chris. And guests from their past often join to explore their own history with two of the most fascinating and unique artists of the last half century.

“I’ve always loved the way Chris tells stories,” says Debbie, “I think you will too.”

These are one-off special events, not to be missed.