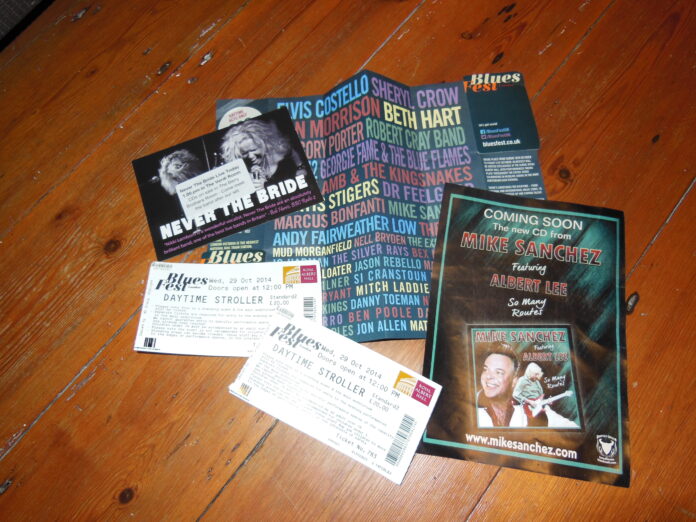 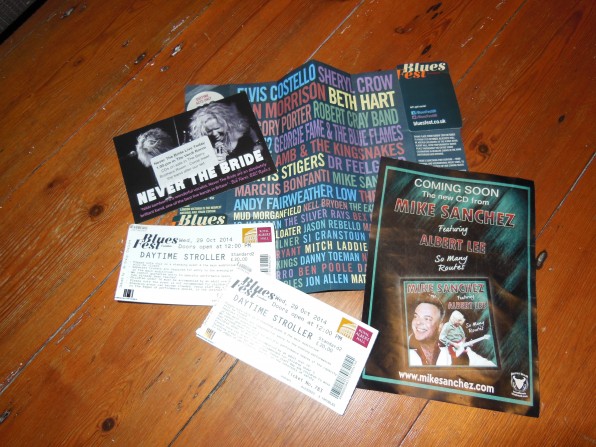 Afternoon session at this year’s Bluesfest proves that the heart of that festival maybe there rather than its main evening events. Louder Than War’s Craig Chaligne reviews.

After starting as a series of gigs organised over a week in various venues in 2011, Bluesfest since last year has become a fully fledged festival taking place over a week at The Royal Albert Hall. The days are divided into two parts : the daytime stroller sessions where multiple band play in different areas of the building and the evening headline gigs that take place in the arena. As with most of the gigs at this venue, the cost of tickets for the evening shows are rather prohibitive and there is some dubious crossover choices in the schedule (Sheryl Crow ????) but the Daytime Stroller Tickets enable you to see 3 bands for just over 20 pounds which is quite a bargain. 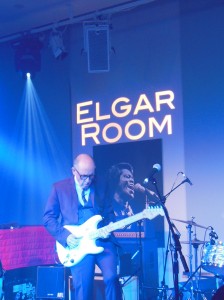 Most of the artists on the afternoon bills were playing for several days in a row but the only day I could see everyone I wanted to see was on Wednesday . The first gig of the afternoon was Andy Fairweather Low and The Low Riders in the Elgar Room right at the top of the Hall. After years of playing for some of the most famous musicians on this planet (Eric Clapton, Roger Waters, George Harrison), he put out his first solo album in 26 years in 2006. Since then he has been touring the UK regularly with a show that features highlights from his 47 year career . The one hour performance at Bluesfest opened with the instrumental Tequila which was followed by Hard Hat Boogie from 1980’s Mega Shebang album. The versatility of his band is phenomenal, playing everything from Shadow’s instrumentals to Ottilie Patterson covers. The one-hour flew by with Fairwether-Low trying to cram as many song as possible, his roadie was having difficulties keeping up with the guitar changes !!!

When the gig finished we came down a couple of levels to see Mike Sanchez playing solo in the Verdi Restaurant. He was the only performer playing all 5 afternoons of the week with a fix slot between 2.20 and 3.20 pm everyday. I had seen previously with his big band a couple of times at the 100 Club on Oxford Street but seeing him solo was slightly different, positioning himself as a kind of human jukebox, he kept telling the audience to shout out request (no doubt picking the ones he knew ;)). We were treated to a few Sanchez’s classics with his fantastic versions of Down The Road Apiece and Red Hot Mama interspersed with some classics : Blueberry Hill, Chantilly Lace. Unfortunately we had to leave before the end of his set to get a place in the queue to see Dr Feelgood in The Elgar Room. 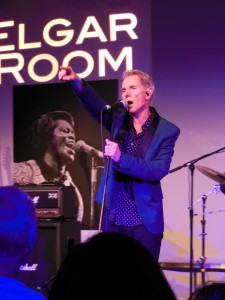 Dr Feelgood are probably one of the most hard working bands in the world, I think they must be clocking up at least 150 to 200 gigs per year. Although no members subsist of the original line-up subsist, all the musicians apart from Singer Robert Kane were in the latest incarnations of the band when Lee Brilleaux was still at its helm. The band is a well oiled machine and the set at Bluesfest  Concentrated on the highlights from the bands repertoire (Roxette, Down At The Doctors, Going Back Home, Milk And Alcohil, She Does It Right).  The band flexed its muscles on an extended version of Down By The Jetty Blues that enabled Robert Kane to take a short break on the side of the stage while Steve Walwyn was soloing. The rhythm section of Phil Mitchell and Kevin Morris was absolutely spot on and never missed a beat.

~
All artists can be found on their respective websites. Andy Fairweather Low, Mike Sanchez  and Dr Feelgood.