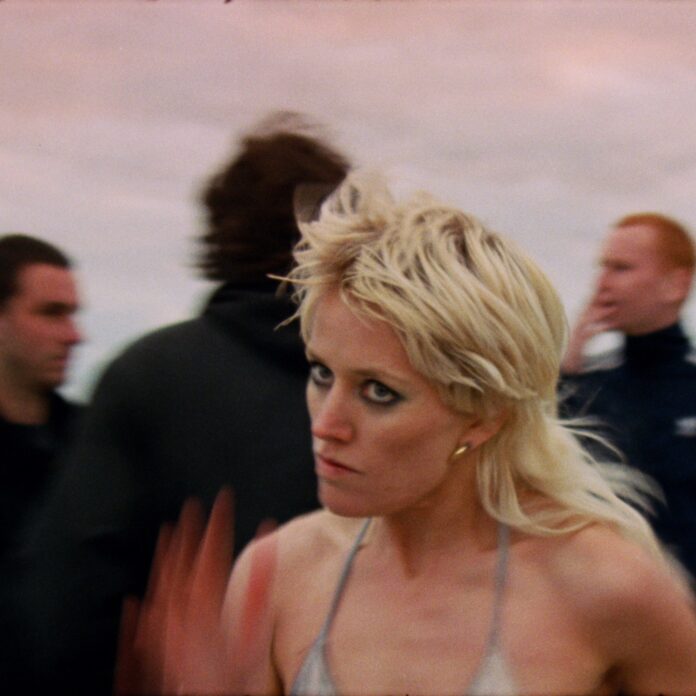 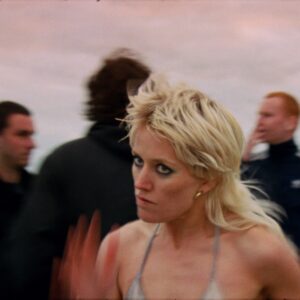 Amyl and the Sniffers: Guided by Angels

Melbourne’s finest are back at last with a cracking slice of power punk.

This is a big release from a big, big band. If you haven’t already cottoned on to Amyl and the Sniffers, where have you been? This band is likely to become Australia’s biggest export since AC/DC. Amyl and the Sniffers are already, in my opinion, the best female-fronted bands of all-time, from anywhere.

Think a 22-year old Gareth Bale, with maybe ten international caps to his name. If you couldn’t see, even in those early stages that he was already Wales’ best ever player, you needed your eyes tested.

In some ways, the 2020 lockdown could not have come at a worse time for a band like Amyl and the Sniffers. Other bands, such as Manchester’s Affleck’s Palace, must have felt similarly aggravated, being just on the cusp of greatness, and then not even being able to play live for over a year.

In this time, singer Amy Taylor has joined Cameo, wishing fans happy birthday and such like, presumably to supplement income, and who can blame her? Typically, even here, she does so with typical punk rock attitude. Footage over the last year has appeared to show the band mostly isolating together, and for this reason, I’ve actually been a bit disappointed that we haven’t heard more new material from them before now. Other bands might have used the excuse that they’ve been unable to meet up and rehearse together.

I guess maybe they’d been saving themselves up for the right time, cos, bam! Now, here we have it, brand new single, with album launch imminent, and now it seems it’s all at exactly the right time. it’s all happening for the right reasons. This release for me is one of the most exciting things that’s happened in the music biz for a long time.

Just one song in to second album and already it seems like the band could say or do just about anything they wanted and get away with it; that adoring fans would relish any kind of release. They could have brought out an alt-folk number and it would be lapped up. But no, of course, they’ve stuck to their punk roots.

Amy sings of angels guiding her, and that’s all well and good – maybe they are? She spits out lyrics with an integrity that is so rarely heard these days. She speaks of currency, and I must admit, I needed my brother to clarify as I thought she’d said c*nty. Possibly it’s intentionally similar. C**t is a word the band like to use a lot. Don’t Need A C**t (Like You To Love Me) is one of the twelve songs listed as one on their forthcoming album Comfort to Me (not available to listen to yet). I got sacked for calling my boss it once. Just the other night, I was talking to a guy from North Wales who says up there, if you say to someone “Alright c**t?” and he doesn’t reply “Alright c**t?”, you think he’s is one for not calling you one. It’s a weird word. I guess it all started with Pretty Vacant. Note, I personally think in terms of consistent quality throughout that Amyl and the Sniffers’ debut album is a better record than Never Mind the Bollocks.

The video accompanying Guided by Angels is an enjoyable fast-paced little feature film. Dec, Gus and Bryce seem quite happy to allow Amy to be the focus: she does of course provide most of the energy.

Of course, it’s still the live experience that counts the most. You might be lucky enough to catch A&TS headlining Blacken festival if you live in Australia. They have a couple of gigs in London, then next year they’ll be supporting Foo Fighters/Liam Gallagher as well as Green Day. Won’t be long before they’ll be headlining everywhere I would imagine. I’ve still got my paper ticket from their Cardiff gig in 2019 which I did offer up for the paltry sum of one bitcoin.

When Amy crowd-surfs, she seems to do so in the knowledge that no-one is going to let her drop. An Amyl and the Sniffers concert is filled with punks both young and old, willing this band on to succeed. They have come, representing to the max, and we can do nothing but salute them.

Guided by Angels is available on all streaming services now. The album, Comfort to Me is available to pre-order from Rough Trade Records