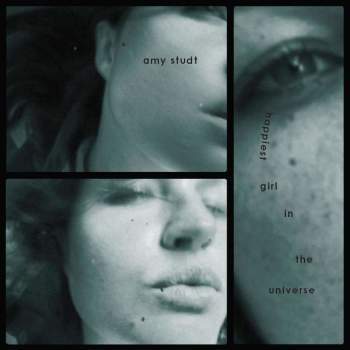 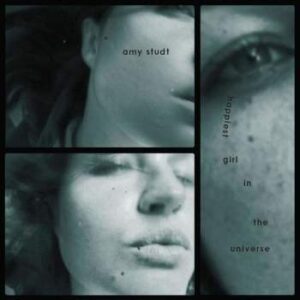 Happiest Girl In The Universe

The 11 songs on Happiest Girl In The Universe document a decade of turmoil in which a girl who had conquered the pop world in her mid-teens, when she scored a string of hit singles and a gold album, fell into the abyss… and climbed slowly out again to find happiness.

Amy was only 14 when she was signed to Spice Girls guru Simon Fuller’s 19 Management and had hits including Misfit, Just A Little Girl and All I Wanna Do. By the age of 18, struggling with the pressures of fame when she should have been finishing school and looking for a job like her friends, she sank into a spiral of depression. It’s taken more than ten years and a painful process of recovery to come out of it.

“This album has two main narratives,” she says. “One is of mental health: losing yourself, your sanity, and navigating your way out. The other is of love: the transition between the two great loves of my life and moving on from one into the future with another.”
If that sounds a bit heavy for a pop record… well yes, it’s far from frivolous.

Raw and honest, Amy’s lyrics are soul-searching confessionals in which she bares her soul, set to disarmingly pretty music, recorded live in the studio – glitches, outdoor noises and all – to capture the emotional intensity of the moment. To say it’s an intense immersive experience is to undersell it. These songs, drawn from life, are so intimate, painful and personal that at times it feels almost intrusive just to be listening. But it’s a journey with a beginning, a middle and an end – and (spoiler alert!) there’s a happy ending… Hence the title.

With its widescreen cinematic scope, it’s no surprise to learn that Amy cites movie soundtracks as a major influence, as well as artists such as Scott Walker, Mazzy Star, Nancy Sinatra and The Shangri-Las. The album is produced by Toby Kidd (Hatcham Social), and features a tight-knit trio of Amy on guitar, violin and an array of keyboards (piano, organ, harpsichord, kalimba, Wurlitzer,), Toby on guitars and bass, and his brother Finnigan Kidd (The Klaxons, The Chavs, Hatcham Social) on drums and percussion.

Amy’s voice swoops and soars from a fragile, childlike whisper (Overdose, Let The Music Play) to a full-blooded scream of defiance (Violently With Love, Sleepwalker), often layered with her own multitracked backing vocals, and sometimes with Toby’s, woven through layers of melody that increasingly reveal themselves with repeated listening.

Songs break down, distort and disintegrate, stutter and change direction, turning unexpected corners to reveal moments of the purest beauty, often in a song’s mantra-like closing coda (One Is The Only Number, This Time, Let The Music Play), their serpentine route reflecting the neural paths of their creator’s psyche.

“When I first started having a breakdown in 2009 I went through a phase of putting my feelings into messages and poems that I would write on pieces of paper and wrap with ribbon before sticking them in the gaps between train seats for strangers to find,” Amy reveals. “I was just sending my thoughts out into the ether: the things I was too afraid to tell anyone, the things I never got the chance to say.” A decade later, she has found an even better way to express those thoughts and feelings, by channelling them into song. 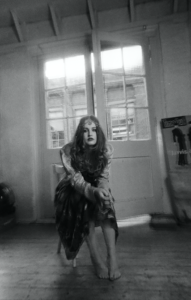 Happiest Girl In The World is an album that needs to be heard in the old-fashioned way – from start to finish, in a single session – because it’s an experience that takes the listener on a journey. First it plunges us into Amy’s personal torment as she fights her demons. “Can’t seem to shake away this frown,” she sings in the opening Jesus In Your Veins, telling herself (and us): “You’ve lost your mind, it hasn’t gone far / Gonna play piano, play guitar.”

Sleepwalker sets the madness in her head against madness on the streets of London (it was written during the 2011 riots), her own oscillation between mania and panic attacks matched by the goings-on outside the window and on TV (“Violence in the city tonight”).
The haunting Overdose (video below) uses rattling percussion to echo the sound of pills in a bottle, Amy’s fragile vocal confessing how close she came to death in the bleakest of lyrics: “I feel the life in me slip out the back door.”

There’s no relief on the slow, ominous The Water, with its semi-spoken dialogue and a middle section that disintegrates into a maelstrom of distorted guitars and percussion: the sound of a breakdown in musical form. One Is The Only Number offers whispered words of regret about being left “broken in burning paradise”, its tranquilised beat and eerie effects almost bringing it to a standstill, while the haunting, hymnal This Time was written with Amy at her lowest ebb in a remote part of Wales, pleading in the purest of voices (with an eerie overtone of Sinead O’Connor): “I need forgiveness” while another, more assertive voice counters with the comforting assurance: “We won’t give up this time.”

Catharsis comes into view in the Different Coloured Pills, with its Phil Spector beat and optimistic lyrics reflecting the relief (“Down the hatch, down in one, Abracadabra, now life is fun”) and the hopeful promise that everything will be all right from now on: “I’ll be your good-time girl”. Violently With Love looks back on a turbulent journey (“Had to fight to stay alive”) over a spare melody that suddenly, shockingly turns violent with a powerful declaration of defiance (“You will not stop me, you will not crush me”).

Finally, Amy emerges from the void as a new person in the gentle piano ballad Happiest Girl In The World, a tribute to the healing power of love (and chemicals), written after Amy found her life partner. It’s a song of resilience and optimism: “I don’t wanna die before I learn to live my life like I could not”.

Records really don’t get more personal than this.