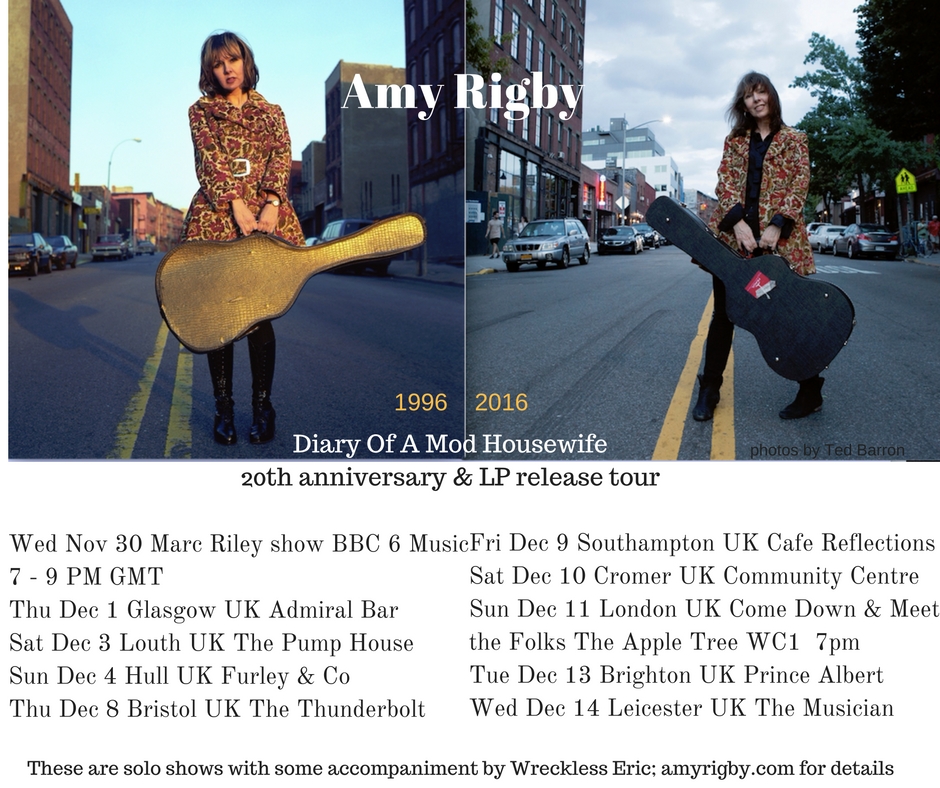 When people have asked me who Amy Rigby is I’ve said;  ‘She’s kinda like an American version of Kirsty MacColl, but actually doesn’t sound like her at all’.  What I mean is that she is just a cool, head-in-the-clouds, yet down-to-earth, singer songwriter who relies on her craftswomanship rather than any image-consultant or frippery.  This is from Amy Rigbys biography on her website. It says it all better than I can so no point in paraphrasing;

I’ve been a mod housewife since 1993, when I decided I was not going to get down on my hands and knees and scrub the bathroom floor unless I could get up onstage and sing about it. I didn’t want to fight about sex and laundry with my husband unless I could turn it into a song. Somehow going to work at a crappy job made more sense if I could look at it as…research. Oh, I’d played music for years, but that was with friends, for fun. This is different. this is about sanity.

When she was she was thirty-seven, the age most people think it’s about time to grow up and settle down, Amy Rigby did the opposite and released her first solo record Diary Of A Mod Housewife. Diary was a concept album inspired by years of juggling artistic dreams, day jobs, relationships with the added challenge of motherhood. It was an early midlife battle cry complete with manifesto that ended “not…ready…to give in…yet.”

Twenty years on, and Amy, now happily married to (former curmudgeon and New Wave Legend) Wreckless Eric, is touring and re-releasing the album.

Catch her at the following venues and look out for her roadie. You might recognize him.

** support on the Southampton date are the very special Lucas & King.  here is a taster…