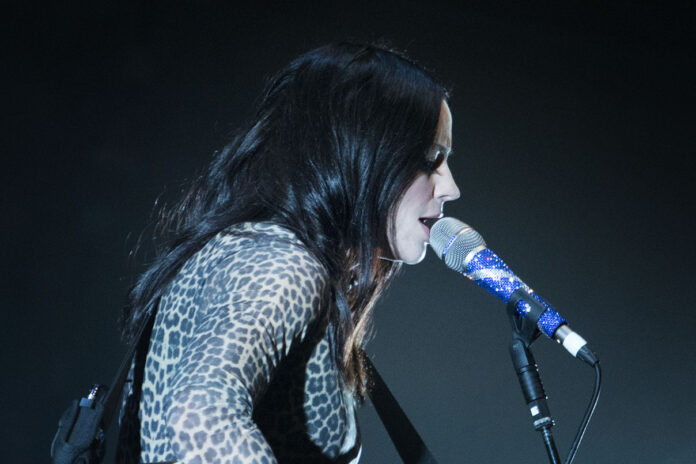 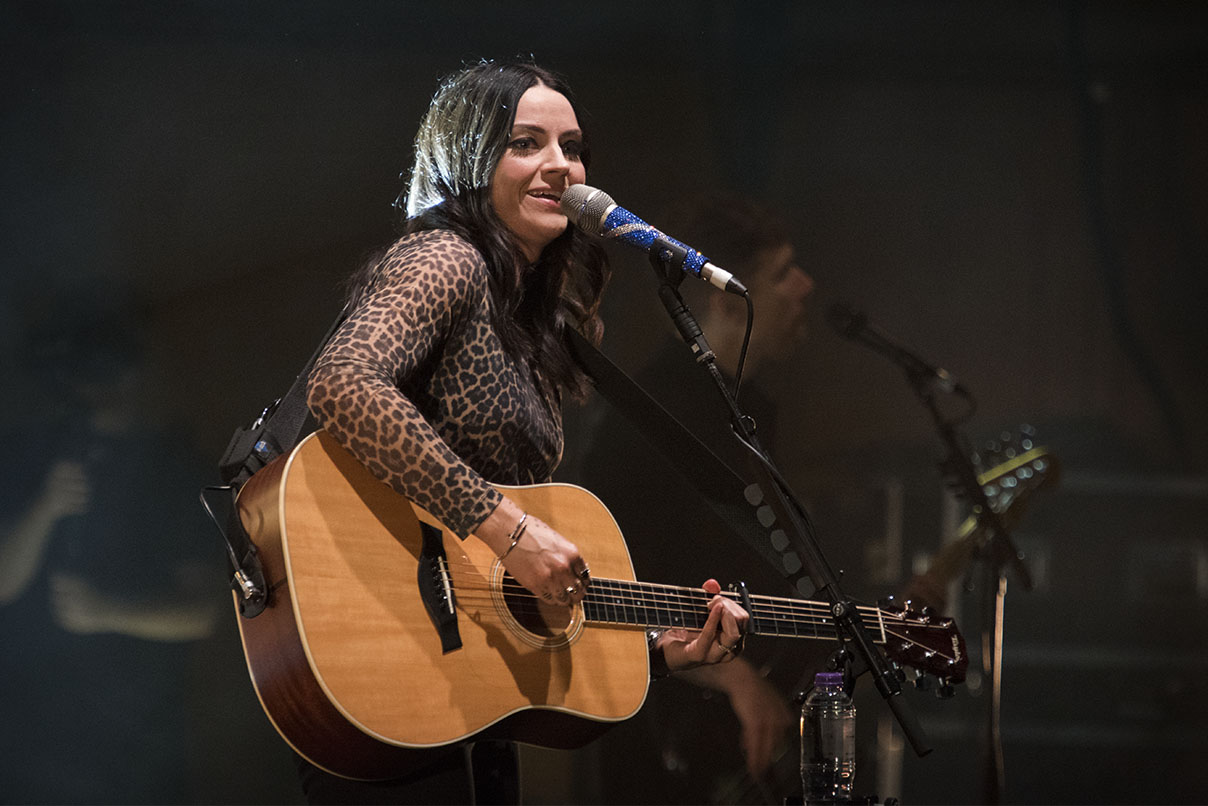 Amy Macdonald left the audience mesmerised at The Bridgewater Hall with an emotive and dynamic performance. Her effervescent attitude cultivated a positive and inviting atmosphere, which was further heightened by the breathtaking lighting and visual effects.

Walking into The Bridgewater Hall for the first time was like being transported into another world. What a venue, a venue which I quickly came to realise was the perfect venue for Amy Macdonald’s performance. The staff were very friendly as were the crowd, especially the two very jolly and very giddy men we were seated next to. Their enthusiasm for Amy and her band was nothing short of inspiring. The level of enthusiasm from audience members throughout the evening is a real testament to the effect that Amy has had on her fans over the years.

There is nothing quite like feeling that buzz of a crowd before the lights come on. They suddenly switched from golden and warm to clear bright white. Behind the band was a screen showing beautiful and awe-inspiring videos of Scotland’s scenery and nature. This imagery complimented the music and created the perfect atmosphere for the show. A beam of white light created silhouettes as Amy walked on to the sound of erupting applause.

The first song played was We Could Be So Much More and immediately I felt goosebumps. Every element of the stage set-up from the music, the sound quality to the visuals worked harmoniously, which made for a truly immersive experience. 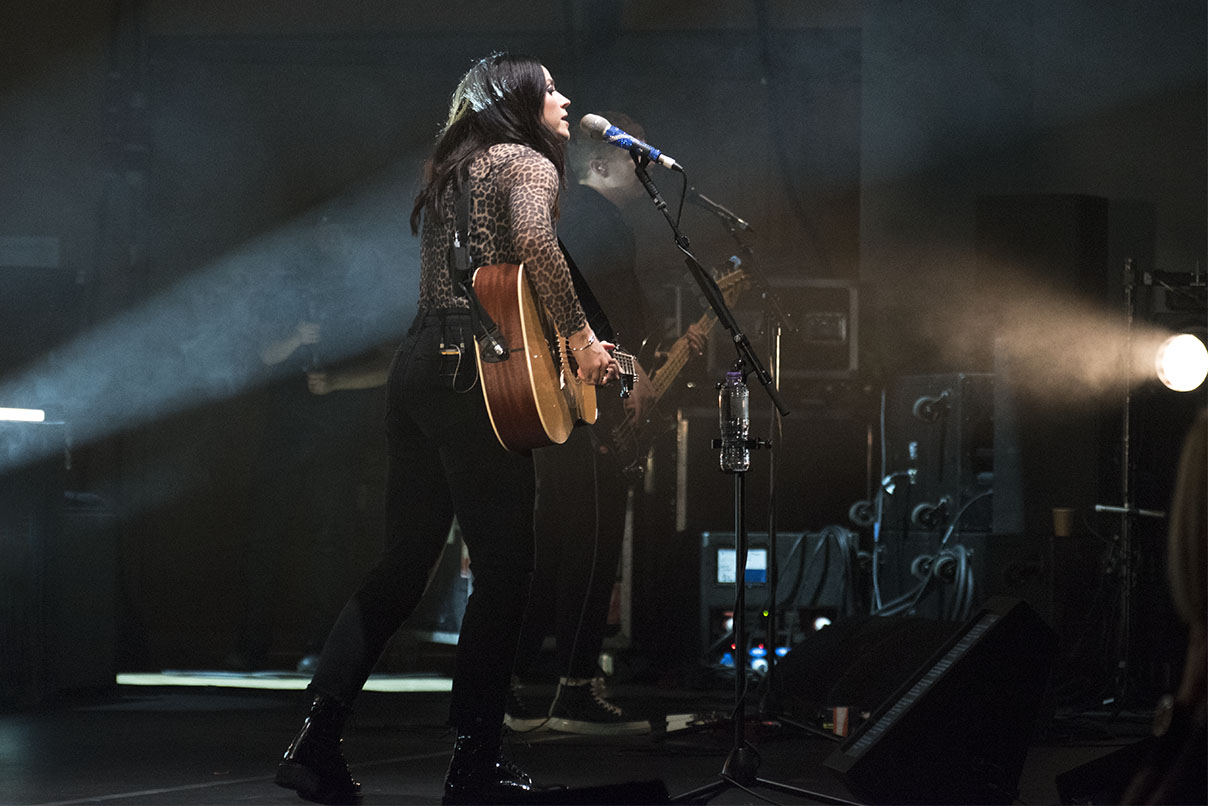 Amy’s unique tone and maintenance of her Scottish accent allow her vocals to stand out amongst the rest. Her dynamics and easy register switching add to her rarity and individual vocal style. The band also proved themselves top-level musicians, boasting quality by holding the ability to switch instruments when needed. The band as a whole are a tight unit with great chemistry, who together create a full and textured sound. From electronic elements such as the keyboard/synth sounds to mandolin, acoustic guitar to sample pad work from the drummer, the music is a wash of alluring harmonic composition.

The audience jumped to their feet for Mr Rock n Roll, followed by Dream On, one of my favourite Amy tracks from her fourth studio album Under Stars. I admit I may have had a little bit too much fun during this one and proceeded to spill a pint into my wine. Not my best moment.

Amy’s vocals are nothing short of hauntingly good, even more so for Don’t Tell Me That It’s Over. It was difficult to take your eyes off her. Amy portrayed raw emotion that cuts through like a knife accompanied by expressive movements, manifested by genuine passion. Amy’s down-to-earth personality, which is hard to come by of artists of her popularity, made the evening that much more enjoyable.  Amy wasn’t scared to address those in the audience and even went as far as to take a selfie on one of the audience members phones. Legend. 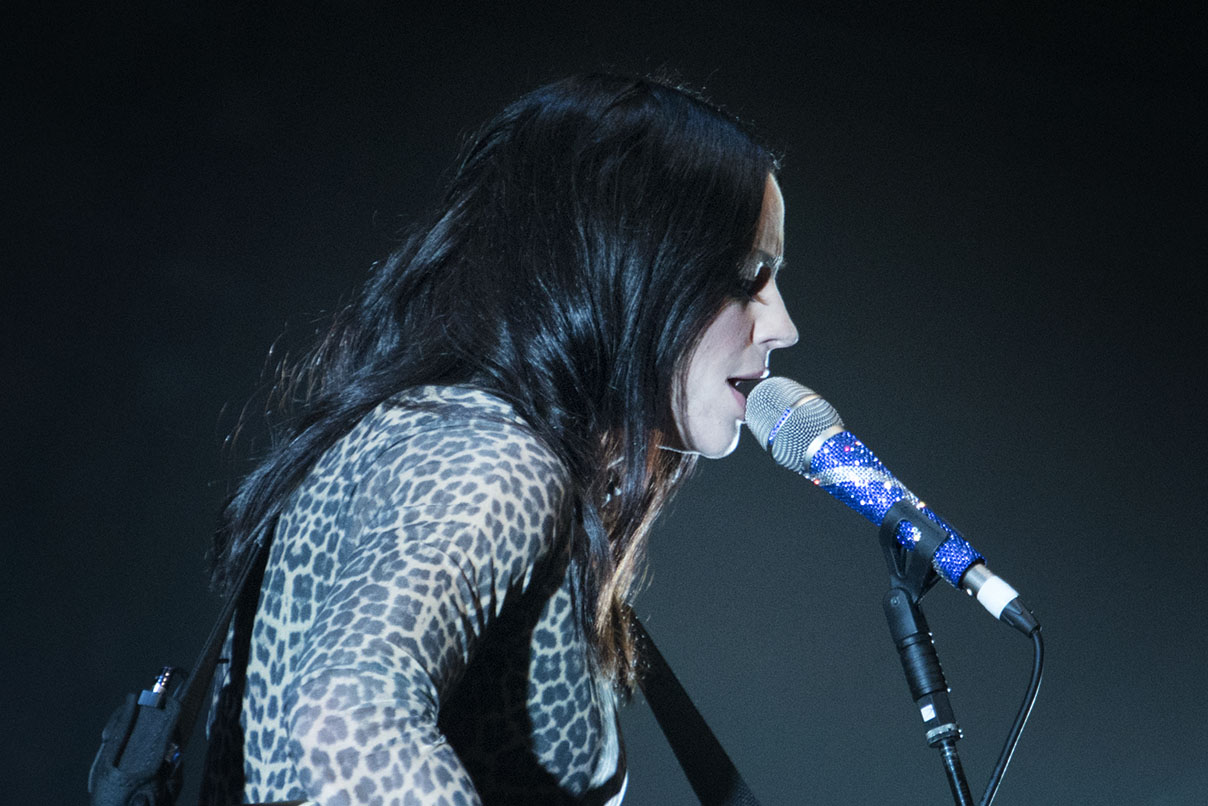 It was clear Amy was unafraid to communicate to the audience throughout and seemed at home whilst doing so. During the song, Slow It Down, Amy encouraged the audience to sing too, with 2000 voices all repeating Down Down Down. There were many moments of the evening that stood out for me, the above being one of them.

My favourite performances were in the acoustic section after Slow It Down. The band proceeded to switch instruments and brought a harmonium onto the stage. The long drone notes created by this instrument added dramatic effect to this alluring and calm section. Both performances of 4th July and Feed My Fire were stunning in this arrangement. After 15 years of gigging, it’s great to see artists still play around with the arrangements of songs and Run was also one of them to receive such treatment. This section had a much more traditional folk feel and allowed each band member to stand out individually.

Many artists will tell you that writing material and releasing in lockdown would be a challenge, but it’s not something Amy was afraid of. The Human Demands, her latest studio album is about life and all of its ups and downs. It’s a story about giving yourself credit for your achievements and understanding your limitations. Much like Amy’s general demeanour, it’s a relatable and down-to-earth record that many of us can find comfort in. One track off the new album that stood out was Statues, an upbeat track following Amy’s signature style. Amy is a storyteller and has the ability to transport you to different times and places in a few lines. Statues did just that, reminding me of home and the childlike joys of being there, sending me into a reminiscent state. 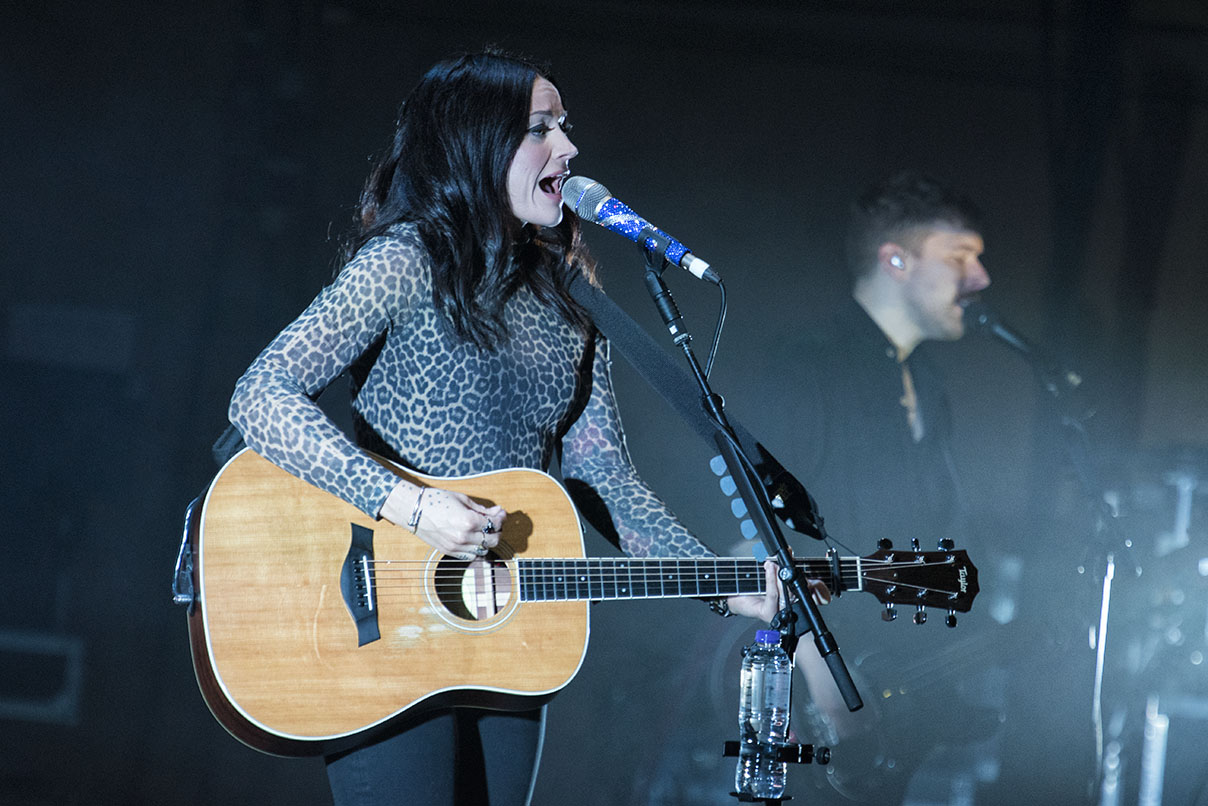 Following Statues was This Is The Life, the song that shot Amy into the limelight in 2007. The performance didn’t lack passion or energy even after all this time and the crowd reacted with a burst of energy. I didn’t think I would witness people head-banging at such a gig, but if there was ever a song to cause some questionable dancing, it was this. This Is The Life still stands as a timeless classic and rightly so.

As the band left the stage, the crowd became restless, cheering for more at an almost deafening volume. Some members of the crowd even walked to the front of the stage to cheer for the band’s return, forgetting this was a seated event. Amy’s fans are nothing short of loyal and incredibly enthusiastic. The encore included the tracks Never Too Late, Down By The Water and ended the evening on the top class banger Let’s Start A Band.

I had a few dances with the aforementioned giddy-fans-seated-next-to-me before the end. It would’ve been impossible for anyone to leave that building feeling anything less than elated. The smiles carried on through from the venue to outside and I looked at people’s faces feeling thankful. This really is the life, isn’t it?