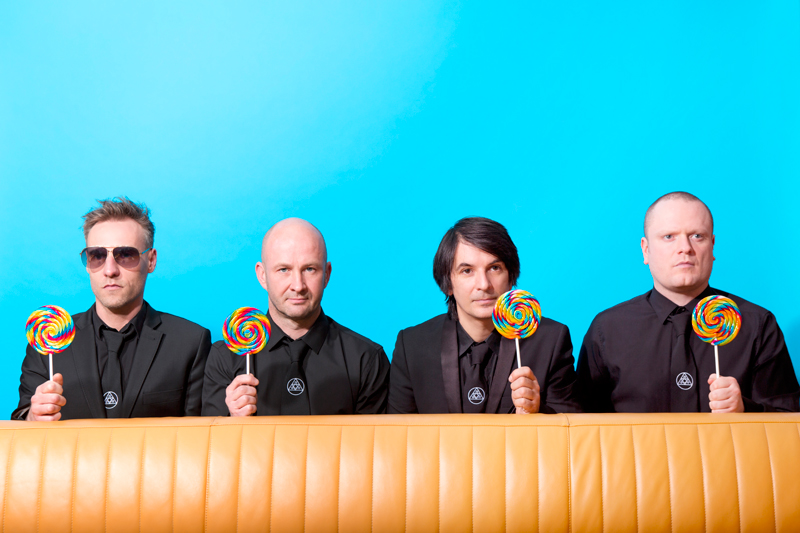 Amplifier return with their 6th and most definitive album to date on 30 June – the epic Trippin’ With Dr Faustus. Chiselled out between 2014-2016, the album instantly delivers the Amplifier twin calling cards of massive riffs with lyrical sentiments that go beyond space/time and the limitations of ones, zeros and polycarbonate manufacturing.

We’re able to offer an exclusive preview of  the opening track Rainbow Machine ahead of release. A track described by Amplifier’s Sel Balamir as “a feel-good journey, full of hope and sunny innocence. We should remember where we came from and where we were hoping to go. We distilled that vibe into this song.”

The track features Manchester singing legend Beth Zeppelin (“…When we hear Beth singing we go weak at the knees…”) who the band met at a Christies Hospital fund raiser in 2016 after the sudden passing of The Starman that led to an invitation for her to feature on TWDF.

TWDF was recorded between 2014-2016 at the band’s studio in Manchester, England. The album was produced by singer Sel Balamir who also  designed the now traditional Amplifier packaging and artwork.  TWDF is a decidedly European affair -mixed by Spanish mixer/producer Iago Lorenzo  in Vigo Spain while the album was mastered by Robin Schmidt at 24:96 in Karlsruhe Germany

It will be available via all digital distributors and in the following physical formats:

The door gave its usual resistant squeak as I pushed and stumbled through it. Friday morning and once again I was the only customer in the last record shop in town. Every week I followed the cobbled back-road trail to Cloven Grooves – number 13, of course – looking for a fix even though I’d rinsed these dusty old racks countless times and the owner’s idea of ‘New In’ was another batch of prehistoric Frank Sinatra LPs…..(tbc)