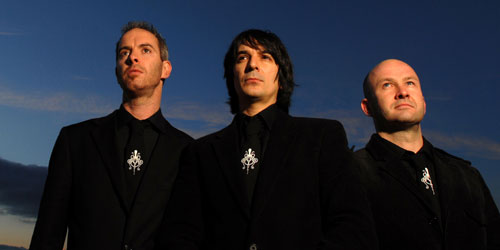 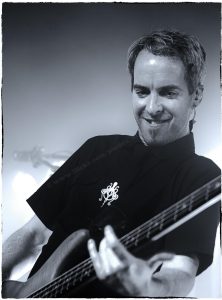 I slipped the disc into the drive. It is ‘The Astronaut Dismantles Hal’ by Amplifier. Six tracks later, the spell is cast as I dab at the pieces of skull and brain matter that have leaked from my nose. The year is 2005 and I was 22.

Supporting tonight are the poorly named Mojo Fury and the excellently named Cyril Sneer. I arrive too late to catch either band but I am reliably informed that both are ace; the former sound like the intersection on a Venn diagram between Reuben and the Furries, whilst the intricate Mars Volta-esque sound of the latter sits well with tonight’s crowd.

Amplifier open with ”ËœForever’ and the feeling here is reverence. Heads nod and sway with what can only be described as mesmeric respect. Describing the band is extremely difficult; remember that Pink Floyd record you went to school with? Well, he joined the army and shaved his head. He still reads the same books but could probably bench-press you above his shoulders. They sound like that. 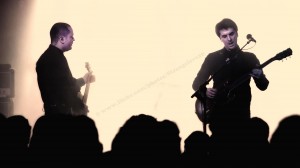 Amid growing spires of squall and feedback, ”ËœThe Wave’ crashes into life. These riffs march; they bowl along the municipal quadrant, droogies in tow, wearing boots made for kicking. Silhouetted occasionally against the flashing lights of Academy 3’s small stage, the Octopus logo dances on three chests. Amplifier are here and they mean business; if the strobes don’t give you epilepsy, the barbarous towers of sound surely will.

Themes of time and space intoxicate through the sonic mire. I imagine Jeff Goldblum ushering King Crimson into the transporter. As the doors seal and Goldblum readies the machine, Fripp cries out ‘wait, you left Black Sabbath in here!’. But it’s too late, the entities have melded and Amplifier emerge from the fog. ”ËœThe Golden Ratio’ waxes and wanes between ornate sonic flutterings and almost interstellar slabs of granite. The thought of a butterfly under a pneumatic drill is thrilling. 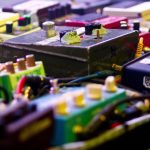 It seems that nothing could prevent this gig from brilliance; erratically airborne pints of beer and, ironically, broken amplifiers only serve to focus the powerful rays of a criminally under-appreciated band. In fact, irony seems to be taunting us tonight; the best British band give us the gig of the year as, elsewhere, the X Factor reaches its chilling conclusion. And as Amplifier deliver another epic piece of Mancunian crunch-prog in a room filling only two thirds of its capacity, Dappy dribbles inanities to a room full of semi-clothed adolescents on the stage below.

We leave with wide-eyed wonderment filling our faces. Tonight, the Astronauts have not dismantled Hal, they have kicked the fuck out of him.