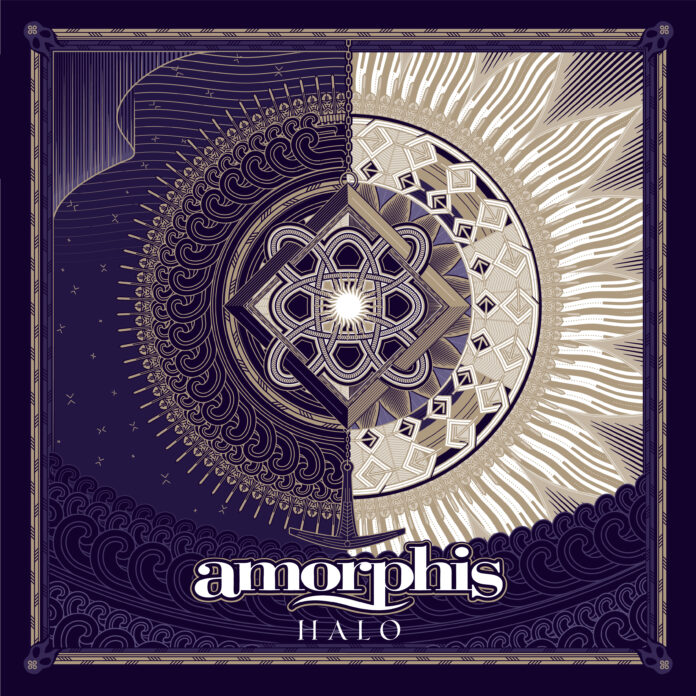 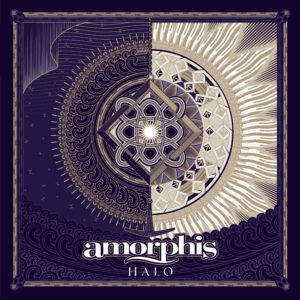 Amorphis, from Finland, to their credit, are a band that remain on a musical journey of development. Death metal has evolved to include elements of progressive metal and at times an almost orchestral like big sound. The band’s lyrics are provided by Pekka Kainulainen, an artist working across many mediums. Each of their songs lyrically utilises his original poems, inspired by Kalevala, a 19th-century narrative poetry collection which holds a key place in the literature of Finland.

On Halo, their latest album, their sound has moved up another musical gear. There is an increased emphasis on growled vocals and, with top metal producer Jens Bogren again at the helm, a very evident musical precision that can handle both the heavier death metal elements as well as the expansive progressive metal arrangements.

The opening song, Northwards, has a beautifully melancholic introduction built on an engaging mix of strings, tubular bells and piano. The gentle sound created is soon fractured by some powerful roaring death metal, taking on another direction in its middle section where Santeri Kallio’s jazz styled organ combines with exquisite melodic guitar soloing before segueing into atmospheric choral voices. The song is tied together by the repeating anthemic chorus and vocalist Tomi Joutsen’s effortless ability to carry off both a ringing clean vocal and death metal growls. Such a mix of musical elements of course runs the risk of sounding confused and incongruent. In the hands of Amorphis, it sounds musically seamless with all the elements in perfect harmony and balance.

The Moon has guitarists Esa Holopainen and Tomi Koivusaari playing at their most hypnotic, with some fabulous counterpoint melodies provided by the keyboards and Noa Gruman’s soaring ethereal voice. Pekka Kainulainen’s lyrics create a vivid picture of the power of nature and the connection we have with the land:

Windmane, which follows, is dramatically driven by the thunderous yet expressive rhythms of drummer Jan Rechberger and bassist Olli-Pekka Laine, which range from full-on blast beat-like power to more subtle rhythmic patterns. The section where the guitar and keyboard solos are traded has the musical inventiveness of progressive rock legends Yes.

Halo, the title track, has a captivating lyrical vocal from Tomi Joutsen that simply glides through the complex layers of sound. The band’s playing here has all the majesty of the stadium-filling sound that bands like Asia and Journey are able to create. The production by Jens Bogren also really comes into its own on this track. The musical arrangements feel completely immersive, with every instrument counting to make a perfect mix. It will sound just amazing live.

The Wolf, with its towering guitar themes, just charges out from the speakers with no let-up for the listener. In contrast, the final track, My Name Is Night, begins with acoustic guitars and strings, which frame the elegant and poetical vocals of Petronella Nettermalm of Sweden’s progressive rock band Paatos. It’s a beguiling ballad sung jointly with Tomi Joutsen and an emotional conclusion to a great album.

Halo is an album of great metal songs and superb musicianship and arrangements led by some stunning vocal performances. It is another significant milestone in Amorphis’s continuing and successful musical evolution.

Watch the official video for The Moon here:

Halo by Amorphis is available now from Sister Ray.